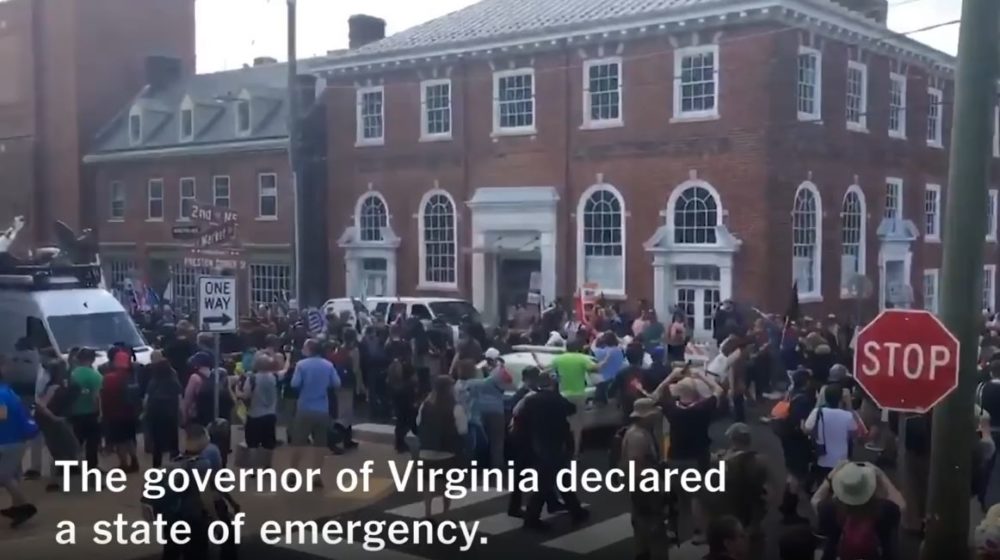 Here are the vetted facts and what REALLY happened in Charlottesville, VA:

People protesting the removal of our Confederate Monuments (American History) got a permit to protest at 10:00. Now, let’s not forget they had to take it to top Va State District Court to get their 1st Amendment right acknowledged and permit from the City & State!

Early morning of 8-12-17 Antifa members, as well as BLM, were being flown and bused in from around the country. (We all know who paid their way there).

At 8:45 am Va Governor & Charlottesville Mayor, who didn’t want the Confederate Monument protesters there, to begin with, sends police in to cancel a protest that hadn’t even started. They forced the protesters out in the streets to a waiting mob of Antifa-fa and BLM. The police were given orders to stand down and let the protesters be attacked.

This was a set up by the Virginia governor to take away protesters 1st amendment rights. It doesn’t matter what the protesters had to say. They had a right to say it all.

Here is what really happened in VA today from a friend who was there and nothing of the truth actually made it to the media so they made up much of the crap you’re being spoon fed tonight yet people continue to believe the media ..!

And since our media is completely, and utterly incapable of reporting with honesty and transparency:

– The Alt Right organized a peaceful assembly in Charlottesville called Unite the Right.

– The organizers lawfully obtained a permit to host this event.

– Wes Bellamy, the Vice-Mayor of Charlottesville, illegally revoked the permit for this event. Wes Bellamy is a known Leftist and is affiliated with the Black Panther Party, a Black supremacist organization.

– The ACLU successfully sued Charlottesville for violating the First Amendment, and a Federal judge ruled that the permit must be reinstated and the right to assemble honored.

– Unite the Right was scheduled to take place at 12:00 pm on August 12th. At 11:30 am, a heavily militarized police force illegally shut down the event, physically assaulting peaceful protesters with batons and tear gas. Several people were illegally arrested.

– While evacuating, many protesters were illegally assaulted by counter-protesters from Antifa and Black Lives Matter as the police stood by and did nothing. Antifa and BLM members were recorded throwing bricks at people, using pepper spray, and throwing Molotov cocktails and tear gas.

– An Antifa maggot drove his car straight in to a crowd of people, killing at least one. The state of Virginia declared a state of emergency with the National Guard on standby, and Charlottesville became the #1 news story in the world.

– The lying media intentionally portrayed this all in a way to make it look like the peaceful protesters were the perpetrators of the violence, rather than the victims, despite heavy video evidence to the contrary.

– This was an enormous breach of everyone’s First Amendment rights and a violent police-state suppression of free speech that is now being hidden by the lying media.

Correct me if I’m wrong but I find some things interesting/worth noting. A gathering of 1,000 or more people, many carrying firearms openly are protesting their cause(s).

They aren’t looting, destroying property, or attacking anyone?

Another large group of counter protestors is allowed to enter the same areas? Why?

Why would the local government and authorities allow this to happen?

Still no armed protesters shoot anybody??

Now the local government and authorities order everyone to disperse and things start to get more chaotic?

Then an alleged protestor drives his car into a crowd of counter protesters which some are saying he was fleeing another crowd that had been heckling and threatening him and beating on his car as well as throwing objects at it?

Why is it anywhere there is a protest or a counter protest involving #Antifa, #BLM, #Resist, or other #FarLeft groups there is always violence, disruption of traffic, attacks with bicycle locks rocks bricks feces urine sticks and even firearms??

Looting, destruction of private and public property, blatant calls for violence, indiscriminate attacks on people solely because of their skin color, attacking, taunting, & murdering cops which have been going on for several years especially the past 8 months, unchecked ??

Now everybody is all of a sudden horrified??