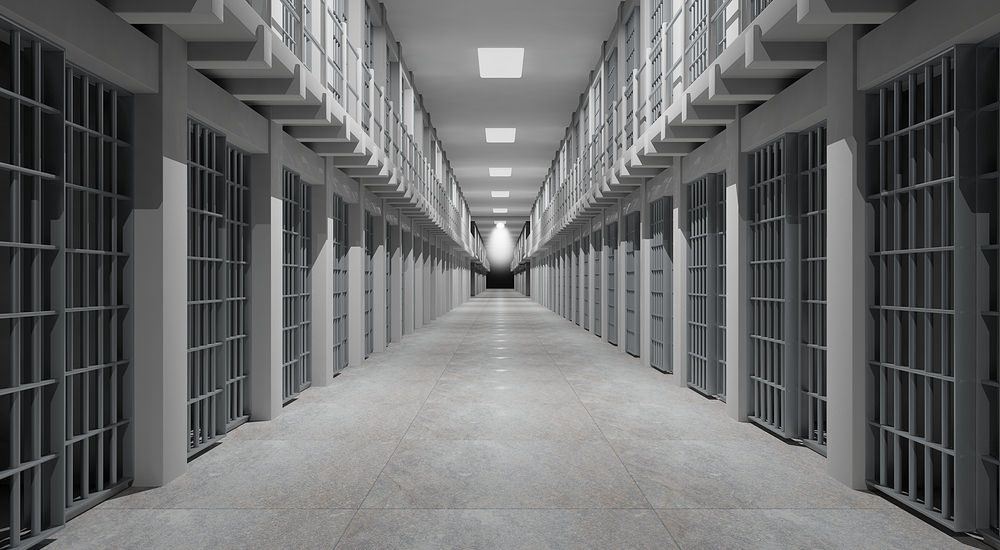 For those who severely betrayed the Constitution and We The People – and for those in the future who would consider such betrayals – Donald Trump needs to build the greatest Maximum Security Prison in the history of mankind!

It will serve as a powerful reminder that corruption in the White House – in the Executive, Legislative and Judicial branches – will never, ever be tolerated. Neither will those be tolerated who proclaim themselves kings, masters, and puppet masters of American statesmen and politicians, such as Soros, Kissinger, Gulen, and other tyrants.

Trump’s Maximum Security Prison – will serve all grateful Americans as an ongoing reminder: that justice prevails and America’s timeless Constitution and Bill of Rights powerfully endure!

During President Trump’s first 100 days in office, let tens of thousands of re-employed Americans diligently and industrially labor – directly and in related industries – to build this greatest Maximum Security Prison in the history of mankind!

It will permanently incarcerate those who profiteered from tens of thousands of America’s finest young men and women – who died and became permanently crippled, having to pay their own tickets home from war, having to repay their re-enlistment bonuses to govt. corruption, having to endure unattended pain due to intended VA hospital dysfunctionalities, leading one to suicide every 62 minutes.

It will not release those who destroyed the souls and lives of American children and their parents. Innocent American children, kidnapped over and over by truck drivers and illegals for $25,000 per head and sold to the molestations of Marxists and Masons! Marxists who believe in no absolutes, always the front for Satanism, and Masonry which quietly boasts its secret of pedophilia in its 32nd Degree Readings.

Needless to say, put in Trump Maximum Security Prison all those profiteering Judases who would arrest We The People Americans, for American sovereignty-destroying foreign-privatized prisons! Let THEM work endlessly in the Prison/Industrial Complex (encapsulated in Trump Maximum Security Prison) they created for honest Patriots and Constitutionalists – profiteering from drugs sold on the streets, so the third offense of those who saw their jobs sent overseas, whose only survival recourse was to sell globalist drugs, were engineered to end up in prison to serve foreign investors.

Let the inmates of federal criminality and corruption eat only the GMOs (profiteered by Rothschild’s Monsanto now Bayer) and destructive, dehumanizing foods, along with the profiteering eugenics vaccinations they promoted. At every meal, let justice be served.

Once a week, all inmates once “above the law” will find it mandatory to watch their billions of stolen dollars, now recovered by America, going to truly altruistic and philanthropical purposes: including Haiti, VA Hospitals, and “smartened-up” education when American students again excel to make America great again!

Learning from the mistakes of other prisons, surface-to-air missiles and state-of-the-art prison guards will be under “standing orders” to immediately shoot down incoming globalist helicopters, intending to liberate inmates of Trump’s Prison.

Congressmen, Senators, judges, puppet masters and puppets, complicit with the criminal Trotskyite multicultural borderless agenda, will be made to share cells once a week with ISIS, muslim rapists, cartel murderers and drug dealers. This is merely justice in the worlds greatest maximum security prison with the entrance slogan, “Justice Prevails in America.”

For all true Americans to support the building of Trump’s Maximum Security Prison – is to support the rebuilding of the timeless Constitution and Bill of Rights of the United States of America! Let a chapter in all forthcoming American civics books be dedicated, that “This is where all betrayers of the Constitution and the Bill of Rights and We The People end up! Children, you don’t want to go there! Rather, God and America will reward you as you help to MAKE AMERICA GREAT AGAIN!”