Breaking: Terror in Sweden, Many Injured at Least 3 Dead 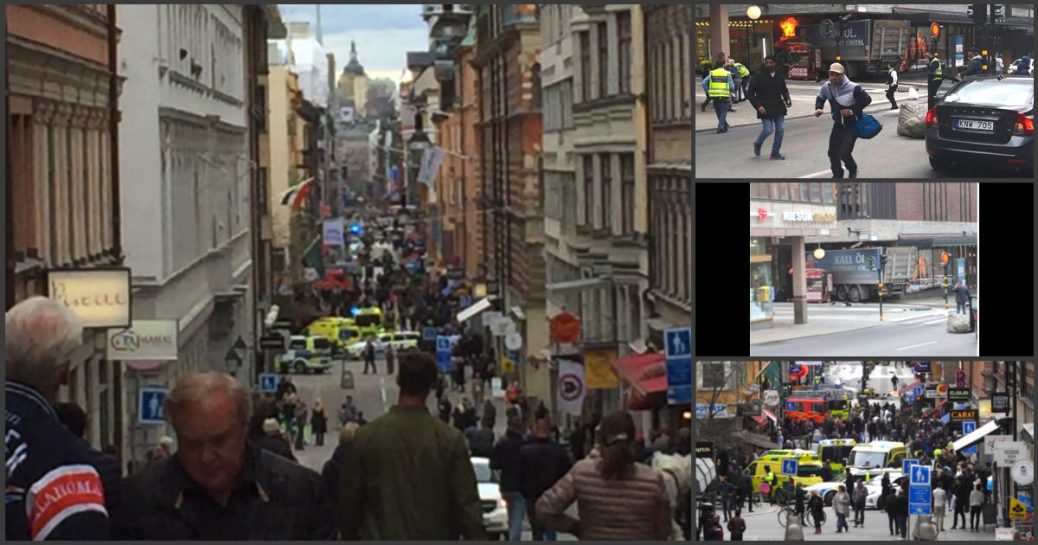 Swedish authorities confirm that the suspect in the terrorist attack is still roaming free.

Swedish Prime Minister Stefan Lofven told the media that someone had been arrested but police later clarified that the driver of the truck had not yet been found.

“We have no contact with the person or persons who drove the truck,” Sweden’s top police chief, Dan Eliasson, told a news conference.

“Right now we have no one arrested,” said Jan Evensson of the Stockholm police who urged people not to drive into central Stockholm.

The death toll has risen to 5, with dozens more injured.

Arrest made in truck attack!

#BREAKING: One person has been arrested after the lorry terror attack at a #Stockholm department store https://t.co/kn38ue5m5A pic.twitter.com/xGlEvNgTLk

Swedish news is reporting that the truck used in the attack was hijacked earlier today from a local brewery.

Also, Swedish authorities are confirming that this was a terrorist attack.

"Sweden has been attacked. Everything indicates that this is an act of terror" says @SwedishPM. https://t.co/3zGsHUzpRf #Stockholm pic.twitter.com/V28lED2858

#Breaking Stockholm attack: Brewery company says it owns the truck and it was hijacked earlier in day #Stockholm https://t.co/JuH76UfmkZ pic.twitter.com/1mfW9xiGa3

It seems that the shooting that was earlier reported was actually a 2nd, different incident that was taking place away from the scene simultaneous with the truck attack…

#Stockholm – Just in: Shooting reported at second area in Stockholm which is 20 minutes away from first location. #Skynews pic.twitter.com/rCSQKmQ8X1

It seems that another possible terrorist attack has taken place in Europe.

This time the target was in embattled Sweden, where migrants have taken control of whole swaths of the country and carved out “No-Go Zones,” where ethnic Swedes are scared to wander. In fact, Sweden has suffered dozens of “grenade” attacks over the last year, a form of terrorism that seems to be particularly unique to Sweden.

A large semi-truck plowed down a crowded street in Stockholm, Sweden earlier today injuring many and killing at least 3 people, according to witnesses. Fox News’ America’s Newsroom says that there are also initial reports claiming that shots have been fired on the scene.

“Police received a call from SOS Alarm that a person in a vehicle has injured other people on Drottninggatan,” police wrote on Twitter.

A witness told Swedish newspaper Aftonbladet: “I went to the main street when a big truck came out of nowhere. I could not see if anyone was driving it but it got out of control. I saw at least two being run over. I ran as fast as I could from there.”

#Stockholm: Swedish radio says three people have been killed in the crash and Swedish broadcaster @svt says shots have been fired – @AP

Shots are said to be fired in central Stockholm. Swedish radio has reported 3 people to be killed. #Stockholm #Sweden #Europe

The Swedish police just said they 'suspect' it is a terrorist attack. #Stockholm 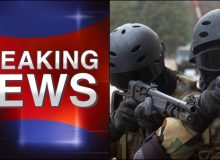