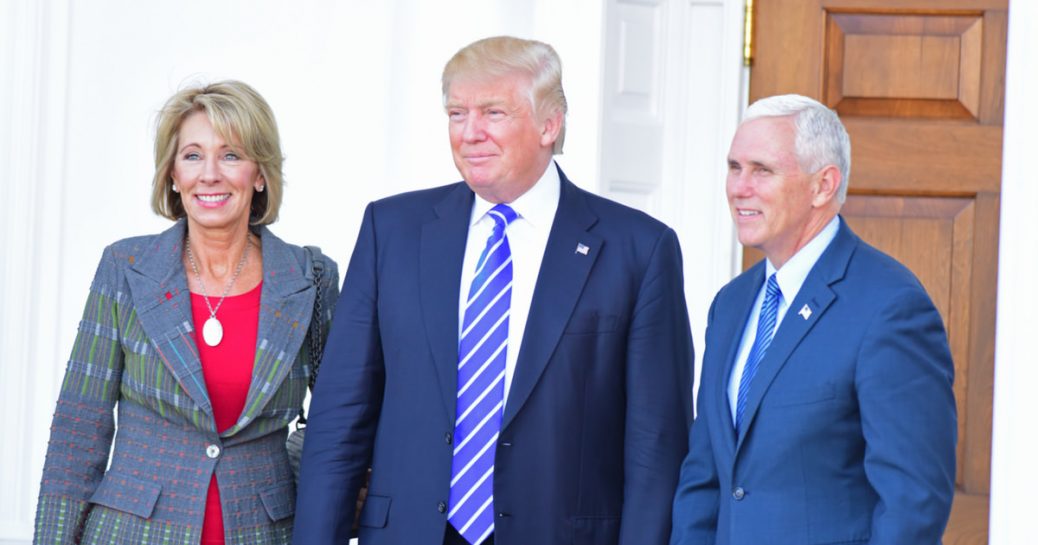 Vice President Mike Pence was forced to make his way down to the Senate today and cast a vote to break a tie that was holding up the confirmation of Betsy DeVos as President Trump’s Secretary of Education. DeVos faced heated opposition from the Teachers Unions and the liberals who those unions support, but what was surprising was that the Unions held enough sway over two GOP Senators to force this gridlock. Alaska “Republican” Lisa Murkowski, and Maine “Republican” Susan Collins (both deep in the pockets of the teachers unions) voted “NO” on confirmation. Now the question is… will they face repurcussions?

School choice advocate Betsy DeVos was narrowly confirmed Tuesday as the next education secretary despite deep opposition from teachers unions and other groups, after Vice President Pence intervened to cast a historic tie-breaking vote.

Pence’s vote marked the first time in American history a vice president has broken a tie on a Cabinet nominee’s Senate confirmation – and the first tie-breaking vote by a VP since 2008. Pence was compelled to cast the vote after two Republican senators – Susan Collins of Maine and Lisa Murkowski of Alaska – joined all 48 Senate Democrats in opposing DeVos.

“The Senate being equally divided, the vice president votes in the affirmative and the nomination is confirmed,” Pence said, stepping into his role as president of the Senate in a brief appearance on Capitol Hill.

With his support, DeVos was confirmed on a 51-50 vote.