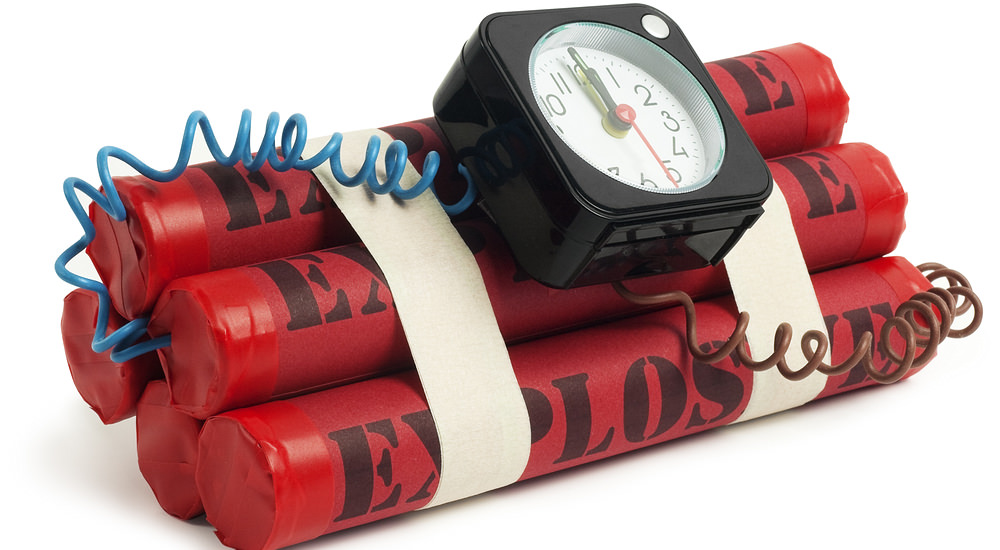 As Republican candidates surged across the nation in the final weeks of the 2018 mid-term election, out-of-the-blue appears packaged devices sent to Democrats and Leftists supporting Democrats. Is this the work of Right-wing fanatics, as news media pundits on the Left would have us believe? Or is there a more sinister plan afoot?

There are a number of clues that point to several possibilities for motives. According to experts, these “bombs” were deliberately designed to not detonate, apparently, their construction was directed or performed by a skilled bomb maker to create “bombs” similar to the fake bombs used in films and on television. Some observations:

Given that the bombs were (1) not intended (or perhaps not capable) of detonating, and (2) were intended for radical Leftists and leading voices of the Democrat Party, there are only two rational possibilities:

Any notion of terrorism can be set aside because real terrorists would not pull such a bonehead stunt and they would not target just one political party.

But who would pull a ham-handed stunt that is so obviously designed to elicit sympathy for Democrats that would bolster their polling?

The most likely scenario is that this was concocted by operatives within either the DNC operation or the Soros organizations. Apparently, the Soros “bomb” was a test run to get media pundits on the “usual suspect” Leftist TV outlets primed for the main event on Wednesday.

On cue, across the board, Democrat politicians and Leftist pundits were non-stop blaming (of course) President Trump on the absurd basis that his calling out the “fake news media” was equivalent to acts of violence! Trump was treated as a greater threat to civility than Rep. Maxine Waters’ hysterical lunacy wherein she encouraged Democrat supporters to acts of incivility, intimidation, bullying, and verbal assaults. Waters’ lunacy was joined by former AG Eric “kick them” Holder and the ever-present confused mind of Hillary “the loser” Clinton who also encouraged acts of incivility.

Note how Democrat “targets” of these “bombs” were speaking as if in unison. Same anti-Trump diatribes, blaming Republicans and “the Right” for this phony “bomb” scare stunt.

Really. Think about it. What are the chances that so many of these devices could be sent, yet not one of them functioned? Hint: Less than the chance that any Progressive Left Democrat politician can utter a single sentence without deceiving and distorting his opponent.

The carefully choreographed responses, the timing, the “targets”, the entire scheme reeks of a classic Democrat Leftist political stunt designed to smear President Trump and his supporters while generating sympathy for Democrats.

As with the caravan stunt, the Kavanaugh stunt, the stunt of promising free this and that, this stunt will be exposed for what it is. Just another “end justifies the means” cheap stunt designed to deceive voters just before the midterm election.

It’s yet another reason in a growing list for voting straight Republican, even if you’re not enamored with the candidate. Democrats must learn they cannot get away with these cheap political stunts.

With the Fascist ANTIFA and BLM groups terroristic actions, the shooting at Republican ballplayers that nearly killed Rep. Scalise, the mobs on college campuses denying conservative voices an opportunity to speak, violent mobs attacking Whites and shouting racial slurs, incivility and bullying of Republican lawmakers and their families, it is clear that the mob tactics of the Left have not set well with normal, rational Americans of all political persuasions.

As President Trump notes, voters have a choice between mobs and jobs.

We’ve seen the Democrat Party of the 1950s and 1960s slowly deteriorate over the years into the Leftist swill that currently passes for the Democrat Party. The Clinton loss in 2016 triggered the collapse of rational discourse and apparently blew the lid off civility for Leftist Progressive Democrats who see their sure-fire grip on this country being smashed by the massive successes of President Donald Trump’s administration.

The success of the tax cuts in bringing business and industry back to the USA (an accomplishment Barack Obama claimed was impossible), the success of trade negotiations that are creating a level playing field so the USA isn’t always going up a steep slope, the strong stand on protecting our borders from the invasion of illegals, and finally, the exposure of the complete bankruptcy of the Democrat Party during the Kavanaugh confirmation hearings, all created the building momentum of a Red Wave that would swamp the Blue Wave Democrats were counting on to help continue their “resistance” movement.

The trend of polls showing movement toward Republicans had to be stopped. What better way than to create sympathy for Democrats while demonizing Donald Trump? The Left viewed this as an opportunity to do something… anything… to stop the poll movement. Their solution would entail no risk to the “targets,” would simultaneously generate sympathy for all Democrats while undercutting Donald Trump’s message as he tirelessly campaigns for Republican candidates across the nation.

The only problem is, the stunt was poorly timed. The level of surveillance and outstanding investigative capability of the FBI will uncover who was behind this and it will happen in a fairly short time. Don’t expect much coverage by “the usual suspects” who will carry on just as if it had been Donald Trump who mailed those devices!

Don’t be surprised if this isn’t the only “October/November” surprise the Left has planned. Vote fraud and election-day disruptions aimed at suppressing Republican and Independent turnout are highly likely.

It’s what the Left does.