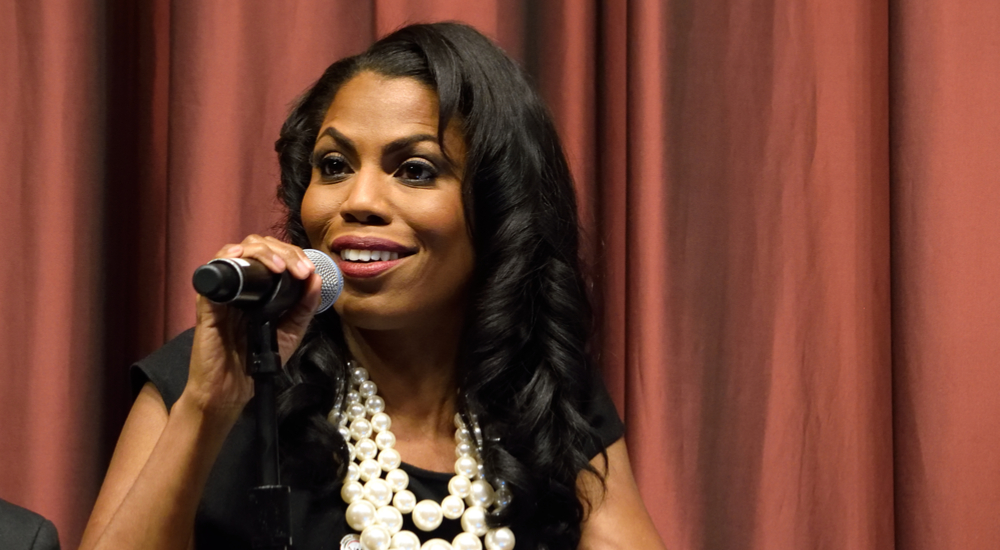 My fellow Americans, I am so weary of people on the national stage willing to sacrifice the best interest of our country and people to serve their egos and personal vendettas. Former White House aide Omarosa Manigault-Newman is the latest to show her true colors. Omarosa was fired. Now she is claiming she heard Trump use the N-word. https://nbcnews.to/2MexL0T

President Trump has been awesome for minorities; sending black and Hispanic unemployment to historic lows. https://bit.ly/2MeGikU So what good does Omarosa’s unsubstantiated claim do for anyone other than feed the American left’s lie that Trump is racist? Clearly, Omarosa is another ego and power driven person making it all about her. The American left will treat Omarosa’s claim like manna-from-heaven; promoting it 24/7. The American left is so obsessed with blocking Trump from making America great again that they will use any and every despicable evil low-life tactic necessary.

The American left claims to be outraged over the possibility of Trump using the N-word. Meanwhile, their operatives freely use the N-word and racial slurs to trash patriotic blacks. For years, leftists have called me a “stupid n*****” for loving my country. The American left did not have a problem with Bill Clinton saying this about Obama, “A few years ago, this guy would have been getting us coffee.” The American left was not particularly outraged when former KKK member Democrat Senator Robert Byrd said, “I’ve seen a lot of white niggers in my time…”

When black Republican Michael Steele ran for U.S. Senate, a leftist defaced Steele’s photo to depict him in black face. The caption with the racist photo said, “Simple Sambo wants to move to the big house.” https://bit.ly/2NKBRuL

Years ago, I attended a party in which white guys were freely using the N-word, quoting lines from Quentin Tarantino’s “Pulp Fiction” movie. It was as though the movie made it cool. I was taken aback. In my day, if a white person disrespected you by using the N-word in your presence, as a black person, you were obligated to kick their butt. But somehow, the leftist movie director using the N-word made it okay – even cool. Tarantino’s movies obsessively use the N-word; 110 times in “Django Unchained” and 65 times in “The Hateful Eight”. The American left says, hey it is acceptable because Tarantino is one of us (leftist). https://pge.sx/2nvYDex

White kids think it is okay to spout the N-word when they are quoting rap songs. Anyone caught criticizing black rappers for using the N-word is deemed racist by the American left for not understanding black culture.

Notice the American left’s glaring hypocrisy regarding who is allowed to use the N-word.

The entire Trump-is-racist-narrative is rooted in smoke, mirrors, lies and spin. On numerous occasions I’ve asked fellow blacks to name one thing Trump has done to confirm he is racist. They cannot. They simply believe Trump is racist because fake news media says he is. In desperation to prove me wrong, they parrot leftists’ absurd lie that make America great again is code for turning back the clock on freedom for blacks and women.

I find it extraordinary that the American left has successfully made Trump saying he wants to make America great again deemed racist in the minds of many. For crying out loud, we live here. This is our country. Isn’t it common sense that every American should want their homeland made great? And yet, leftists call the statement “hate-speech” and are physically attacking Americans wearing “Make America Great Again” caps and t-shirts. https://bit.ly/2OoWGNk

Along with 63 million Americans, I knew presidential candidate Trump had a heart for his country. This is why I am the singer/songwriter of the “Trump Train” music video. https://youtu.be/XKpesfFPK0U In a remarkable short amount of time, Trump has brought back jobs; putting Americans back to work. Our economy is booming. Trump has put the world on notice that they can no long undermine the US and expect us to shower them with money. Trump truly is a new sheriff in town standing up for America’s best interest.

Omarosa obviously cares more about destroying Trump than she cares about the good he is doing for her fellow blacks and fellow Americans. It is time we tell these petty all-about-me people to go away.