Bigoted Liberals Believe that Christians are the Problem 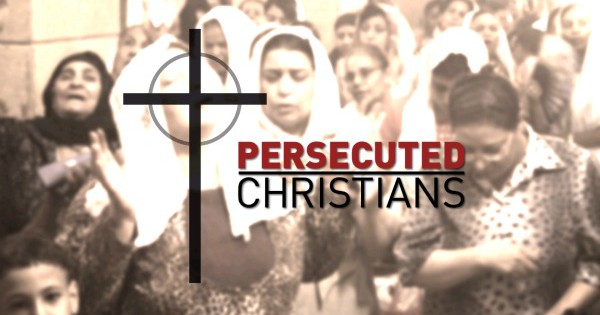 The massacre of HUNDREDS of Christian worshippers over the Easter weekend in Sri Lanka should have proved something to everyone.

Liberals are hypocrites, bigots, and morons. (All at once.)

Their reaction, when considered in light of the recent mass murder of about 50 Muslim worshippers in Christchurch, is nonsensical.

Remember after the Christchurch shooting liberals were apoplectic. They blamed Donald Trump and conservatives and white people and Christians and anyone else they didn’t like. They argued that this one incident was emblematic of all of the problems in the West and that it proved everything the left says is right.

Meanwhile, Christians are routinely mass-murdered by the hundreds in Africa and Asia, but the left reacts to those atrocities as if they’re just ‘farts in the wind.’

The holiest day of the Christian calendar turned to tragedy on Sunday in Sri Lanka. In a series of coordinated attacks, suicide bombers struck three Catholic Churches, as well as hotels in cities across the country. At least 300 people were murdered, hundreds more were wounded.

Sri Lankan authorities say the attackers were affiliated with a local terror group. The attackers were radical Muslims. Their motives were religious. Their targets were Christians. None of that is speculation; it is true. And maybe because it is so true and so obviously true, nobody in authority wanted to say it out loud.

“Easter worshipers.” Why don’t you say Christians? Nobody worships Easter. There is a reason, of course; euphemisms are never accidental. Our leaders believe Christians are the problem, that they are the dangerous ones. They can’t be trusted. Tell them the truth, and they might go crazy and organize a new Crusade — unsheath their swords and march on Jerusalem. You never know with Christians.

On Monday night, the Washington Post ran a story with his headline: “Sri Lanka church bombings stoke far-right anger in the West.” As if you have to be some kind of Nazi to be upset about church bombings. That’s what they seem to think. That’s why our leaders consistently ignore the persecutions of Christians around the world. When U.S. policy contributes to that persecution — and it does — they say nothing about it.

For example, less than 20 years after we overthrew Saddam Hussein, three-quarters of Iraq’s once-thriving Christian population is gone. They have either been murdered by Islamic extremists, ISIS in some cases, or they have been driven out of the country as refugees.

In Syria, Christians lived for generations under the protection of the Assad family. They don’t all have to say that anymore or even know it, but it doesn’t make it any less true. It is true. And you can talk to the hundreds of thousands of Christians who fled the country since the U.S. began supporting the overthrow of Bashar al-Assad if you want to know details.

But no one in the American media ever asks their opinion, and nobody cares. Nobody cares that so many of our allies in the Middle East — countries that receive billions in U.S. tax dollars every year — repress Christianity.

Afghanistan, for example, receives billions from us every year. Why? So we can turn it into Belgium. But right now, in Afghanistan, converting to Christianity carries a death sentence if you are a Muslim. The same is true in Saudi Arabia and the UAE, both countries backed by the United States. In Egypt, conversion is legally restricted. And while it doesn’t carry a death sentence, polls show that most of the public in Egypt wishes it did.

So where is our State Department in all of this? The State Department who spends a lot of time looking out for the human rights of people in countries we can’t pronounce. They ignore it. When was the last time, the United States pushed another country to treat Christians better? Well, in some cases, it would be pretty easy to do that. We could demand that Saudi Arabia or Pakistan or Afghanistan — countries were dependent on us — implement full freedom of religion before we give them any more U.S. aid.

Why wouldn’t we do that? Because we are afraid of being criticized by the nihilists at the Washington Post?