You Don’t Fight Feelings with Facts! 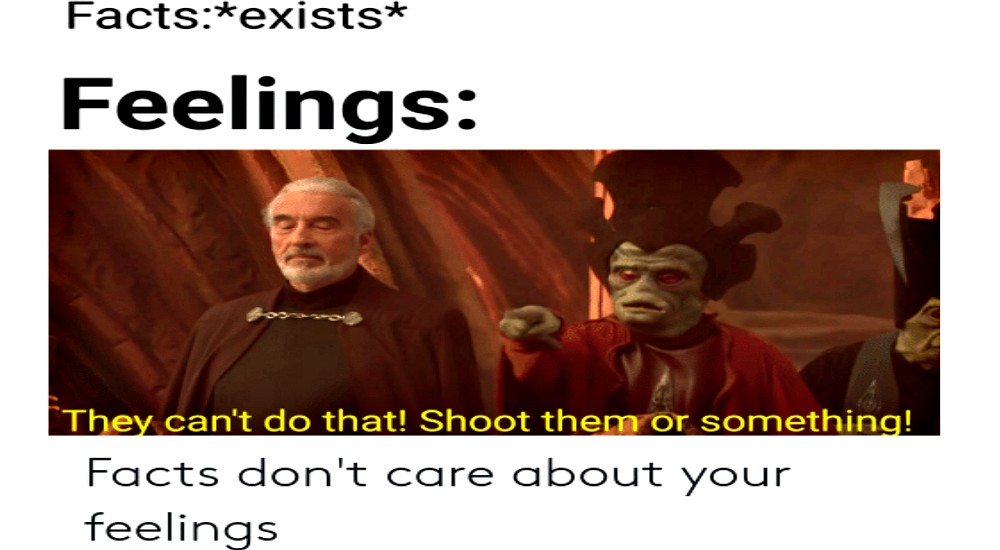 In a world desperate for spiritual grounding, it isn’t surprising that many people, especially young people, look upon what mankind has created for itself on this planet with disdain. There is just so much wrong in this world and someone has to do something about it. People are dying. They are dying from starvation and lack of shelter and lack of access to medical attention and sometimes even lack of water on a globe of plenty. How could any of this really seem right to anyone and especially people who don’t completely understand history, politics, and economics? Especially politics. People like this, innocent (more or less) in the chess game of life yet still wanting to make a positive change in a world they see as gone wrong become easy prey in politics for those who wish to turn them into useful idiots.

Remember how boring history class was in school? I bet you do. Most public school students hated history class when I was a kid. Geography is part of public school history (or social studies if you prefer) classes and Americans especially, are notorious for their ignorance when it comes to where things are in the world. If people can’t remember where things are on a map from history classes, how could they possibly have much of an understanding about a subject as complicated as world history? Obviously, they can’t.

These nice people, who in their hearts want to make the world a better place don’t see modern civilization as a group of humans who crawled their way out of starvation and poverty they see modern civilization as those who exploited the masses in order to oppress the poor. They cannot make the connection between effort and reward and do not realize that the uplifting of humanity as a whole is an ongoing process that cannot be accomplished with the wave of a magic wand. Everything else they experience in the world is delivered to them in nanoseconds but we can’t feed the people? People screaming in the streets don’t understand why we cannot and why it takes a lot more than a fleet of airplanes dropping food to starving people or why we can’t just fill empty houses with the homeless.

All these people have is their feelings because they don’t understand the facts. People are going to have opinions. Right or wrong based on facts or feelings everyone has an opinion. If you want to get through to these people en mass you can’t impress them with facts they can’t understand. Just because you study and understand doesn’t mean they will. What, are you going to sit them down and give them a world history class and expect them to stay awake? Economics? Politics? You are just kidding yourself if you think that facts are going to bring any of these people to your side and isn’t that what you want?

It’s time to get a little more creative than “Look what this piece of paper shows.” If we want to turn these people around we need puppies and kittens. Pass the Dutchie to the left-hand side mon. The biggest problem the right has is the kind of arrogance that thinks everyone does or should think like us. They don’t and people aren’t getting any smarter as science has confirmed.

Conservatives need to start selling conservative values the way a salesman sells any product. People don’t buy cars because they are practical. If they did everyone would own a Toyota. People buy what they have an emotional connection to. We need to show simple-minded, well-intentioned people that they can’t live without conservative values and capitalism. If we don’t some carpetbagger will get their votes instead.