Big Government Driving the Next Generation Into Bankruptcy! 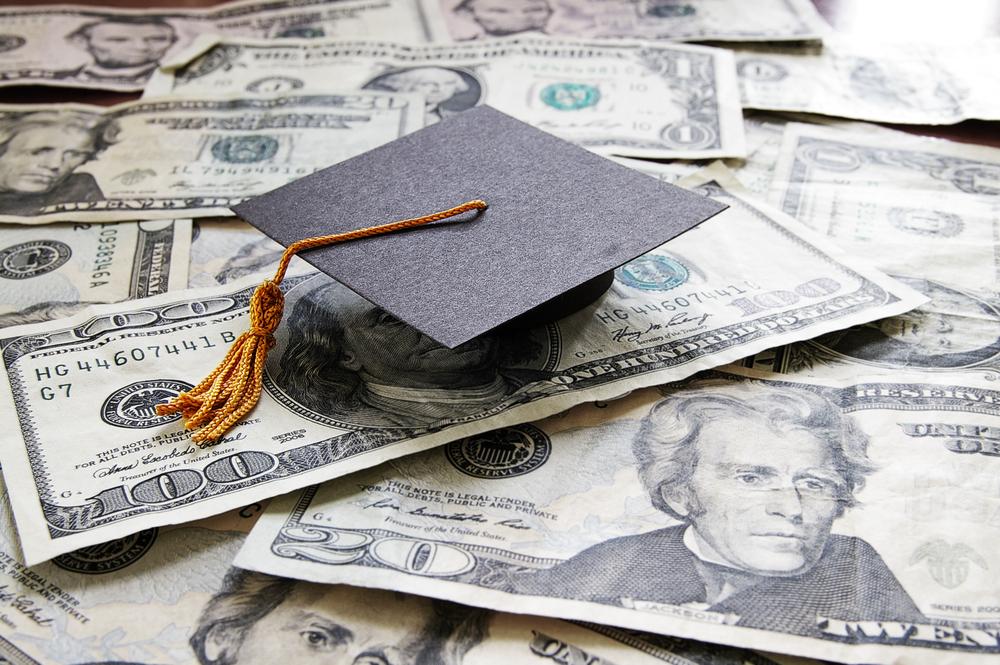 Have you noticed that higher education is the only industry in America, other than maybe the “renewable energy” industry, that never gets any cheaper? Businesses in every other industry must compete for customers by cost cutting and innovating, allowing them to often offer a better product for less money.

Yet big education can continue to raise the cost of a college education almost recklessly without incurring the wrath of either their patrons or the unwashed 99%, who protest the runaway cost of every other “big” industry.

Ever wonder why that is and why the 99% unwashed protest class leaves them alone?

Well, for starters, the left understands that virtually all colleges and universities are themselves run by leftists, where the leadership of the protest class more than likely received their training on how to become a radical. It would therefore be a bit unseemly to bite off the hand that fed you, as it were.

Then there is the relatively new found mission of big education, which is the want to recruit more and more “low income” students, who they say, would never have the opportunity to go to college. And because low income students, they say, “fear debt and have much less experience with debt than middle and upper income families. What little experience they have with debt is much more likely to be negative.” Yes, because debt for middle and upper class is such a positive experience.

Due to the potentially traumatizing effect of a student loan on a lower income student, more colleges are offering “No Loans.” These are also referred to as “free tuition” programs for low income students.

This all sounds great, until you realize that someone has to pay the tuition, as nothing is truly free. And if the low income student isn’t paying tuition, the rest of the unwitting student body must pick up the slack by chipping in a bit more, thereby raising their already astronomic student loan amounts. Oh – I forgot – more debt is a positive experience.

But that’s a small portion of why big education is so expensive. Colleges are run like quasi-branches of the government with their layers and layers of bureaucracy. Like government agencies, colleges have a myriad of unnecessary departments filled with overpaid chancellors and vice chancellors and assistants to the assistant of gender fluid bathroom policy. All are a complete waste of money and all adding to the high cost of college yet not any value to the education they receive.

So what can be done about it? Well, when you’re talking about The Harvards, Stanfords, Yales, etc., not much can be done. These are technically private institutions and sport a reputation that allows them to charge virtually what they wish. But State schools are different. These schools are effectively wards of the state and as such can be controlled to an extent by their states’ legislatures. If a state has the courage to insist the school lower its tuition rate, the state college must comply by somehow cutting some of the unneeded fat from it’s otherwise bloated budget. But how often does that happen? Sadly, not very often – but it does happen. When it does, that state should be recognized.

One of those is Tennessee, who recently passed a law dumping the worthless “Office of Diversity and Inclusion” at the University of Tennessee in Knoxville. The College Fix reports that the law shutters the office and its $445,000 annual budget.

It seems the “over-the-top political correctness was all too much for state lawmakers.” Among other things, what prompted the lawmakers’ action was the office’s “request to students to use ‘gender-neutral pronouns’ such as ‘ze, xe, xem, xyr, zirs and hirs.’” The topper was when the “Office of Diversity and Inclusion told the campus to ensure your holiday party is not a Christmas party in disguise.”

So the Tennessee legislature took a stand and dumped the University department and it’s overpaid vice chancellor for diversity who was making over $181,000. One person accounted for almost 41% of the entire office budget. That’s not a waste of money at all. I’m sure he, she, ze, xe, xem or xyr will be missed.

More states need to start stepping up and cutting these useless and expensive programs out of their school’s budgets. Maybe then big education may begin to align more with economic reality.

You can stop laughing. I know I’m dreaming.