Where are the Athletes Opposing Gang Violence against the Black Community?

NFL owners have bought into the Democrat lie their players promote that President Trump is a white supremacist, the police are the KKK, and the fans who support them are racists.

Liberals are succeeding in destroying the NFL by having them cut their own throats.  By endorsing these advocates for criminals they are adopting the stupidest lie over which the NFL will die.  The hated sport of the Left, Goodell and these billionaire owners deserve what’s coming to them.  Fans should throw cartons full of rotten eggs at these offending cretins and shout;

Black athletes of the NFL, along with some stupid white people, are taking a knee or linking arms in protest of young black men being killed by police declaring they are being murdered by racists!  They are protesting, not against black gangs slaughtering people in the streets, but against President Trump as a white supremacist!  NOT ONE is speaking out, taking a stand against, condemning, or acting against the black gangsters in Democrat cities who are murdering hundreds of black men, women, and children.  America’s city streets are running red with the blood of young black men, who are being murdered, not by police, not by the KKK, not by white supremacists, but by each other!

The false protest against America 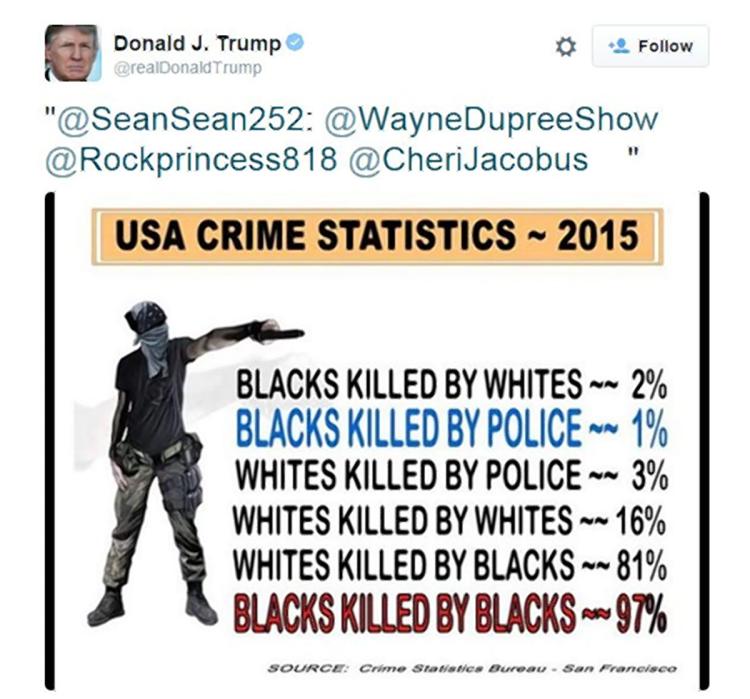 When a white cop shoots a black man, 999 times out of a thousand it is the justified shooting of a violent and dangerous criminal.  But if you listen to the leftist liberal Democrats that figure is reversed because they claim all cops are racists and all blacks they shoot are innocent victims.  The NFL is perpetuating this lie with their demonstrations against the flag and against the anthem, and they, like Kaepernick who started this disgusting display, this injustice in the name of social justice should all lose their jobs.  But the only reason he lost his job is because he quit and now players are blackmailing owners to rehire him, and that is the fault of Goodell and the NFL owners who refused to abide by their own bylaws and kick all the bums out.  He is not the only one who should have lost his job.  Every player who has disrespected the flag, disrespects police, and disrespects the good people of this country should all be kicked to the curb.  Let those who love America, who will fight for what is right, who will work to honor the good citizens of this nation rather than fight to protect the criminals, take their places.  Sports are where Americans go to relax, unwind, and find a hero to cheer.  It is unfortunate that those heroes are hollow athletes who are only celebrated for their prowess on the playing field and not the heroes who sacrifice every day to help their fellow man.  My personal heroes are men like Navy SEAL Chris Kyle, Sheriff David Clarke, and America’s Truth Detector, Rush Limbaugh, who speaks out against the lies of the Left.

The problem with America is that Democrats have glorified and encouraged criminal behavior by blacks who subsist on their new plantation as welfare voter slaves of drug dependent entitlement.  Whenever they talk about helping the poor it is never about how blacks in ghettos should be encouraged to go to school, but how Republicans deny them schools.  They never talk about keeping them free from drugs or out of gangs or away from crime, it is always about how white people force them to use drugs, join gangs, and commit crimes by denying them opportunity for education and careers.  Democrats never talk about the responsibility of getting an education and working a career.  They always talk about blame and making scapegoats of Republicans.  The twisted morals of the Left have corrupted America’s youth and blacks are paying the price more than any other, and they don’t see how they have been sent to Hell in a handbasket.  They believe the Democrats have been taking them on a picnic while Republicans brought the ants.  It’s the sickness of dysfunctional liberal thinking due to the deception of leftist politicians.  Blacks have been convinced by Democrats, their former slave masters, to follow them to their own destruction.

Blacks are raised to hate police and encouraged to commit crimes