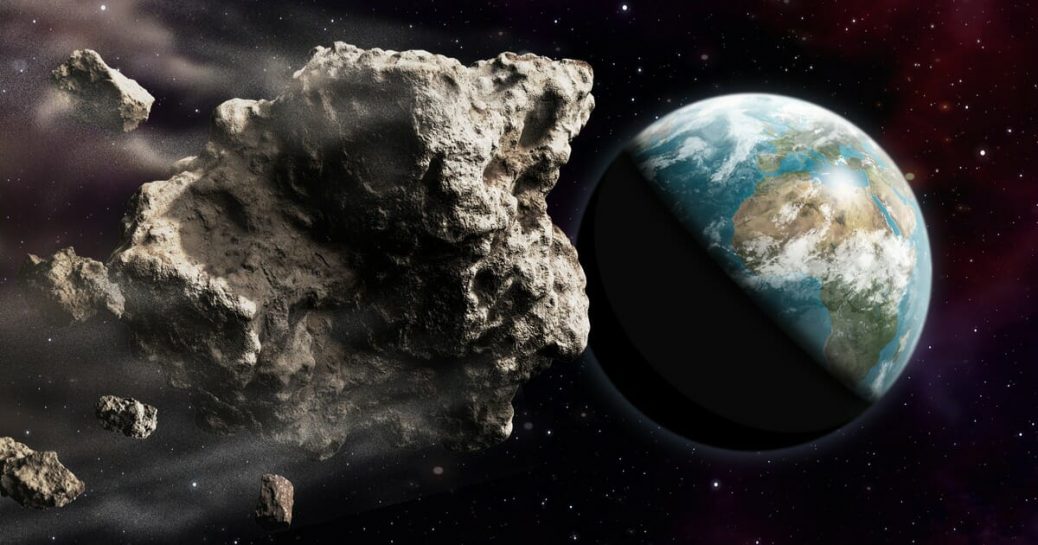 A huge asteroid, perhaps capable of ending life on Earth, or at least a major part of it depending on where it strikes, will arrive on December 17, 2017. NASA can do nothing about it having spent its’ money on  “Man In Space” programs and “Global Warming, Climate Change” myth promotions. The total amount NASA has spent has been privately estimated at $1.7 trillion.

It is not possible to get a straight answer from NASA on what they have spent as they are very defensive and prickly about all the money they have wasted with no return.  Over the years they have claimed to have invented many things in “Man In Space,” including Velcro, but that was created by a Swiss inventor in 1937, but was not manufactured for sale until much later due to the high cost of production.  Textile engineers finally solved all the manufacturing problems which made the product more sturdy and usable industrially and by NASA, but they took credit for it.

They have also taken credit for several computer systems, but tracing every such claim back reveals the system in question was invented for another purpose and simply adapted by NASA engineers.  They are great adapters, but so far have made no real contributions.

With regard to outer space:  Outer space is a vacuum that only has lethal radiation in abundance and anyone it is has to be shielded or there only a short time.  The long term manned missions have been problematic and the subjects face a high likelihood of developing lethal cancers. The cancer hazard is so high it has been noted in airline personnel as they suffer higher cancer rates than people who stay on the ground.

The moon has one thing we could get there more abundantly than on Earth:  Helium 3, a radioactive isotope of ordinary helium 4, that is more common on the moon than Earth due to the high exposure of ionizing radiation as Moon has no atmosphere, but recovering it requires a lunar mining operation with a cost far out of range compared to manufacturing Helium 3 here in nuclear reactors.  When we add it all up we can append the famous Star Trek motto, “Going where no man has gone before…” with “…because it was stupid!”

Meanwhile back at the space rock called “3200 Phaethon” named after a Greek God, perhaps taking a bead on Earth approaches at a velocity of  40 miles per second or 144,000 miles per hour!  It is three miles in diameter of solid rock which if dropped into the Indian Ocean would take out India, China, Japan and Africa as well as the western coasts of North and South America, Australia and Hawaii as a snack along the way with a several mile high wave ripping everything in the Indian and Pacific Oceans.

If it strikes anywhere in the Atlantic, North and South America as well as western Africa and all of Europe would go. This rock is about half the size of the one that ended the dinosaurs and created all the birds as the smaller dinosaurs survived.

We have a “scrambled book” experiment at: http://apocalypseasteroid.blogspot.com/  you may find entertaining as you can experience it as  “single man,” “single woman,” married man” or “married woman” in exactly this situation which may well become your reality on December 17.

The crushing reality of this event, or anything like it we are bound to experience at some point as the likelihood becomes greater every day.  NASA could have prepared for this if in 1958 it had not been run by a bunch of evil jerks seeking quick fame, glory and money by putting “Jockstraps In Space,” but they knew the level of our cultural development is such that we spend billions Dollars quick-witted promoters with taxpayer money to build football stadiums so the descendants of slaves can beat their brains out to become blithering idiots for our “entertainment.”

That this is the level of our culture explains how “Man In Space” happened and why we all, or some major fraction of us may die on December 17, 2017 and the best we will do is have some public hearings on it.  Will they be in America or Russia?  That is the ironic turn of events to be delivered to us by a rock named “3200 Phaethon”