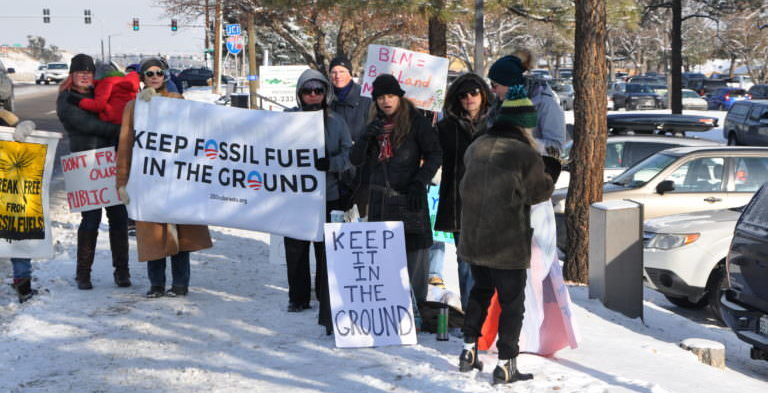 With Donald Trump, a vocal global warming sceptic, as president, we thought that the global warming believers would be silenced. Instead, the US Senate is intimidating Trump’s political appointees to pretend to believe. It appears that we skeptics must hone our arguments to win this discussion, or at least to get the closet skeptics to dare be more honest.

So how do you argue with a believer and win?

The problem with global warming believers, and liberals in general, is that their argument strategy is to do all of the talking. After all, if they let you talk, you might make a logical argument. They are not used to such arguments. So, if you only have a few seconds to make an impact, what should you say? Here are some suggestions:

*31,000 scientists signed a petition stating that they do not believe in the global warming theory.

*You predicted that it would get warmer, but we end up with Snowzilla.

*You have been predicting imminent disaster for the last 37 years. We are still waiting for the disaster.

*You predicted that we would get more hurricanes. Instead, we get fewer.

*Carbon dioxide is not a pollutant. Plants need it to breathe.

Concise responses to their arguments:

Believer: In 100 years, we will have a greatly different climate.

Your response: Make a prediction for a time when you will still be here, so we can make fun of you when you turn out to be wrong.

Believer: We have had warming for the last 200 years, the industrial age.

Your response: We also had warming 1000 years ago, before the industrial age.

Believer: Global warming will cause the human population to starve.

Your response: The global warming that we got 10,000 years ago made agriculture feasible for the first time in human history.

Believer: We did not predict global warming. We predicted climate change.

Your response: You predicted a greenhouse effect. Greenhouses cause warming.

Believer: Warming has accelerated in the last 50 years.

Your response: During those 50 years, you moved the thermometers in your database from the countryside to the city. You also had population expansion in cities where you already had thermometers. Satellite data, which is immune to your fudging, shows no warming.

Believer: You are talking about weather. This is about climate.

Your response: Climate, weather. This is semantics. You are playing a game with words.

Your response: You are threatening people who speak out. Real scientists encourage discussion, not censorship.

Your response: My experts do not want to be in a field where they would have to pursue a theory in which they do not believe.

Your response: That is an argument for more rain, not more snow. We have not had an increase in rain over the last 50 years, anyway.

Giving short answers like the above will frustrate global warming believers and convince your audience not to accept global warming orthodoxy. Winning over the audience is the ultimate goal. Good luck.