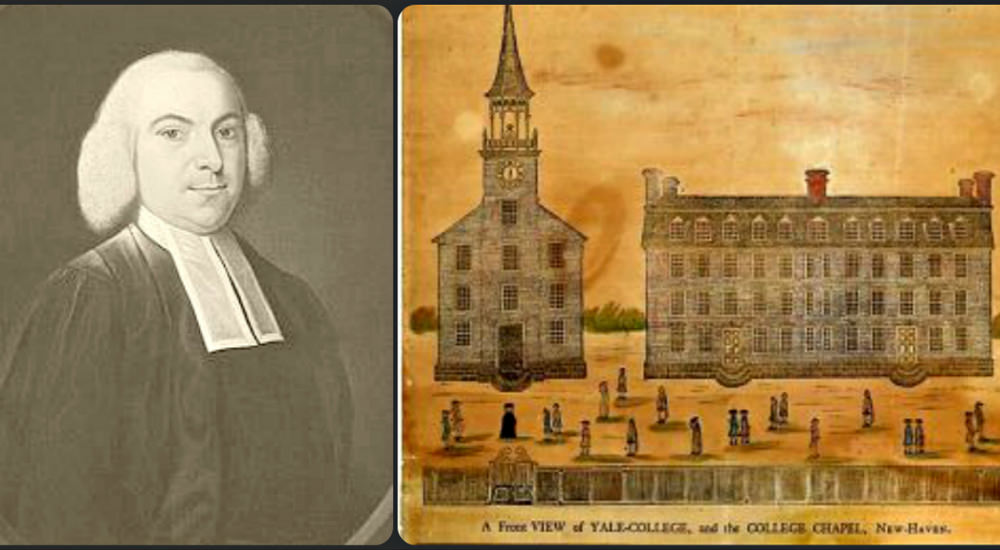 The tenacity of the pastors of the Founding era was so irritating to the British explains why they referred to them as the Black Regiment.  Their strong leadership and strength within their communities caused them to be a target for the British soldiers.

[T]here was a class of clergymen and chaplains in the Revolution whom the British, when they once laid hands on them, treated with the most barbarous severity. Dreading them for the influence they wielded and hating them for the obstinacy, courage, and enthusiasm they infused into the rebels, they violated all the usages of war among civilized nations in order to inflict punishment upon them.1

Many of the pastors were openly tortured and purposely targeted sometimes in sadistic ways.  One pastor, Reverend Naphtali Daggett, who was also President of Yale, resisted strongly to the British’s practice of destruction and desecration of private homes and property.  He was eventually captured and over a period of several hours the British stabbed Doggett with their bayonets.  His release was eventually secured but he never recovered from his wounds and was the cause of his death.2  Another pastor, Reverend James Caldwell of New Jersey resisted the British with the same tenacity and his church was burned and he and his family were murdered.3

The treatment of the pastors by the British was criminal at best.  They were imprisoned, abused and killed4 and most times suffered more than a regular soldier receiving harsher treatments and more severe penalties.5  The British went further in their want for revenge in targeting the churches of the captured pastors destroying over half of the churches in New York City.6  Most of the churches in Virginia were the targets of the British as well.7  The British followed this pattern throughout the Colonies.

These pastors from the beginning of the colonization of America in 1606 were responsible for the intellectual foundation that had been laid concerning the type of self-government that the people of America had adopted.  Its roots were in scripture concerning all aspects of the self-government system.  One of the influential pastors from the late 1600’s was the Reverend John Wise.  He was teaching that taxation without representation was tyranny in 1687;7 That the “consent of the governed” was the foundation of government;8 and he taught that “every man must be acknowledged equal to every man.”9  The teaching of Reverend Wise was so influential that in 1772, as the call to war with Britain  was building, two of his works were reprinted  at the request of the Sons of Liberty and other leading patriots to remind America that its foundation was based on Biblical values.10  That printing sold so quickly that a second printing was needed.11 Four years later in the Declaration of Independence was found many of the specific points that Reverend Wise had written about.  These facts are confirmed in the comments of historian Benjamin Morris in 1864:

[S]ome of the most glittering sentences in the immortal Declaration of Independence are almost literal quotations from this [1772 reprinted] essay of John Wise. . . . It was used as a political text-book in the great struggle for freedom. 12

These examples are not the exception but the rule concerning the role of the pastors in America’s development and founding.  There was no fear in the pulpit about preaching for or against someone who was in public office or running for public office.  Their election sermons were some of the most powerful sermons preached.  Today, we are not allowed to name names as we should be able to, but they were able to and they exposed those who were unfit for political office and endorsed those who were fit, all according to the Bible.  It was this freedom in the pulpit that laid the intellectual base for American Independence.

Simply put it was the Christian pastors that defined America’s political system, taught that system, defended that system and died for that system.  They even went one step further and that was to operate in that system as United States Senators, United States Representatives, State legislators, and jurists.  The Reverend John Witherspoon served as a member of the Continental Congress during the Revolutionary War serving on the Board of War as well as 100 other congressional committees.13 Other pastors who believed that it was necessary to work within the system they established include Reverend Joseph Montgomery, Reverend John Zubly, Reverend Hugh Williamson, Reverend  Frederic Augustus Muhlenberg.14

The pastors were still involved in the political arena after the War was over.  They were deeply involved in the drive for a federal constitution and its ratification.  Several pastors noted defects in the Articles of Confederation such as Reverend John Witherspoon, Reverend James Manning, Reverend and Jeremy Belknap.18  After the Constitution had been completed and sent to the States for ratification over forty pastors were elected as ratifying delegates19 of whom there were many that had a significant role in securing the ratification from their home states.

The pastors were just as excited about the formation of the new nation and Constitution and the type of Constitution that they were just as celebratory as the rest of the nation.  In Philadelphia Benjamin Rush, one of the signers of the Declaration of Independence noted concerning a parade held for the ratification of the Constitution:

The clergy formed a very agreeable part of the procession. They manifested by their attendance their sense of the connection between religion and good government. They. . . . marched arm in arm with each other to exemplify the Union.20

It is interesting to note that at the convening of the first federal Congress there were several pastors that were among its members: Reverend Paine Wingate, Reverend Benjamin Contee, Reverend Abiel Foster, Reverends Frederick Augustus and John Peter Muhlenberg and Reverend Abraham Baldwin.

The pastors of America were deeply involved in every aspect of America’s religious and civil liberties development, definition and securing.  This was so evident that a newspaper in Washington, D.C. reported in 1789:

[O]ur truly patriotic clergy boldly and zealously stepped forth and bravely stood our distinguished sentinels to watch and warn us against approaching danger; they wisely saw that our religious and civil liberties were inseparably connected and therefore warmly excited and animated the people resolutely to oppose and repel every hostile invader. . . . [M]ay the virtue, zeal and patriotism of our clergy be ever particularly remembered.21

It was not just in the political arena that the pastors were the nation’s leaders.  They were also the nation’s leaders in education as we discussed in detail in Chapters 7-11.   Pastors knew that only literate people with a good understanding of the Word of God could maintain a free society and control the government and keep it godly.  They knew that it was the Christian  principles that were so valuable to the religious and civil liberties that they gave all to acquire that would preserve the freedoms that so many fought so hard to keep.

It was the Puritan pastor that established the first public schools in America in 1635.22  It was the Puritans that passed then “Old Deluder Satan Act’ in 1647 which was America’s  first public education law.23  It was a Puritan pastor that founded Harvard University, Reverend John Harvard.24 Ten Congregationalist pastors joined together to establish Yale.25 William and Mary College was established by Reverend James Blair an Episcopalian pastor.26  Another Congregationalist Pastor founded Dartmouth, Reverend Eleazar Wheelock,27 and Princeton was founded by three Presbyterian pastors, Reverends Ebenezer Pemberton, Jonathan Dickenson, and John Pierson.28

America’s pastors were so involved in the education of America that by 1860 91% of all college presidents were Christian pastors and more than a third of all faculty were pastors as well.29 (Emphasis added)  Only seventeen of the 246 colleges and universities founded by the end of 1860 were not affiliated with a denomination.30 (Emphasis added)  The “School Master of America”, Founding Father Noah Webster stated:  “to them [the clergy] is popular education in this country more indebted than to any other class of men.”31

The pastors of America were more important than any one group of people from the establishing of the Colonies to the developing of our governmental system, education system and defining the moral foundation that all of it was grounded upon and defending it with their very lives.  Oh, to have that kind of pastor today throughout America!