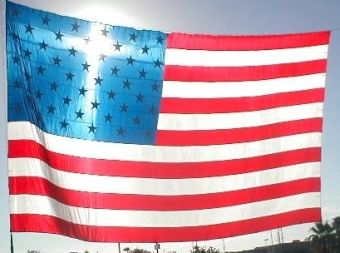 I feel that we need to continue to look very closely at how the Founders viewed education and the inclusion of the Christian  religion and it’s principles into that educational process because it is the foundation for the greatness of America.  Our Founders knew that true wisdom comes from God and that it is from the study of His Word that brings that wisdom.  They knew and understood the importance of spiritual knowledge and how that knowledge translated into wisdom for prosperous living on earth.  Because they believed that it was necessary to have revelation of God’s Word they had laid the foundation of attaining that knowledge in our education system.   Proverbs 1:7 The fear of the LORD is the beginninga of knowledge: but fools despise wisdom and instruction[1]  The Founders understood and believed that the most important knowledge was knowledge of God and His ways and from that direction and understanding for living a healthy, prosperous life flowed: Proverbs 3:6-10…  In all thy ways acknowledge him, and he shall direct thy paths. Be not wise in thine own eyes: fear the LORD, and depart from evil.  It shall be healthc to thy navel, and marrow to thy bones.  Honour the LORD with thy substance, and with the firstfruits of all thine increase:  So shall thy barns be filled with plenty, and thy presses shall burst out with new wine.[2]

From these verses we see the importance of knowing and understanding God’s Word and His principles which is something that the Founders knew and understood as well.  As we have discussed previously the modern courts have used the First Amendment to limit religious activities  where the Founders used the First Amendment to secure religious activities, specifically in schools.  From the beginning of our education system the Bible was the preeminent in the schools.  It was the book used for instruction and was allowed in schools until 1963.  I will have to point out here that as the freedoms of the church and the right to exercise our Christian faith have been eroded, the church has done nothing to regain them.  They complained a little when we could no longer be properly involved in the political process but they did not fight.  They complained a little when prayer was taken out of the schools but they did not fight.  When the Bible was taken out of the schools they complained but did not fight.  Now we have laws that make it illegal in some states to even print a Bible.3  This has yet to be enforced but it is still a law.

This has all occurred because the basis for our education, the teaching of God’s Word has been usurped by secular humanism.  The importance of God and His principles have been degraded to a level of secondary importance at best if it has any importance at all.  In the first few months of this year (2011) we have seen Christian beliefs and principles viciously attacked by our public schools and colleges.  A few of the headlines are: ”U.S. teachers tell U.N. sex is a ‘spectrum’ — advocate mandatory classes to free students from ‘religion’”

This assumption that religious principles, specifically Christian principles, were not to be part of our education system is completely and utterly unfounded.  As it had been part of the school system from the Mayflower until 1963, we need to go back to the first time an attempt was made to remove Christian teachings from a school.

This case is from 1844, Vidal v. Girard’s Executors, and involved the probation of the will of Stephen Girard.  Girard had settled in Philadelphia prior to the signing of the Declaration of Independence and was living there upon his death in 1831.  In his will he bequeathed his entire estate to the city, a value of over $7 million, for the purpose of building an orphanage and a college.  The only stipulation was that there would be no religious teaching nor clergy be allowed in the school.  This had never been proposed before in America.  Girard’s heirs filed a suit in opposition to the execution of the will for two reasons: 1) that a private will could not be given to a public entity; and 2) that as a provision for the college, Girard had stipulated in his will:

I enjoin and require that no ecclesiastical, missionary, or minister of any sect whatsoever, shall ever hold or exercise any station of duty whatever in the said college; or as a visitor, within the premises. . . . My desire is that all the instructors and teachers in the college shall take pains to instill in the minds of the scholars the purist principles of morality.4

This was an unheard of request to not teach Christian principles, combined with wanting

to teach “the purist principles of morality” without teaching Christian principles.  The

Founders believed that it was only Christian principles that produced the purest morals.

Benjamin Franklin stated: “As to Jesus of Nazareth, my opinion of whom you particularly

desire,  I think the system of morals and His religion as He left them to us the best the world ever saw or is likely to see.”5 (Emphasis added)  Noah Webster stated: “The Christian religion… is the basis, or rather the source, of all genuine freedom in government… I am persuaded that no civil government of a republican form can exist and be durable in which the principles of Christianity have not a controlling influence.”6  In the 1815 case of The Commonwealth v. Sharpless, a case which involved the private viewing of painting of a nude male and a nude female in an ‘indecent posture’, the case was decided on what was referred to as ‘the moral law.’7  Believing that even immorality behind closed doors is still a crime.  Part of the court’s decision stated:

Whatever tends to the destruction of morality in general is punished criminally.  Crimes are public offences not because they are perpetrated publicly, but because their effect is to injure the public.  Burglary, though done in secret, is a public offence; and secretly destroying fences is indictable. . .  hence, it follows that an offence may be punishable if in its nature and by its example it tends to the corruption of morals; although it be not committed in public.8

This ‘moral law’ is bases solely on Biblical principles.  The proof of the basis of the ‘moral law’ can be seen in a court case two years later in 1846, City of Charleston v. Benjamin, a case concerning the legitimacy of ‘Blue Laws’ which was the requirement to close businesses on Sunday.  The case was defended because the laws were based on Christian principles and that was a violation of the Constitution.  The prosecution believed that it was not unconstitutional stating:

Charles Carroll, a signer of the Declaration of Independence, confirmed that all morality is based in the Christian religion:

Without morals a republic cannot subsist any length of time; they therefore who are decrying the Christian religion, whose morality is so sublime and pure. . .  are undermining the solid foundation of morals, the best security for the duration of free governments. 10(Emphasis added)

principles of morality and the importance that they felt it has in civil society by government and to be endorsed by the courts.  Because this was their belief all school children from 1690 were taught using the New England Primer, which we discussed in the last chapter.

It is easy to understand why religion was such a large part of their lives privately as well as publically.  Children learned to live morally at an early age.  This was done by design.  The pilgrims know that teaching children early would instill these values at a young age and they would always remember them.  They also knew that this was a Biblical principle: Proverbs 22:6 “Train up a child in the way he should go: and when he is old, he will not depart from it.”11

George Washington grew up on The New England Primer.  When he was leaving public office he declared:

Reason and experience both forbid us to expect that national morality can prevail in exclusion of religious principle. . . . Promote, then, as an object of primary importance, institutions for the general diffusion of knowledge. 12

Gouverneur Morris, penman and signer of the Constitution stated:

Religion is the only solid basis of good morals; therefore education should teach the precepts of religion and the duties of man towards God. 13

Benjamin Rush, signer of the Declaration of Independence also believed that education

should be grounded in religion.  Keeping in mind that he was referencing Christianity as he was a founding member of Philadelphia Bible Society and a proponent of teaching the Bible in schools,(The great enemy of salvation of man, in my opinion, never invented a more effectual means of extirpating (extinguishing) Christianity from the world than by persuading mankind that it was improper to read the Bible in schools)14 stated:

The only foundation for a useful education in a republic is to be laid in religion.  Without this there can be no virtue, and without virtue there can be no liberty, and liberty is the object and life of all republican governments.15  Without religion, I believe that learning does real mischief to the morals and principles of mankind.16

How can we ignore the importance that our Founders put on learning about Christianity in our schools?  It was the rock that they grew up on and the foundation that gave them the principles of government that has lasted 235 years.  Today we are so far from what our Founders intended for society and nation that we are in danger of losing the great American experiment.

a the beginning: or, the principal part

15  Benjamin Rush, Essays, Literary, Moral and Philosophical  (Philadelphia: Thomas and Samuel F. Bradford, 1798), p. 8, “On the Mode of Education Proper in a Republic.”