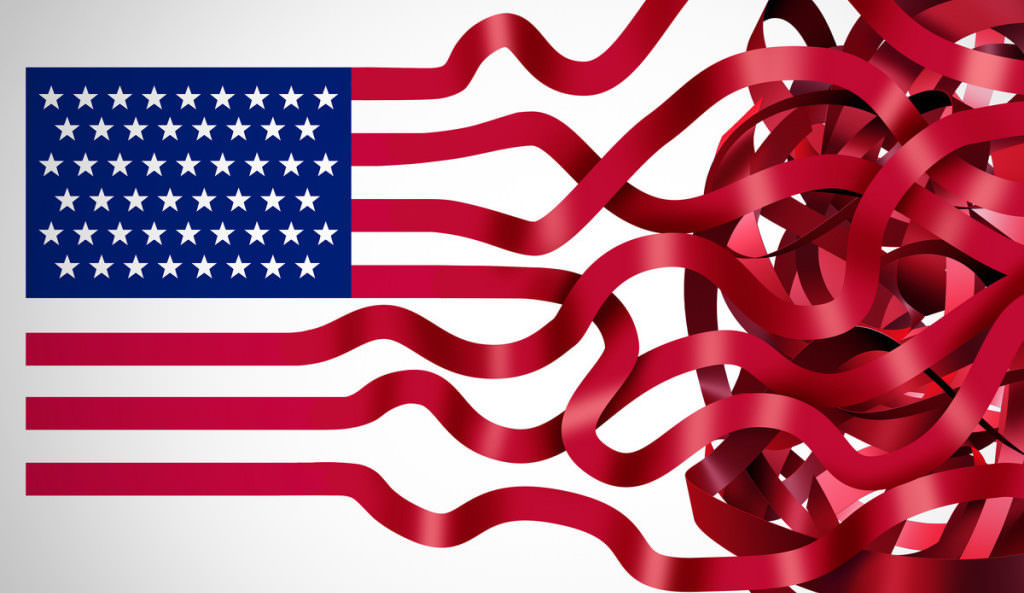 President George Washington, in his farewell address in 1797, warned against “entangling alliances” which could potential threaten our sovereignty.  Thomas Jefferson, our third President, believed in the political axiom, “the government that governs least governs best”.  Calvin Coolidge, whose laizze–faire governing policies of the booming 1920’s, said, “the business of America is business.”  All three of these Presidents were correct in their time, and furthermore they were all correct for all times.

America as a free nation is strongest, and Liberty is most assured, when government remains small and frugal, stays out of our lives and business, and avoids entanglements in, and avoids creation of, institutions which endanger our sovereignty and interfere with the freedom and liberty of its citizens.  During the past century, particularly since the Presidency of the liberal and Globalist Woodrow Wilson, the principles America was founded upon, embedded in our Constitution and Bill of Rights, and endorsed by such Presidents as Washington, Jefferson, Monroe, Jackson, Coolidge and Reagan, have been repeatedly betrayed.

During Woodrow Wilson’s administration, Congress abolished the States’ right to elect Senators through elected state legislatures, increasing federal power indirectly by a Constitutional amendment mandating direct popular vote.  Thus a subtle weakening of the “republican” form of government Benjamin Franklin said would not be easy to keep. (1787).  Another Constitutional amendment during the Wilson administration created the federal income tax, which has allowed the constant expansion and growing power of the federal government for over a century.  Also during Woodrow Wilson’s Presidency, the Federal Reserve banking system was established.  “The Fed”, as it is oft nicknamed, was, and remains, heretical and antithetical; in direct opposition to Constitutional principles, in that the Federal Reserve Bank is privately owned, run by unelected board members and unaccountable to the President, Congress and the Judiciary.

After World War I, Wilson failed in his effort to entangle America in the League of Nations, the forerunner to the United Nations, which America did join and entangle itself in in 1945, thanks to another power-hungry liberal and Globalist President, Franklin Roosevelt.

The post-World War II era that ushered in modern American history, continued and accelerated the expansion of the power concentrated in Washington, D.C.., at the expense of weakened power of States, despite the Tenth Amendment, which clearly limits federal authority but has been ignored, especially by liberal, Globalist Presidents Franklin Roosevelt, Lyndon Johnson, Bill Clinton and Barack Obama.  Under these Presidents in particular, the “solution” to every American problem, real or imagined, has been greater federal power and control, greater federal taxing, spending and debt, and creation of more and more deparments, agencies and appointed “czars”.  As a result, America liberties and the power of states to limit and check the power of the federal government is in shambles and disasterously weakened.  This century-old trend must be brought to a halt-ended, immediately.

Accordingly, these destructive and dangerous institutions and affiliations must, as per the Tenth Amendment, be abolished, and “restore all powers reserved to the states.”

The late Texas billionaire and Texas Rangers owner Eddie Chiles may have stated our case simply and best when he declared daily on Dallas, Texas radio: “our government in Washington should defend our shores, build our   roads, deliver our mail, and LEAVE US ALONE”.

Last but certainly not least, let’s GET AMERICA OUT OF THE UNITED NATIONS !  To be certain, this is not a complete list.  But it is a great beginning.  May God grant Americans the wisdom and the patriotic will, to restore our nation to the “consent of the governed” and “govern best by governing least.”