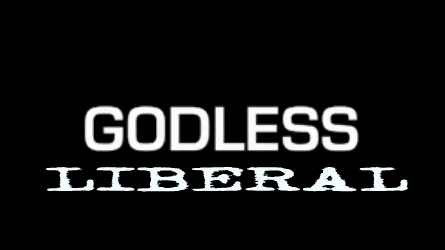 There is a clear divide in the two party political landscape; republicans and democrats seem always to be at odds and cannot reach comity on most issues, both foreign and domestic. Disagreement can be attributed at times to ideology, a lack of information, or uncertainty of the facts, but there is one major difference that has widened the divide even greater, and that is the affect of the post modern culture. Other than its political base, the party that has been susceptible and greatly influenced by the culture is the democrat party. And under the leadership of Barack Obama, the divide has been exacerbated and the repercussions harmful.

The result can only be described as darkness in the soul of the party. It is a manifestation of the once noble political theory known as liberalism, but has since been transformed into an ideology steeped in moral turpitude. What has occurred over the last several decades are indifference and contempt for traditional values and institutions that are the fundamental principles and foundational building blocks; the bedrock of this great nation. Democrats have divested themselves of virtue, and have embraced the ever growing mores of secularism and moral relativism.

And so the culture war continues to rage on, and is only gaining in momentum. The battle lines have been drawn, the liberalism of democrats vs. conservatism of republicans, each have manned their bulwarks, battened down the hatches, and have fired off intermittent salvos at each other, not from weapons of iron and steel, but the pen or keyboard, and the voices of anger and intolerance.

Abortion rights, same sex marriage, the LGBT agenda, the welfare state, each is a derivative of the liberal or progressive ideology and agenda, and are passionately defended and supported by the democrats and their leader President Barack Obama. The administration with democrat’s complicity has on a number of occasions even defied the Constitution, through executive fiat, i.e. The Defense of Marriage Act, Affordable Health Care (Obamacare).

On a day that will live in infamy, the Supreme Court redefined marriage. Then we learned that the military will lift its ban on transgender people, and the boy scouts will follow suit with allowing adult homosexuals as scout leaders into their organization. Recently President Obama named Eric Fanning, an opening gay man, as Secretary of the Army. And lest we forget, the vacating of the “Don’t ask, Don’t Tell policy” several years back. The administration and democrats wholeheartedly defended and supported these non-traditional changes, but they pale in comparison to revelations, revealed in ten videos, of the harvesting and sale of body parts of aborted babies by Planned Parenthood.

What is most troubling about this heinous act is that democrats refused to even view the evidence covered in the videos, and continue to support and fund Planned Parenthood. Almost as troubling, is aside from prolife groups and some republicans, where are the outrage, the protests, the media, and the American people marching enmasse in the streets demanding justice for innocent life. To add further to the democrat’s lack of humanity, just recently the party defeated the Pain Capable Unborn Child Protection Act, which would outlaw abortions after 20 weeks gestation when life in the womb is viable and can feel the pain of the abortionists’ weapon.

Judge James Wilson was a signer of the Declaration of Independence, a delegate to the Constitutional Convention, and a Supreme Court Justice. He was regarded by the Founders as the leading legal scholar of the day. On the subject of abortion, and the Declaration of Independence’s stated inalienable Right to Life, Wilson wrote, “With consistency, beautiful and undeviating human life from its commencement to its close, is protected by common law. In the contemplation of law, life begins when the infant is first able to stir in the womb. By the law, life is protected not only from immediate destruction, but from every degree of actual violence, and in some cases, from every degree of danger”.

Someone once said, “You who place the laws of man over those of God will face eternal judgment, not by man, but by the God you had forsaken”.  The fact is democrats have established what appears to be a set of ignoble values that attache’s undue importance to utility over the beauty of life, and materiality over the spirit of compassion and goodness. Their indifference to the dignity of all human life is ungodly and beneath contempt. Such heartless behavior should not surprise anyone, remember this is the same party that intentionally excluded any mention of God from their 2012 presidential convention platform, and had to be brought back kicking and screaming to their senses, and even then half the assemblage at the convention voted NO.