Will Trump Repeat The Reagan Revolution? 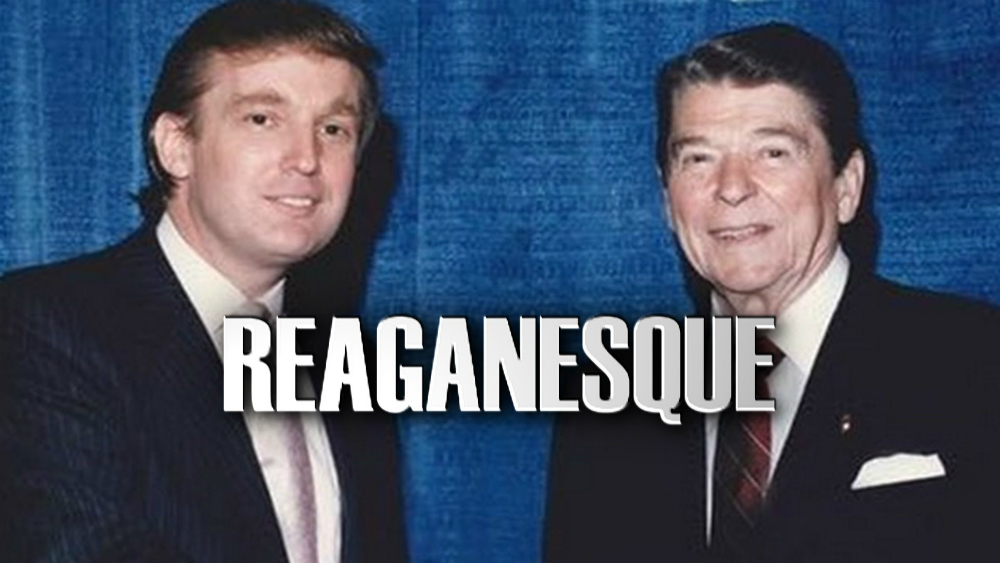 There is a tide in the affairs of men
Which, taken at the flood, leads on to fortune …
On such a full sea are we now afloat …

On May 3, 1979 Margaret Thatcher became the first woman Prime Minister of the United Kingdom.  The Conservative party, led by Baroness Thatcher, had defeated the Labour Party and its leader James Callaghan. This was a major Conservative victory in British politics, for a season.

Margaret Thatcher’s election turned out to be a portent of the coming election of Ronald Reagan in 1980 here in America.  Reagan’s defeat of Democrat Jimmy Carter was a major conservative victory in American politics, for a season.

A conservative tide had flowed across the Atlantic from England to America.

But tides flow and ebb and, as noted above, the conservative tide lasted for a season only, in both nations.

But conditions today are right for a conservative tide again to flow from England to America, impelled again by the disastrous consequences of liberal policies in both nations.

On June 24 of this year the British people voted, to the dismay and disbelief of One-World liberals everywhere, to leave the European Union. This was the famous Brexit vote.  The horror of uncontrolled Muslim immigration into England was a major, and probably decisive, factor in the vote.

Brexit was a major conservative victory in British politics. Labour Party Prime Minister James Callaghan was forced to resign, and Conservative Party leader Theresa May became the new Prime Minister of the United Kingdom, just as Maggie Thatcher had done in 1979 setting the stage for Ronald Reagan.

Like Ronald Reagan before him, Donald Trump is feared, hated and vilified by the political establishment.

The Democrat party, establishment Republicans, and the establishment media, being so close to their goal of dictatorship, are determined to stop Trump.

In 1980, even with a virtual monopoly in the news media, the establishment was unable to stop Ronald Reagan.  In 2016, with the internet in play, they may yet again be unable to stop Donald Trump.

The pollsters all threw air-balls in the 1980 presidential election.

Here is a quote from a 1980 TIME magazine article attempting to figure out what happened in that year’s election.

For weeks before the presidential election, the gurus of public opinion polling were nearly unanimous in their findings. In survey after survey, they agreed that the coming choice between President Jimmy Carter and Challenger Ronald Reagan was “too close to call.” A few points at most, they said, separated the two major contenders.

But when the votes were counted, the former California Governor had defeated Carter by a margin of 51% to 41% in the popular vote–a rout for a U.S. presidential race. In the electoral college, the Reagan victory was a 10-to-1 avalanche that left the President holding only six states and the District of Columbia…

At the heart of the controversy is the fact that no published survey detected the Reagan landslide before it actually happened.

TIME magazine never did figure out what happened, but there is a real chance of it happening again, because conditions are the same.

My belief is that the media had done such a good job of vilifying Reagan and his supporters that many people who planned to vote for Reagan were afraid to admit it; until they got into the privacy of the voting booth.

Are some people afraid to admit they are going to vote for Trump?  Almost certainly.  If so, we may be getting the “Reagan” phenomenon again in today’s polls.  The very “reporting” on Donald Trump by the mainstream media is rendering their polls unreliable.

(Today’s polling situation is further complicated by the fact that many polls are being sampled in such a way as to produce results favoring Clinton. But that’s another article.)

A Different Poll: Watch The Dollar

I am hesitant to stick my neck out here because there is a technical term for economists who put forth economic predictors of elections: wrong.

Nevertheless, I note the following.

Beginning in August 1980, the real (inflation adjusted) value of the US Dollar against a bundle of European currencies rose an amazing 33+% by 1985.  The cause of this was the election of Ronald Reagan, and his famous defense build-up. The logic behind the rise is simple: in a dangerous Cold War world, a strong defense meant a strong Dollar.

The Dollar began its rise before Ronald Reagan was elected because astute investors saw his victory coming, and put their money where their foresight was. This may be a more reliable indicator than polls. People will say anything, but when their money is at stake they get serious.

Today, 36 years later, we stand in August 2016. Donald Trump is the strong-defense candidate in a once-again-dangerous world.  Assuming we make it to election day unattacked, watch the exchange value of the Dollar against the Euro, Europe’s currency, and the Pound, Britain’s currency. If the Dollar starts to rise against these currencies (these currencies falling is the same thing) history may be about to repeat.