Who is Cleaning the Sun? 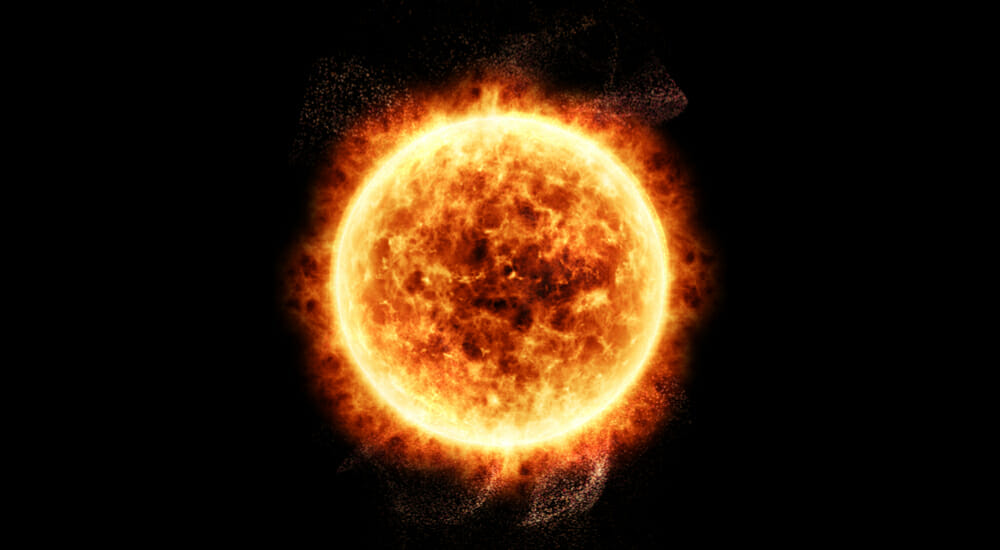 Even it may sound crazy at the first glance, let me ask a stupid question. And I am not sure that the correct answer is known even to a handful of astronomers – the sun watchers. Astronomers in overall is a pretty small group – “… the worldwide community of professional astronomers is only about 10,000; most are located in the US, with about 1,000 in the UK, and 250 in Australia,” Duncan Forbes, Professor at Swinburne University, Australia, noted in his article “So You Want to Be a Professional Astronomer!”

So my stupid question goes like that: “Who in the hell is cleaning the spots on our Sun’s surface?”

As fresh X-ray photographs by Laboratory of X-ray astronomy of the Sun, Lebedev Institute, Russia show that on Nov 12 the Sun spots were all over the place (business as usual), and on Nov 13 all the spots vanished. The number of spots on the Sun, considered the main characteristic of the level of solar activity, is rapidly falling to zero. At the present time, no sunspot is observed on the side of the Sun facing the Earth. Are there now spots on the reverse side of the Sun? It is difficult to say, but based on the photos of the Sun 2 weeks ago, when this side was facing the Earth, there are no spots there either. Thus, our star is now very close in appearance to the ideal object, without any “flaws”, as it was described by people before the beginning of the 17th century. The fact that on the perfect celestial body, to which the Sun belonged then, there are spots, so shocked contemporaries that the first reports about this were published anonymously, or in private correspondence, for fear of accusations of heresy. And even after the spots were proven, people tried to “save the ideality” of the Sun, arguing that the spots are clouds, denying the now proven fact that the spots belong to the surface of the Sun.

The number of sunspots on the Sun is the main parameter by which the 11-year solar cycle is measured, the history of which has been almost 270 years. Once in 11 years, the number of spots reaches a maximum, and approximately in the middle between these peaks decreases to the lowest value, called the solar minimum. The Maunder Minimum, also known as the “prolonged sunspot minimum”, is the name used for the period starting in about 1645 and continuing to about 1715 when sunspots became exceedingly rare, as noted by solar observers of the time. Two solar astronomers Annie Russell Maunder (1868–1947) and E. Walter Maunder (1851–1928), husband and wife, studied how sunspot latitudes changed with time. The rare breed of solar astronomers observed and revealed fewer than 50 sunspots during the minimum. This contrasts with the typical 40,000–50,000 sunspots seen in modern times. In a 2012 study, sunspot minima have been detected by analysis of carbon-14 in lake sediments. In total, there seem to have been 18 periods of sunspot minima in the last 8,000 years (compare with 10,000 years at the end of this publication), and studies indicate that the Sun currently spends up to a quarter of its time in these minima.

The nature of these changes remained incomprehensible for almost 200 years and only in the middle of the 20th century, it was established that the magnetic field of the Sun changes with a step of 11 years (alternately amplified and weakened). Since the spots are formed in regions of a strong field, the number of spots reaches a maximum at the moments of maximum field strength. The magnetic and associated electric energy of the Sun is the main “fuel” for solar activity (solar flares and emissions of matter are basically electrical and magnetic in nature). For this reason, in the years of the solar cycle maximum, the “explosive” activity of the Sun also grows. In the years of minimum, it is damped on the contrary.

Based on the picture that we are seeing now, the Sun is moving inevitably towards another low, which will be reached in late 2018 – the first half of 2019. At the minimum point, the magnetic energy of the Sun almost completely turns to zero, and it degenerates into an almost perfectly symmetric object without any features. In this form, our star can exist from several months to a year, after which new fluxes of the magnetic field begin to float from the depth of the Sun, the first spots appear, and the flywheel of the solar cycle starts a new 11-year rotation. Although low solar activity seems to be a favorable situation for the Earth, scientists in their “apocalyptic predictions,” paradoxically, rarely connect them with the high activity of the Sun, and on the contrary, are afraid of being low. It is caused by the fact that the Sun in the documented and researched history of mankind never produced super-flashes capable of affecting life. The periods of the “freezing” of the solar cycle in history were observed and showed a correlation with the climate. In particular, the last so-called “Little Ice Age” in the history of the Earth, observed at the junction of the 17th and 18th centuries, coincided in time with the known solar cycle malfunction – the Maunder Minimum, during which for almost 50 years between about 1560 and 1600, there were almost no sunspots on the sun – that is. Activity froze for several decades at the minimum point.

After serially watching Sci-Fi shows and reading appropriate books, one may rather justifiably suspect an alien interference in a form of regular maintenance of Solar system’s “Nucular” Power Plant (NPP) – the Sun. Yes, I can hear the hysterical LOL rumbling across the internet … But let’s play a game of imagination … BTW, strange video from NASA shows “UFO mothership” doing something at the sun in Sept 2016 …

How many known solar systems are there in the universe? There are about 100 billion (with a B) stars in the Milky Way galaxy which is only ONE of about 3000 billion galaxies in the KNOWN UNIVERSE!!!! It is presently believed that solar systems form around many stars. And if we already called our Sun, the solar star, an NPP …

Let see how many mini-NPPs do we have here on Earth. As of April 2017, 30 countries worldwide are operating 449 nuclear reactors for electricity generation and 60 new nuclear plants are under construction in 15 countries. There are 61 commercially operating nuclear power plants with 99 nuclear reactors in 30 U.S. states. Since the first nuclear power plant inception in 1954, only about 60 accidents have happened at these plants.

Talking an outage of a power plant – for maintenance, repair and replacing components – if everything is running perfectly, you can do all of those things during the occasional refueling outage. A refueling outage is very good for all the other businesses in the area. For example, Columbia Generating Station (10 miles North of Richland, Washington) usually is replacing 248 of the plant’s 764 nuclear fuel assemblies. Fuel is replaced after being in the core for six years, so every two years a third of the fuel is replaced and the other two-thirds are moved around to make for even burning.

The wild comparison of the maintenance of Earth’s mini-NPPs and the superNPP, the Sun, is not so out of this world if you forget for a while about the scholastic scientific Big Bang theory and give a credit to Gallup’s 2017 “Young Earth Creationism” survey which found that 38% of adults in the United States inclined to the view that “God created humans in their present form at one time within the last 10,000 years.”

So far, according to the creationism, not only humankind but also the solar system was made by “them.”

And why not to continue our imaginary game where “their” clean-up team regularly goes around the Universe for the stars maintenance?