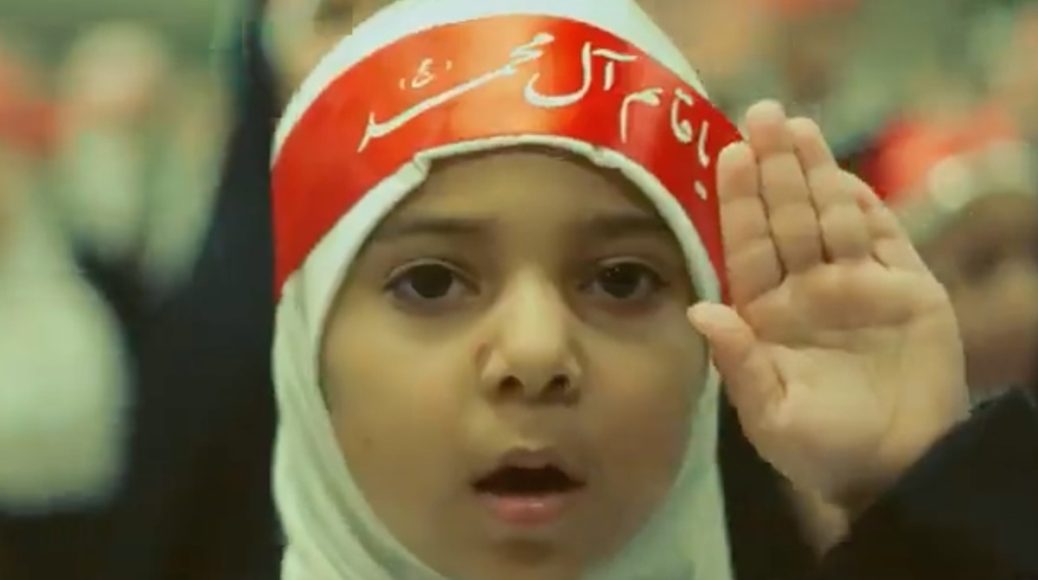 A video being shown in Iran features Muslim children in Houston, Texas, singing songs to Iran’s Supreme Leader and pledging to become terrorists for the Islamic state.

This is why Islam is mostly incompatible with democracy. Just look at this outrageous display of sedition and anti-Americanism in the guise of religion.

They sing "Don't look at my young age" "I will be your soldier" "I make an oath. One day when you need me, I will be your martyr" pic.twitter.com/fYGZJOQ2es

“A video of Muslim children at the Houston Islamic Education Center wearing shahid headbands while singing a radical Shia song, Salam Farmande, that praises Iran’s Supreme Leader Ali Khamenei has caused controversy after going viral over concerns the children are being radicalized to terrorism. The song, in a verse not sung by the children in the video, also praises deceased Quds Force commander Gen. Qassim Soleimani. The song is ostensibly about Twelfth Imam Muhammad al-Mahdi and a pledge by the children to martyr themselves,” Kristin Taylor wrote.

It appears that the video was made by the islamic Education Center on Houston.

UPDATE There's evidence indicating that this propaganda video in which kids in Houston TX were made to swear allegiance to the Iranian regime's Supreme Leader was produced by the Islamic Education Center, 2313 S Voss Road

IEC has posted the film on its @facebook page

According to Al Arabiya, the video was shown by Iran state media.

The event was organized by the Islamic Education Center of Houston, according to a post on the organisation’s Facebook page. Video of the children singing the anthem was shared by Iranian state media.

…The anthem was “written upon the recommendation of” Khamenei, “who called on children and youths to address Imam Mahdi,” according to the Lebanese Hezbollah’s al-Manar TV.

The anthem, which aired for the first time in March on Iranian state TV, makes references to Khamenei and former Revolutionary Guards commander Soleimani. The anthem has been heavily promoted by Iranian state media.

This sedition center needs to be shut down.