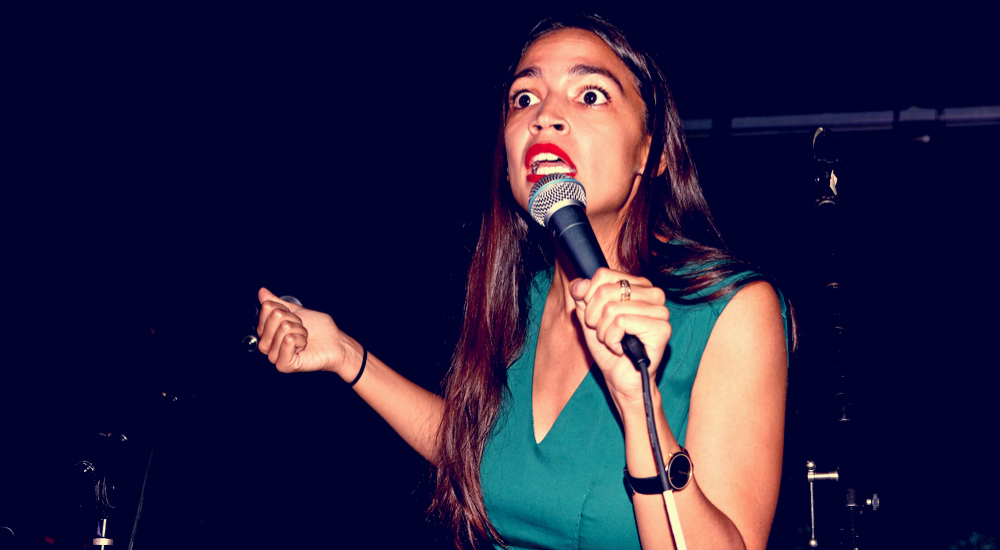 Imagine this, inside a tent in Yellowstone park a doctor is aborting a healthy fetus just entering the third trimester since it was conceived, Suddenly an angry Bison rushes through the tent, goring the doctor, mother, and fetus. Sounds impossible? During the month of June, two people were gored at that national park.

As unlikely as that scenario is, it’s no crazier than the suggestion to use federal lands in red states to do an end around the SCOTUS Roe v Wade decision. The suggestion came from Rep. AOC (D-NY) and Sen. Pocahontas (D-MA).

A colossal paradox will be created if the post office makes deliveries while preventing a different kind of delivery.

..are lobbying for the Biden administration to set up “emergency abortion clinics” on federal lands.

“Make abortion as available as possible with the tools he has, including medication abortion, including using federal lands as a place where abortions can occur,” Warren told ABC News.

Ocasio-Cortez ironically says that such federal clinics represent “the babiest of baby steps” for abortion services.

If you really want to see, “the babiest of baby steps” check out the video of AOC terrified that the garbage disposal in her new apartment was a monster (no joke). he is as worldly as she is intelligent. Whenever something comes out that disagrees with her socialist instincts, AOC immediately spews ideas so crazy that even her fellow Democrats put it down.

Her partner in this exercise fake Cherokee Sen. Elizabeth Warren is just as socialist as AOC, however, she is not as animated as her NY colleague.

The SCOTUS decision does not ban abortion but takes the decision away from the federal govt. and into the purview of the states, That might mean the two socialists’ idea is not only stupid but unconstitutional. Either way, their efforts would be tremendously more productive if they focused their efforts on states looking to ban abortions. One reason for the court’s decision was to allow local voters to make the abortion decision per the tenth amendment to the constitution. The best chance for the pair of legislators to achieve their goal is to change minds in individual states.

President Biden does not agree with the AOC, Pocahontas proposal:

White House press secretary Karine Jean-Pierre on Tuesday said there could be negative ramifications from offering these abortion services on federal lands.

“With this proposal — we understand the proposal is well-intentioned, but here’s the thing: It could actually put women and providers at risk,” she said.

In the end, the proposal of these two legislators is reminiscent of a line from Shakespeare’s Macbeth, “It is a tale told by an idiot, full of sound and fury, signifying nothing. ”