The Virtue of Xenophobia in Light of a House Infestation 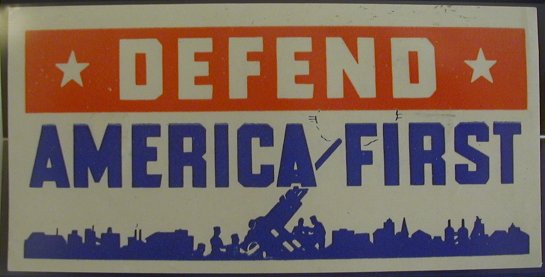 The strength, the manliness, the virility, the morality, the excellence, the benefit, the power, the courage, the valor, that which commends itself to the dutiful, the capacity, the chastity, the merit, the potency, the force of, and the authority of xenophobia (thank you Merriam-Webster) is its power to define and preserve the character of a nation.

Xenophobia points with pride at the history of a nation, its successes and failures, including its ability to overcome faults and adversity from within and without.

Xenophobia establishes criteria for the identification of who a nation’s common enemies are.

Xenophobia helps reinforce the use of a common language by all of its citizens.

Xenophobia recognizes the importance of self-interest, the dangers of embracing “sacrifice” and the common good.

Xenophobia acknowledges well-guarded borders, proper naturalization procedures, the melting pot, and national sovereignty all contribute to the unity of a nation and help minimize the deleterious inroads of diversity.

Xenophobia reminds a nation climate and weather, whether meteorological, political, or economic; has influenced the hardiness and the common pleasures and recreational activities of its people; and proves out what is beneficial as work and fun.

In other words, adoption by the many of the admiration and reverence xenophobia is due, makes any house a home. Houses are floors, rooms, and furniture without pattern or function that reflect the sad condition of the homeless of nations and refugees of the world that “occupy” them. On the other hand, homes are owned by families, bound together by what they share in common. They share and have a life.

Xenophobia would have provided The Whimper of the House backbone in the face of the homeless, the refugee-like “occupiers” acting out, having a tantrum, flailing their arms and legs like spoiled children, whining for gun control legislation. Instead of struggling to restore regular order and calling for decorum, a Speaker of the House full of the virtue of xenophobia would have said, “I direct the American Sergeant at Arms to remove these miserable Imposters from the Peoples House. I further direct the House chamber and the offices of these rats and roaches being removed be fumigated, said facilities to remain closed and made secure from further infestations until Congress shall return to session in July.”

For no American who has taken the oath of office to defend the Constitution against all enemies, foreign and domestic, will countenance actions of insurrection intended to circumvent the expressed will of the people; that their Representatives and Senators lawfully represent them according to the long established, duly authorized constraints of the Constitution. Indeed, those “oath takers,” those purveyors of “democracy,” those imposters who revealed to all through Twitter and Instagram their desire to overthrow the government are rats and roaches, unwelcome in any House self-respecting and proud enough to recognize it was constructed to be a Home.