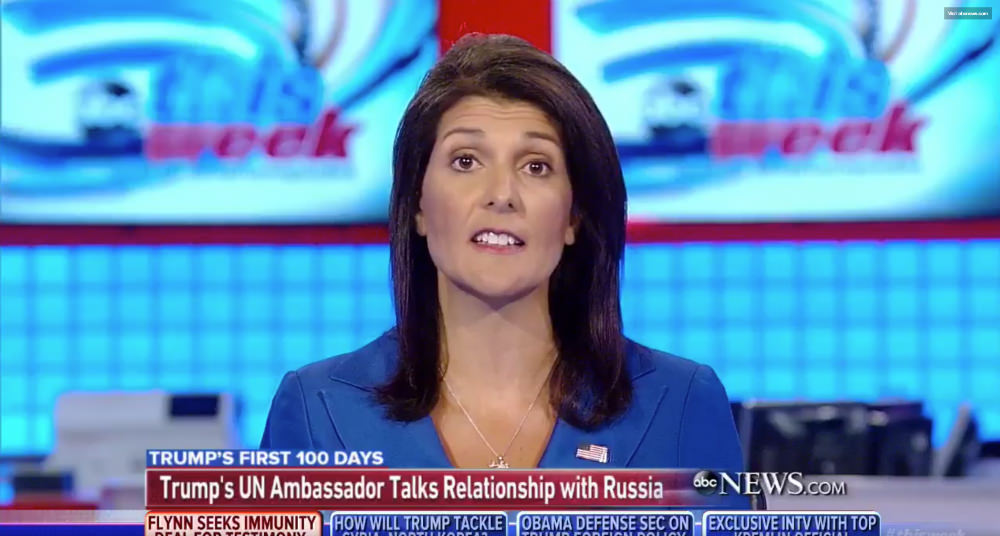 US Ambassador to the United Nations, Nikki Haley, appeared with Martha Raddatz on ABC’s This Week Sunday morning and quickly confronted the media fallacy that there was a disconnect between President Trump and the rest of his administration on Russia.

“We’re both saying the same thing, it is just being reported differently…

This administration agrees that Russia’s involvement in Ukraine is wrong…

Of course we don’t want any country involved in our elections… Russia is very aware that they are on notice when it comes to certain issues. They are very aware that we do want to try and defeat ISIS together if that is at all possible, along with our allies.

.@nikkihaley on #ThisWeek: “There's no love or anything going on with Russia right now. They get that we're getting our strength back.” pic.twitter.com/D1KqnpUmOB