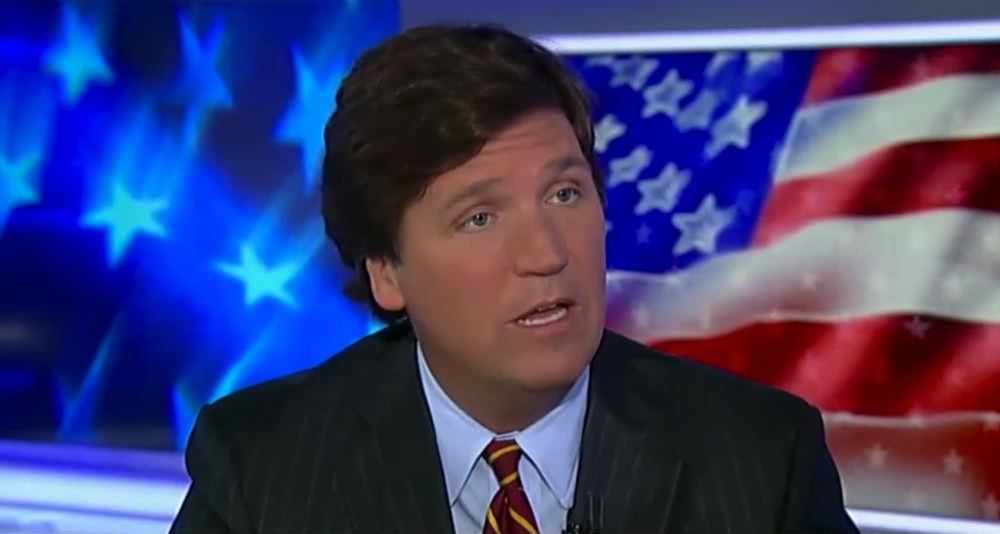 We are not here to promote Fox News, of course, but a look at the ratings is pretty shocking for how the network in general and Tucker Carlson in particular dominates the cable news ratings… including getting the most Democrat viewers!!

Overall, Fox has the highest ratings of all cable news, and not by a little. Fox has 56 percent of the cable news audience. More than half of all viewers tune into Fox.

But when you drill down to particular hosts, Fox dominates, but Tucker REALLY dominates.

According to the party-line data, Tucker Carlson is the number-one watched host among Democrats in the key 25-54 age demographic – across all networks. Carlson pulled in an average of 101,000 Democrats in the younger demo and 722,000 total Democrats. The Rachel Maddow Show and The Five tied for second.

More stunning still is the fact that Sean Hannity and Greg Gutfeld round out the top five with 81,000 and 73,000 Democrats in the demo, respectively. In terms of total viewers, Fox has three of the top five shows watched by Democrats, while MSNBC has the other two.

Maddow leads among Democrats in terms of total viewers with 908,000. While The Five pulls in 732,000 total viewers who identify as Democrats and Tucker Carlson pulls in 722,000 to round out the top three. Hannity and Lawrence O’Donnell land in fourth and fifth place, with 6230,000 and 607,000 Democrat viewers – respectively.

Unfortunately for CNN and MSNBC, the same data shows that the top five most-watch programs among Independents are all on Fox. Tucker Carlson, The Five, Hannity, Special Report with Bret Baier, and The Ingraham Angle are the five most-watched shows by self-identified Independents – in order of popularity.

This is incredible. I man, it isn’t surprising that Republicans tune into Fox more often. But… Fox even has the Democrats!

Wow. It really is stunning.

In fact, according to a Fox News press release, the network won 95 of the top 100 cable news telecasts for the week last week!

Yep, it really is stunning. Especially since Fox is the nearly exclusively targeted for destruction by the left. All the attacks, though, are clearly impotent.