Trump’s Agenda is as American as Apple Pie 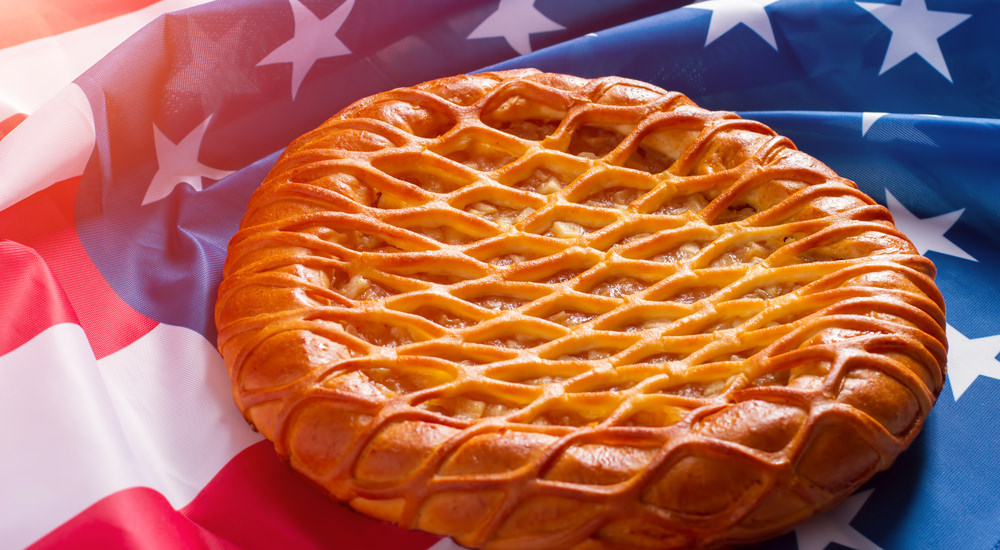 The author of the article, Stephen Beale, makes the following point:

“It is tempting to see Trump’s nationalism as a foreign import that is of a recent vintage, but the reality is that his ideology—good, bad, ugly, or some combination of all three—is more deeply rooted in the American experience than many would care to admit.”

Mr. Beale is correct. The above point is one I, as a conservative who boarded the Trump Train early, have been making all along. There is nothing foreign or particularly novel about Trump’s basic agenda cluster. Candidate Trump expressed positions that would have been broadly held by Republicans prior to World War II.

People who were baffled by where Trump was coming from policy wise, like much of the Conservative Inc. punditocracy, were stuck in the current paradigm and lacked historical perspective. Trumpism is in many ways the Republican Party agenda until the 1940s. The GOP platform opposed free trade up to 1944. The GOP has always been the party of nationalism, for better or for worse, whether real nationalism or a false nationalism (proposition nation foolishness and overseas military adventurism). In fact, you could argue that nationalism has historically been the Republican Party’s primary distinguishing/unifying rhetorical feature.

People who see Trump’s nationalism and his overall agenda as a foreign import, including well-meaning people (as opposed to Social Justice Warrior name callers) who see it as some sort of manifestation of fascism, an almost exclusively European phenomenon, seem woefully ignorant of U.S. political dynamics prior to World War II.

The GOP did pretty well for itself with essentially the Whig Platform from after the War Between the States until the 1940’s. There was clearly a majority coalition at the national level that allowed Republicans to dominate the Presidency during this time frame until the disruption of the Great Depression and Franklin Roosevelt’s four terms. Why would this governing coalition necessarily go away just because the GOP changed its rhetorical stance? In fact, it could be argued that it never went away (although it got demographically diminished) and the two party dynamic that emerged post World War II left a lot of people unspoken for.

Perhaps Trump’s continuity with the past was more obvious to people like me coming from a paleoconservative perspective, because this is an aspect of the Republican’s historic agenda that some of us as proponents of localism and constitutionalism, and generally sympathetic to the South, have been critical of.

There is still much about the Trump agenda that I understand but am not comfortable with. So why the change of heart? Why would a paleo like me who is critical of Teddy Roosevelt and many aspects of the Whiggish agenda of the early GOP, embrace Trump? Context and timing are everything. If the imminent enemy is globalism, the counter to that is nationalism even if it is an imperfect nationalism. Globalism is not going to be countered by ideological quibbling over a more perfect nationalism and the right balance between nationalism and localism in an ideal republic. It can only be countered by a broad nationalism that is able to emotionally resonate with and be embraced by the masses. We can argue about the details after we have prevented the U.S. from being subsumed into a Davosian global order.