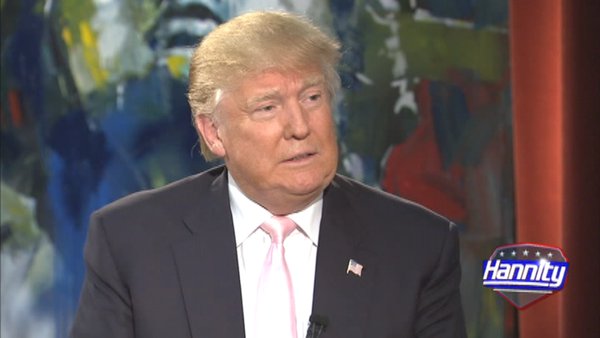 Trump’s speech in New Hampshire is a groundbreaking speech for his campaign and for the Republican Party. The speech highlights several of Trump’s abilities, political focus and some historic things for the GOP.

It is historic for the GOP because, never in recollection, has any candidate come out and generally accepted the LGBT community, called for tolerance and acceptance of their identity and love as Trump did in this speech.

Trump began with solidarity for the shooting in Orlando, even pausing for a moment of silence. “We mourn as one people for our nation’s loss. It’s a strike at who we are as a nation. We need to respond to this attack on America as one united people with force, purpose and determination.”

His political focus started to show in his speech when he turned the emphasis of a “ban on Muslims” to a more refined executable stance. “I will suspend immigration from areas of the world where there is a proven history of terrorism against the United States, Europe or our allies until we fully understand how to end these threats.” It wasn’t about religion or a specific people. Through the remainder of his words he refers to preventing people who don’t share our values of an open and tolerate society and commit or preach hate and violence.

This is apparent in his words which show unity as an American people in approaching the problems and solutions to immigration. “Immigration is a privilege and we should not let anyone into this country who doesn’t support our communities, all of our communities, every single one.” He emphasizes that we are reacting to the terrible issues of jobs, debt and terror that our open borders and immigration system is providing us. “This is not an act of offense against anyone, it is really an act of defense. I want all of us to work together.”

Trump highlights it isn’t about Muslim. It is about the hatred and violence that radical or extremist people and preachers foster.   “When I’m president I pledge to protect and defend all Americans who live inside our borders. Where ever they come from where ever they were born, I don’t care, all Americans living here and following our laws, not theirs will be protected. I refuse to allow America to become a place where gay people, Christian people, Jewish people are targets of persecution and intimidation by radical Islamic preachers of hate and violence. This is not just a national security issue, it is a quality of life issue. If we want to protect the quality of life of all Americans, women children gay and straight Jews and Christians and all people we need to tell the truth about radical Islam and we need to do it now.”

Shocker! Trump isn’t racist and does really care about all Americans! You might want to keep those quotes hand since they won’t be repeated anywhere.

Trump shows that he is a master at controlling the direction of conversation. Through this speech he drove the reactions of Hillary, Obama and others. It put him in the driver’s seat, at least for a moment. He does not mix words in his attack on the political stance of Hillary Clinton, identifying them as weakening the country. He calls her out for pushing control, taking away guns from law abiding citizens and failing to stop the people who commit the crimes. “Bottom line is that Hillary supports policies that bring the threat of radical Islam into America and allow it to grow overseas.”

He calls out Obama with the support of Hillary to not give us the intelligence we need to stop these things from happening and for not supporting police officers. He attacks her failure to set up a system of immigration where we screen people and wastes hundreds of millions of dollars, which is better spent on making life better for our poor people who are already here.

“The burden is on Hillary Clinton to tell us why we should admit anyone into our country who supports violence of any kind against gay and lesbian Americans.” He continues his resolve against Clinton’s policies as inquires “How does this kind of immigration make our lives better? How does this kind of immigration make our country better? Why does Hillary Clinton want to bring in vast numbers people who reject our values? Who is really a friend of women and the LGBT community Donald Trump with action or Hillary Clinton with her words?”

He calls for a new leader who would do this. “As President, I will give our intelligence community, law enforcement and military, the tools they need to prevent terrorist attacks. That includes better cooperation between state, local and federal officials and our allies.”

Trump called attention to a Senate subcommittee request to release the immigration details of all people charges with charges related to terrorism. The administration refused to comply. “President Obama must release the full and complete the immigration histories of all individuals implicated in terrorist activities since September 11th.”

“It will be easier to deal with our current problem if we don’t bring people in who add to the problem. Why would admit people who support violent hatred. Hillary Clinton can never claim to be a friend of the Gay Community as long as she continues to support policies that bring Islamic Extremists to our country and who suppress women, gays and anyone else who doesn’t share their views and values. She can’t have it both ways. She can’t claim to be supportive of these communities while trying to increase the number of people coming of people who suppress these same communities.”

It is evident from this speech that Trump has more political focus on the issues, a broader stance in relation to the multiple communities that we have in America. It demonstrates his ability to challenge the political platform of his rivals, rather than just giving them silly nicknames and belittling them through twitter.