Trump Must Choose Between Americanism and Masonry! 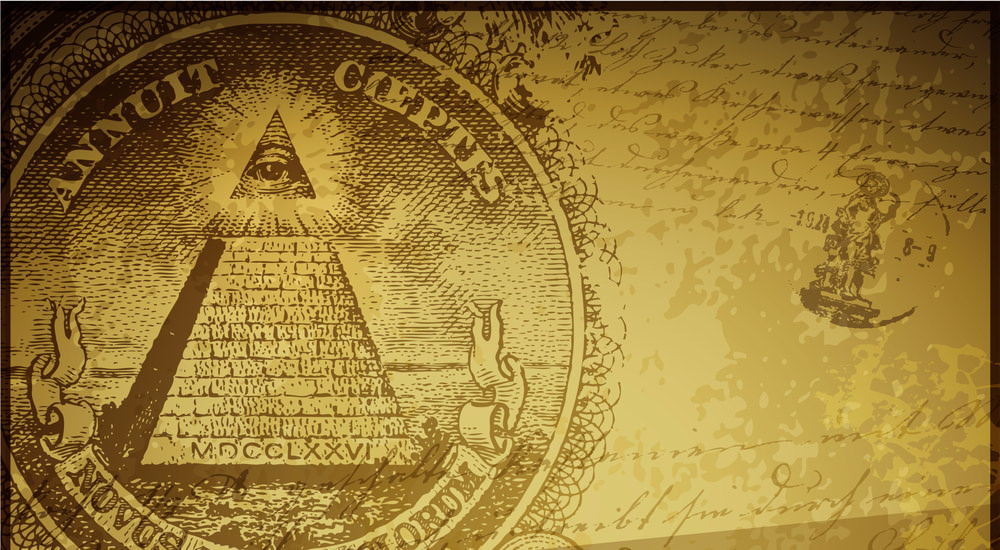 Matthew 24:4 : Jesus answered: “Watch out that no one deceives you.” Sadly, Trump’s unfortunate appointments are the Swamp…

Unless President Trump makes amends by firing his poor cabinet and administration choices – blaming them on trusted but ultimately bad advisors – globalism will continue to take over America.

Trump is filling his cabinet with New World Order front men and women! ALL BUT TWO are easily searchable members of the Freemasons, Trilateral Commission, the Council For National Policy, and the Council On Foreign Relations or Skull and Bones. Should Trump be assassinated, these will be conveniently in place to further the globalist agenda:

Many readers are familiar with the globalist CFR and Trilateral Commission. As time permits, let us examine the real definition of Freemasonry synonymous with globalism:

From history, we repeatedly see that Freemasonry first weakens and then disintegrates the fundamentals of nationally, politically, and racially determined forms of government using purely philosophical tactics, in order to set up and propagate democratic and liberal concepts in their place.

The entire defensive and offensive front of (Rothschilds agent) Soros-funded World Communism and World Freemasonry, merge together against “Americanism” in any form. So how can there be “Americanism not Globalism” with such Masonic appointments?  All of Trump’s Masonic appointments are under Masonic oath to uphold Masonic goals, which include the disintegration of nationalism.

Merkel the communist chancellor weakened and then disintegrated the fundamentals of nationally, politically, and racially determined forms of “Germanism” in any form. With Merkel, we see the ideology merger of World Communism and World Freemasonry to accomplish this destruction.

So what kind of political theater will Americans view with the Washington DC meeting of Merkel and Trump? The same President Trump photographed using ancient Masonic hand signs with UKIP leader Nigel Farage… (Keeping in mind both are highly endorsed by (Masonic?) Infowars.)  Unrepented of, Trump’s Masonry will ultimately weaken Americanism, as it disintegrates the fundamentals of nationalism.

FAKE NEWS: Keeping the above true definition of Masonry united with Communism in mind, the following four paragraphs are serious Fake News, imposing the illusion that Masonry and Globalism are opposed, which is not true, as they are united in their goals for world government! As you read the following, keep in mind a.) Vladimir Putin contradicts himself as a Freemason and a nationalist (choosing for a situation whatever is politically expedient) and b.) that this is Russian propaganda…

“An interesting report issued in the Kremlin today by the Security Council’s (SC) ‘action/alert’ committee staffed by intelligence operatives and analysts belonging to the Main Intelligence Directorate (GRU), Foreign Intelligence Service (SVR) and Federal Security Service (FSB) states that the Freemasonic forces that led President-elect Donald Trump to victory in America this past week has now re-crossed the Atlantic Ocean to re-claim France from the rule of satanic globalist tyranny too.

“According to this report, the full totality of the current Freemason ‘uprising/revolution’ against the satanic globalists seeking to enslave the world became more evident to Federation intelligence analysts last year when a secret 200-year-old archive of this mysterious organizations past members from 1733-1923 was released in Britain—and which the SVR and FSB were then able to use to “discover/decipher” who this ancient orders present leaders are.

“One of the Freemason’s ‘top/main’ leaders in Britain today, this report continues, is the United Kingdom’s Independence Party (UKIP) leader Nigel Farage, who is not only a known member of this mysterious organization, but whose powerful and secretive forces led the effort to free the British people from the grip of these satanic globalists in the stunning 23 June 2016 United Kingdom European Union membership referendum defeat known as Brexit.

“With both Britain and the United States now being freed from the evil grasp of these satanic globalists,” this report continues, “these Freemasonic forces have set their sights on freeing France too, with President-elect Trump just hours ago tasking the CEO of his victorious campaign, Stephen Bannon, to aid the campaign of France’s National Front (NF) party leader Marine Le Pen to become that nation’s next president in the election scheduled to be held in April and May 2017.”

Warning! These Satanic forces ARE Freemason globalists! “Houston, we have a problem!” Mark 3:25: “If a house is divided against itself, that house cannot stand.” The house includes the President’s cabinet and ambassadorial selections… not to mention the President himself, who may inwardly be very well divided, between Americanism and an uninformed though dedicated Freemason propensity.

Masonry may have built Trump Towers!  But it is the wrecking crew for American nationalism.  “Americanism Not Masonry!” must begin to resound!