Trump Gives His Power To Pocohontas 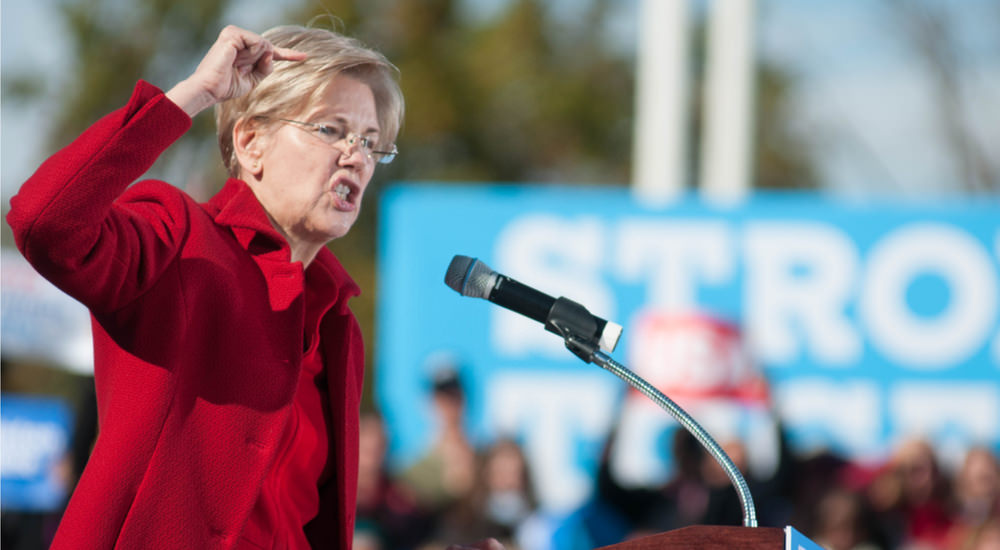 Today’s events, threatening Iran and pushing Ukraine back into hostilities with its own people, realize many of Trump’s supporters’ biggest fears: that the new president’s inexperience makes him easy prey for dark interests still very much in charge behind the scenes.

Some may claim Ukraine’s actions are external to American political actions, but anyone who’s been paying attention to Ukrainian affairs (admittedly not many), knows full well the dog-wagging going on at the hands of the CIA.

By threatening Russia today at the UN, newly appointed ambassador Nikki Haley makes it painfully clear that President Trump has purchased neo-con fake news hook line and sinker, and intends on administering WWIII, despite pre-election statements to the contrary.

Which should scare the be-Jesus out of anyone who doesn’t have a suite in Iron Mountain.

It also means Trump has alienated enough of his base to ensure stunning electoral losses in 2020, assuming he can survive ’til then.

Elizabeth Warren, the leading light in Democratic party politics will be the next president, if anything’s left.

In the short term, we may see a cessation of domestic rioting, but as America’s nuclear-armed enemies band together to defeat the great Satan, the end of the world is at hand.

Is this buyer’s remorse? Would we have fared better had Hillary been elected? No, it would be the same, because the same forces in power behind the scenes never change, despite the public facade of a new regime.

I pray for America, and the people of the world. I pray they come to their senses and eviscerate the status quo. I have otherwise little hope.