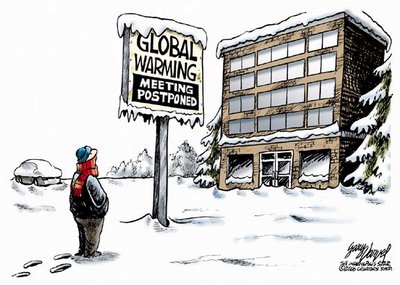 Trump appears to be scoring a lot of points with the right, regarding his recent Cabinet selections. Just days after he selected Dr. Tom Price for Secretary of Health and Human Services (HHS), he appears to have scored another potential winner. To learn more of Dr. Price, you may link to my article profiling him here.

This latest Trump selection is for the business and industry-killing Cabinet position of head of the Environmental Protection Agency (EPA). As we know, the EPA has done more than practically any other agency to set back the American economy and kill any attempted recovery. The current Director, Gina McCarthy, is a radical environmentalist with, among other things, a stated goal of killing off the entire American coal industry, not to mention oil, fracking, and any other industry she finds objectionable.

Her regulatory authoritarianism has been virtually unmatched and unchallenged. And she is evidently far from done. McCarthy is going down swinging in the waning hours of the Obama reign. I recently quoted her as saying: “As I’ve mentioned to you before, we’re running — not walking — through the finish line of President Obama’s presidency,” Environmental Protection Agency Administrator Gina McCarthy wrote agency employees the day after the Nov. 8 election. “Thank you for taking that run with me. I’m looking forward to all the progress that still lies ahead.”

So it goes without saying (I’m going to say it anyway) that Trump needs to install McCarthy’s polar opposite, and outwardly, he appears to have done so.

His choice to head up the EPA is Oklahoma Attorney General, Scott Pruitt – a man who has sued the EPA on numerous occasions. For me, this is a pleasant surprise, being that Trump recently met with both Al Gore and Leonardo DiCaprio – two of the most prominent Global Warming alarmist poster-boys.

Regarding Pruitt, CNN writes: “It’s a signal the Trump administration is intent on reversing President Barack Obama’s moves to curb climate change.” Well hooray for that!

And may I comment on the inanity of that statement? Just how does one, even The One, “curb” climate change? I wasn’t aware we had the power to curb something that has constantly changed since the planet had a climate. Liberals are so arrogant.

Some time before meeting with Donald Trump this past week, Leonardo de Caprio gave daughter Ivanka, who also appears to be a liberal climate change advocate, a copy of his dopey movie, “Before the Flood.” Trump also received a copy and promised to view it.

Whether he watched it or not, neither Gore nor DiCaprio had much influence on the Trumpster. The New York Times is not happy about the selection as they write: “President-elect Donald J. Trump has selected Scott Pruitt, the Oklahoma attorney general and a close ally of the fossil fuel industry, to run the Environmental Protection Agency, signaling Mr. Trump’s determination to dismantle President Obama’s efforts to counter climate change — and much of the E.P.A. itself.” Hooray again!

As wacked as the New York Times is, they are correct about Pruitt, and thankfully so. He even wrote a scathing article about the out-of-control Obama EPA in the National Review this past May, where he describes their tactics “of advancing the climate-change agenda by any means necessary.”

Pruitt may not garner the attention paid to other nominees like the aptly-named Mad-Dog Mattis. We may not have breathlessly anticipated it like his pick for Secretary of State, but considering the power wielded by his predecessor McCarthy, and how the EPA has negatively affected our economy, Pruitt appears to be the perfect man for the job – of dismantling the authority of the rogue agency.

And hey, if the New York Times, Washington Post, CNN, et al, hates him, he must be good.