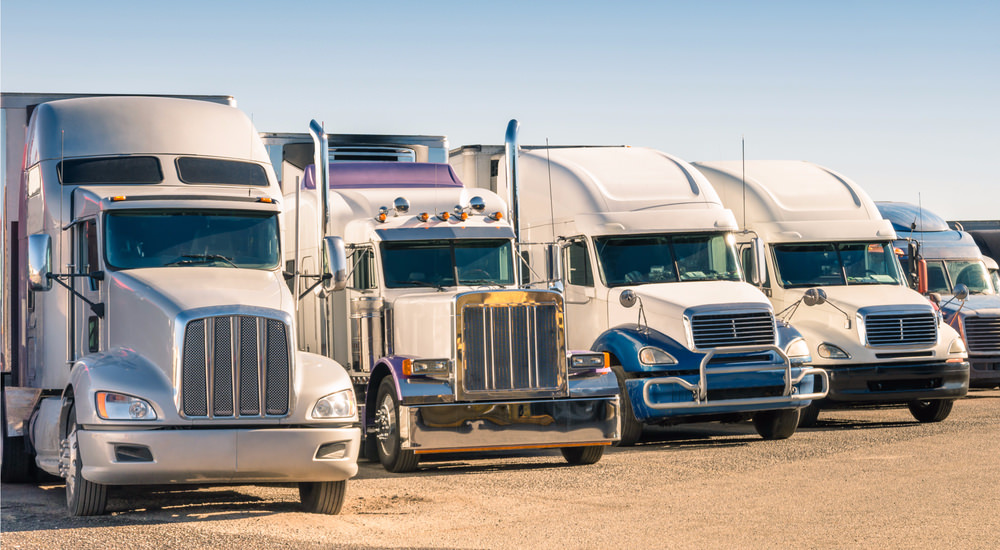 You are driving the interstate, there are large trucks among the many vehicles traveling both ways on the interstate. Has it ever occurred to you what would happen to our way of life if the trucks stopped? Can you imagine going to the grocery store for food and upon your arrival there would be NO FOOD for you to purchase to feed your family? Most people never stop to think that this scenario could become a reality. Yes it could. Consequently this has not happened in several decades but it has happened in the past. Is there a reason why this unfortunate event took place? The answer is positively yes! Just think what life would be like if there were no trucks to transport the product that all retail and wholesale businesses sell  to the consumer like you and me. The majority of consumers never think how vital the trucks are; or the aggravation they are sometimes? They certainly are… But what would we do without them?

Folks, just think about it… Have you ever seen a cargo plane at the receiving docks at your local Walmart, or a freight train delivering consumer goods to the retail market? The answer is a very blunt NO! We, as consumers, depend totally on trucks and most importantly, the driver to get the product on his or her truck and to the retail market. Folks there is no other way to accomplish this gigantic task. We, as a people and a nation, depend totally on the men and women and the trucks that they operate and drive, in order for us as a nation, to survive.

An example; the new US president, Donald J. Trump would not be able to get supplies and equipment that enables his construction company to build the many multi-billion-dollar hotels and office buildings that has been built in the United States in recent years. He, as well as all other construction companies delivery companies, retail companies,  UHH you get the picture. The men and women that make up the transportation industry are most probably the largest sector of the transportation industry as a whole. These fine men and women dedicate their lives in time and professionalism to making certain the product that we the people, you and me, the consumers, are able to purchase on a 24/7 time frame.

Jobs… There are many, many jobs open in the trucking industry at this time, mainly because professional drivers, drivers that has been in the trucking industry for many years are leaving the industry in record numbers. People, THIS MUST STOP! In the last 8 to 10 years, the federal government, DOT, FMCSA, the federal highway departments, as will as state and local over zealous police and politicians have forced thousands of professional drivers to leave the trucking industry due to the extreme stress and anxiety that is brought upon the drivers on a daily basis. The D.O.T., and the FMCSA are double-dipping and robbing the hard working truckers of their businesses and livelihood on a regular basis. The well-trained, experienced, professional drivers are leaving the trucking industry as we speak, in record numbers! There are just too many regulations, unnecessary laws, electronic logbooks and the regulations just keep coming! Soon we, as consumers, will be hauling our own food and other necessary things we get from the retail stores. NO TRUCKS, NO DRIVERS, just think about this folks!!

The new administration should dissolve either the Department of Transportation or the FMCSA as soon as possible. These two entities do the same thing and neither of the two make the roads and highways in this country any safer. They mainly cause stress and frustration among the men and women in the transportation industry. Speed limiters or trucks prohibited to travel over 68 miles an hour is a rolling accident waiting to happen. Small, faster vehicles cause over 90% of all the accidents involving class seven and eight commercial trucks. Folks this is a fact and can be verified with the little digging on the Internet. The DOT and FMCSA waste more money and time that could be used more appropriately to rebuild the infrastructure, interstates, highways and bridges throughout the United States.

Mr. President, either the DOT or the FMCSA should be eliminated immediately! It is apparent that the main reason the experienced, well-trained professional drivers in the trucking industry are leaving the industry is due to the over regulated, bloated operations and expense of these two entities. If something isn’t done immediately about the trucking industry, this country will experience an imminent danger of not having transportation to deliver products to the consumers, the people of the United States of America.

Among the many other things I am involved in, besides being a journalist, I have been a member of the trucking industry for over 40 years. I am a proud member of OOIDA.

I am proud to have served in this country’s military and I am willing to stand up and fight if it became necessary.