The Tragedy of Trey Pearson 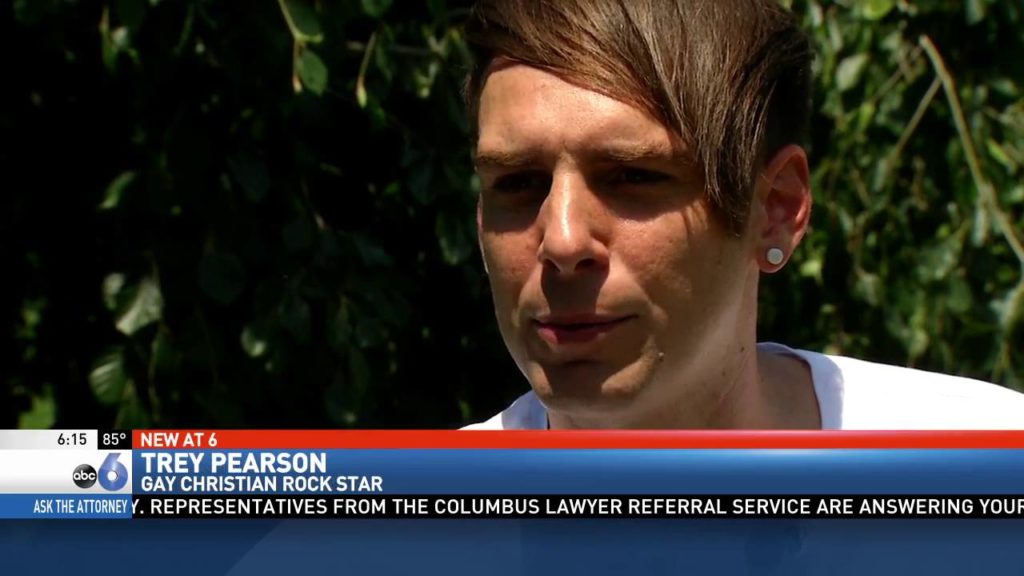 Where do I begin? Another Christian musician has ‘come out’ in a recent article in Billboard. The tragedy of Trey Pearson is, unfortunately, becoming a little more common. The article recounts Trey Pearson being filled with conflicting emotions, mental anguish and the turmoil that comes from desires which run contrary to God’s Word. Is he alone? Do others have similar conflicts, whether sexual or otherwise? No, he is not alone. A few other notable Christian musicians have ‘come out’ in the past several years, including Vicky Beeching and Jennifer Knapp.  Their tales share a lot of common elements.

Trey Pearson faced years of struggle with emotions averse to what he was taught. His upbringing by a devoutly Christian father and mother seemed to call him to a life which he states was, “…an effort to life the lifestyle his community expected.” Sadly, Trey has bought into a very subtle deception; a deception which is becoming increasingly popular in both worldly and Christian circles. We can learn a lot from this situation by looking at some of his (and other’s) statements, comparing them with the Word of God.

“I finally decided to come out because I couldn’t keep trying to be something that I wasn’t.”

The Christian life is not accomplished by our “trying to be something.” In fact, it is the opposite of anything that we may achieve on our own.  We cannot receive salvation on our own (Ephesians 2:8-9). We cannot progress in our walk with Christ on our own (Galatians 3:1-3). The power to live a Christian life comes by listening – and following – the Word of God as revealed by the voice of the Holy Spirit. It starts with the Born Again experience, and will only continue as we walk in faith.

What does Trey Pearson mean when he states he needed to ‘accept myself?’ It means that he accepted personal feelings and desires instead of what the Word of God proclaims for him, and that he relented to the desire of his flesh. It means that he had grown tired of resisting the impulses of his human nature in his own power and, obviously, didn’t know how to counter them. Does it mean that his contention against that desire was fake? Not at all, because all of us have desires which go against the life that we (as Christians) are called to fulfill. However, he doesn’t seem to understand that his ‘self’ has already been put to death (Romans 6:5-11; Galatians 2:20; 5:24-25). The life of Christ is available for anyone who will seek Him, but we need to seek Him through His Word (not personal experience) and then act in faith on what the Holy Spirit reveals to us.

It seems he was focused on his personal failings instead of the promises contained in the Word of God. Because he didn’t ‘feel’ what he expected he assumed that he (or God?) had failed. In direct contradiction to his ‘feelings’ God promises a new life (2 Corinthians 5:17), He promises a life of grace (Hebrews 4:14-16) and victory (Romans 5:17). The caveat to living this life is that we pursue it  by faith, not feelings.

“But if this honesty with myself about who I am, and who I was made by God to be…”

I’m sure this man believes what he claims, but what he states is frightening. His sexual appetite is not ‘who he is’ (at least according to God’s Word). God did not “make him a homosexual.” To think that way shows a profound divergence from the truth of God, and jeopardizes his very relationship with Him. Does God make people drunks? Does God make people rapists? Does God make people thieves? The answer to all these questions, obviously, is NO. What this kind of thinking (as employed by people like Pearson) shows is what happens when we fail at living the Christian life when doing things on our own, in our own power.

The sad reality is that Trey Pearson, along with others like him, has traded the truth of God for the lie of the flesh. They place their faith in what they feel and not in what God says in His Word. As with other artists who have done as he has, I won’t support him in his deception by purchasing his work. At the same time though, our response should not be one of anger or retribution. Instead we should reach out to him in an attitude of love, correction and reconciliation.

If he is determined to continue in his erroneous lifestyle then so be it, but we should not rant and rave about his personal decisions. Instead, we should operate in the love of God and pray for him and, ultimately, hope that God will reveal the error he’s entered into and restore him to the truth.