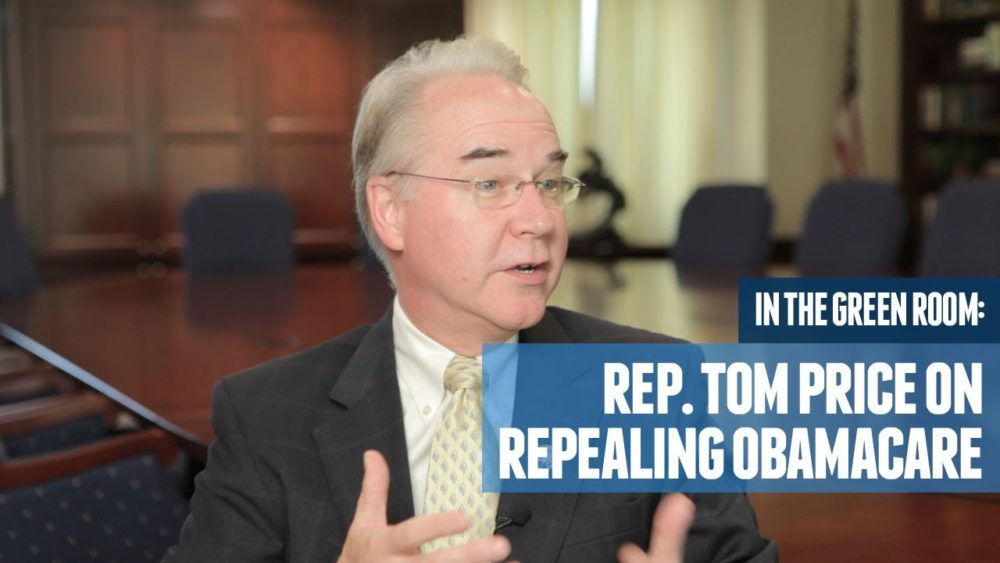 It took 3 weeks but Rep. Tom Price (R-GA) has finally been confirmed as the Secretary of Health and Human Services. President Trump still has a half-empty Cabinet, but at least he now has someone to run HHS.

In a middle-of-the-night vote, the Senate confirmed Rep. Tom Price to be the next secretary of the Department of Health and Human Services.

Republicans view Price, an orthopedic surgeon, as a champion of free market principles who will guide the repeal and replace of Obamacare, the top legislative priority for President Donald Trump and Congressional Republicans.

The vote took place in the early hours Friday morning because the Democrats have spent the entire week dragging their feet on every single Cabinet nominee. In a first month that is unprecedented in American history, the Democrat Party has hindered and blocked the Trump administration at every possible step. To put this into perspective President Trump has had 8 of his 15 Cabinet members confirmed, meanwhile by this point in his presidency Obama had seen all but 3 of his Cabinet nominations approved.