The Progressive Socialist Democrats Do Not Care About the American People 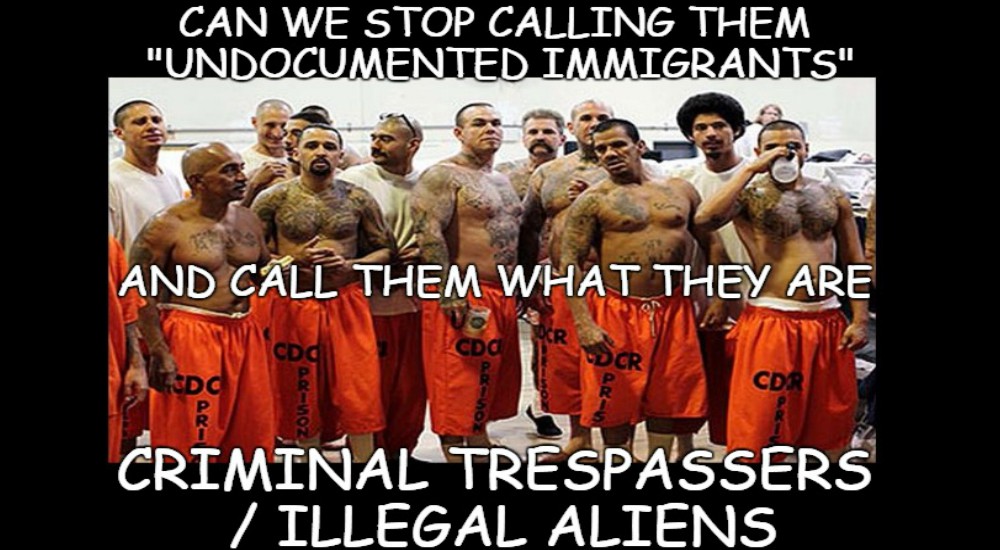 The progressive socialist Pelosi and her anti-American comrades are a pathetic reminder of what this country is becoming. Crying Chuck and his flunkies on the Capitol Steps carrying pictures of those furloughed workers was a circus act meant to put forth two messages. That these poor downtrodden workers are not getting paid and were a disgusting middle finger to the Angels moms who the day before had carried pictures of their loved ones killed by the very same illegal immigrants they represent to the offices of both Schumer and Pelosi. Both refused to see them and like cowards that they are hiding behind the walls of their offices to escape. The politicians of this country know that the campaign donations they receive from open borders advocates from the U.S. Chamber of Commerce to George Soros are needed to retain the positions they have and it is profitable for them to ignore the damage being done to our country. Besides, they need those “donations”. How else can they spend 30 years n Congress and retire as millionaires without money from corporations and insider trading?

They do not feel the need to answer for the decisions that they and others on both sides have made that has brought this debacle to this point over the past 30 years. They refuse to explain how the immigration laws made over the past decade including the ridiculous Flores decision has helped in defining the immigration laws that make us a country. The excuse they always give and which causes most Americans to repel from them was started by their Messiah- “This isn’t who we are as a country.” And that’s right I must admit. Ignoring our laws allowing open borders to let everyone and anyone to enter our country is NOT who we are as a country.

But it is expedient for them to let these illegal criminals come in, use our benefits, and commit crimes (rape and murder and violent assaults, crimes rampant in the areas where they live in sanctuary cities and in the state of California and against the wishes of the citizens a sanctuary state. Can any of the politicians supporting Sanctuary Cities declare under oath that there is not at this time another 9/11 being planned? Can they point to a meaningful focus on these sanctuary cities that will prevent another attack from happening?

The Progressive socialists talking points speak of economic migration but fail to mention that judges from the local level up to the circuit court levels have ruled that economic interests DO NOT meet legal requirements for asylum.

Also mentioned is the fallacy that illegal immigrants are less likely to commit a crime than the citizens of the country. Virtually all adults who are illegal immigrants working in this country have falsified documents including work permits and social security numbers- a felony in federal regulations.  The felonies just in this aspect of illegal immi9gration include social security fraud, identity theft, forgery, perjury, and numerous others.  I don’t think any American citizens that perpetrated this amount of fraud on our country would stay out of jail. In Social Security alone the New York Times has admitted to 75% of illegal aliens have committed fraud. Of course, they use it to prove that these are ju7st hard working law abiding citizens who need to commit fraud to pay their taxes.

The children and husbands of the Angel Moms cannot hide from the finality of the separations caused by the criminals allowed across the border, it is permanent. The only expressions of suffering and concern blared by the progressive socialists and their sycophants in the media are for of the mothers and children separated at the border.

Presidential hopeful progressive socialist Elizabeth Warren went so far as to claim with her customary bluster that “mothers and children separated at the border does not make the country safer.” I submit that burying the children from the country’s mothers due to criminal acts you support and are trying to force on the American people along with the rest of your socialist friends, is not safe for anyone. The American people understand that the Wall is an investment in our country, in our security, and the safety of the American people. It is quite apparent that the progressive socialists consider the normal working people of this country as beneath them and not worthy of consideration, not when there is money to be made.

Another question that needs to be answered is whether the progressive socialists are willing to allow the cartels to bring drugs into our country or allow human smuggling of even the insertion of terrorists into our country. All of which have been documented more clearly during the past two years. They continue to use the talking points that they come through points of entry, a lie debunked by the CBP and ICE. They whine and cry that most illegal immigrants in this country are visa overstays. Ok, that may be. Let’s make E verify mandatory, collect the information required and deport them as well. Of course, the progressive socialists will whine and cry and declare that these poor souls have paid taxes and are productive members of the society. I say Great! We can allow those in our country, the citizens and legal immigrants to take back the stolen job and perform just as well and we can use the tax money that the illegal aliens have paid to send them back.

They mention the federal workers who are not getting paid. I am sure that many of them are hard-working people, but then why are they called non-essential. They wring their hands and clutch their pearls and expect us to do the same over federal workers who are inconvenienced and we are supposed to bow down to our government betters and allow them to run roughshod over the country. It has been many weeks now, and I have seen no change in my lifestyle, and have continued to live my life free from government interference.

Where are these same leaders when we, the American people lost our jobs to the illegals who flood our country? In the fields of restaurant work, landscaping, construction, and others these illegal immigrants have displaced workers to high unemployment boosting the profits of the employers and landing that money in the pockets of the anarchists that force this agenda on the American people Where have they been during the years of Obamas ineffective immigration laws that were meant to undermine public safety and national security. It has even affected our education system, overloading classrooms to the point where the Los Angeles Unified School District is using it as an excuse to go one strike even though their union fought for open borders alongside the progressive socialists.

President Trump has, in fact, made concessions and still the leftists refuse to negotiate. They claim they would give 1.6 million for the border none of which is to be spent on a wall, and then San Fran Nan declares “ not a dollar for the wall.” They call us “racists” (as they always do when they can’t win an argument) because we believe in the sovereignty of our country and expect the ability to keep unwanted people out.

But they talk of drones and sensors to keep people out. I have yet to see a drone or a sensor arrest anyone or assist law enforcement should they come under attack. CBP and numbers provided by the government have shown pilot programs of drones have not increased apprehensions, a reduction in cost or efficiency, but we do have pretty pictures of people crossing our borders and never caught. That will work, right?

We know the walls work. The decrease in illegal immigration in San Diego has been92%, Tucson 90% and El Paso 95%. The El Paso wall may be coming down because the Democrats in charge have decided it is unsightly.

These are the same people who turned down a proposal by President Trump to triple the size of the Dreamers to become citizens and the progressive socialists refused to even discuss it. Why? Because it had money for the wall, something the leftists cannot allow our country to bid because they refuse to give President Trump what he wants and promised to the patriots of this country.

We can no longer accept MS13 members coming into our country as “Unaccompanied Alien Children”. We must no longer accept the blabbering fools of the mainstream media telling us this is a “manufactured crisis.” We can no longer afford the welfare dependency, the bankrupted hospitals, the overcrowded schools, the murder of innocent Americans, the cesspool they have made along our border, the diseases they bring to our country. It is time to admit that the moral cretins that inhabit the liberal media are lying to us. Jim Acosta and Don Lemon can spew their venom at us, at our President, and at the culture of our country, but we know better and will fight back against the lies and deceptions that are passing to our children and low information voters within our midst. The rapes and murders brought to our country by the progressive socialists that do not care for its own citizens will cease one way or another.