The Democrats have been taken over by their Socialist Wing 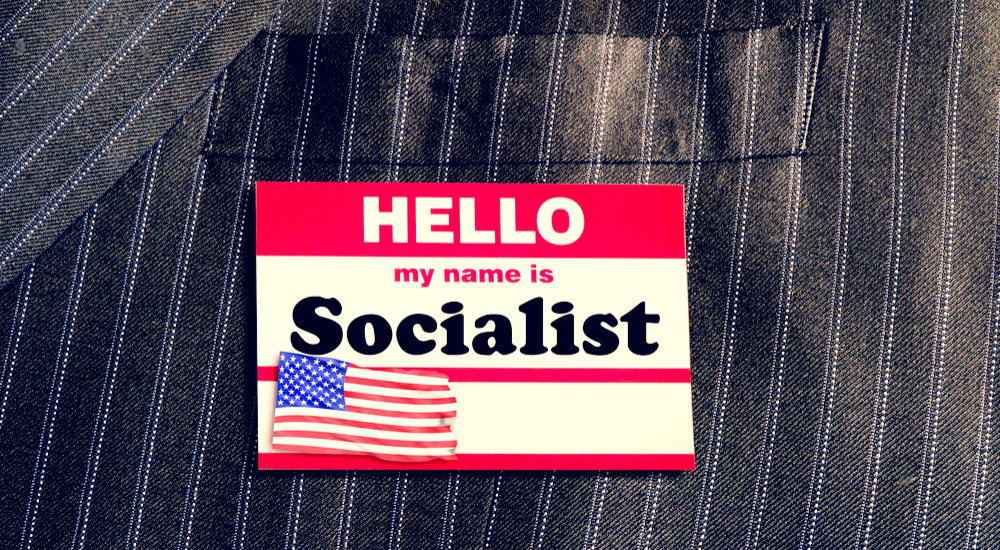 At his weekly press conference, House Minority Leader Kevin McCarthy (R-CA) railed against the far-left lurch that the Democrat Party has undertaken in recent years.

The leader argued that the “transition” was now complete, the Democrats have been taken over by a new Democrat-Socialist Party, McCarthy also explained that the GOP in the House was “united and frustrated.”

“We’re very united, and frustrated, that the Democratic Party is now taken over by the socialist-progressive wing on their side,” McCarthy opined.

We saw when this new Democrat-Socialist Party was presented with an amendment that recognizes that allowing illegal immigrants to vote diminishes the franchise and diminishes the voting power of American citizens, they rejected that. What’s most ironic is we voted on this a few months before, and 49 Democrats voted to uphold the franchise of the American voters. Today, only 6 Democrats voted for identical language, only 6. What changed in those few short months? The sanctity of the ballot is suddenly controversial in the new Democrat-Socialist Party.

The socialist grip could not be tighter. This week, the House Republicans also asked for unanimous consent for the 12th, 13th, and 14th time to consider the born-alive abortion survivor protection act, and each time the Democrats rejected it, but we will continue to ask every single day until the Democrats agree to bring it up.

This isn’t the Democratic Party that we’ve come to know, the transition is now complete. The Democrat-Socialist wing of the party controls their own leadership. We continue to see the very clear contrast between freedom and socialism throughout this Congress.

Responding to a question about the anti-Semitism bill inspired by Rep. Ilhan Omar:

When you watch what the Democrats did, they watered down this amendment. The frustration of the Republican side was that they watered down the amendment. Yes, we are always stronger when we speak with one voice, but I think America is very clear on this. We oppose anti-Semitism. They have a clear problem on the Democratic side. The first time it happened it was the Republicans, not having a vehicle, we brought it up, we spoke with one voice. When it happened again, this time the Democrats didn’t even ask Rep. Omar to apologize, their own members on the Democratic side — Elliot, the chairman, Chairman Engel — he was frustrated that they had to add more to the resolution to even get it to come to the floor. That’s what they spent the entire week on. So yes, we’re very united, and frustrated, that the Democratic Party is now taken over by the socialist-progressive wing on their side.

Watch the press conference below, it’s full of good info: