Texas Putting Illegal Aliens on Buses and Dumping Them Onto the Streets of Washington D.C. 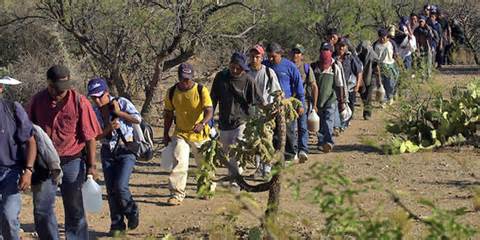 The state of Texas is striking back at Joe Biden’s open border policies by filling buses with illegal aliens captured at the border and driving them to Washington D.C. where they are being dumped out onto the Capital city’s streets.

The first Lone Star express just ended its maiden trip to D.C. on Wednesday, with about a dozen illegals driven from Texas to D.C. and then given their walking papers.

Some doubted that Texas Gov. Greg Abbott would actually do it. But it looks like he has.

Abbott announced last week that he was directing the Texas Division of Emergency Management (TDEM) to transport migrants released from federal custody in Texas to the nation’s capital and other locations outside his state.

The bus pulled up at approximately 8 a.m. local time, blocks away from the U.S. Capitol building. Fox News has learned that they came from the Del Rio sector in Texas, after coming to the U.S. from Colombia, Cuba, Nicaragua, and Venezuela.

Upon the bus’s arrival in Washington, D.C., individuals disembarked one by one except for family units who exited together. They checked in with officials and had wristbands they were wearing cut off before being told they could go.

Many accused Abbott of a publicity stunt. Well, of course it is.

But it is an effective one. And you can be sure this won’t be the first busload of law breakers that Texas sends to Biden.

As well it shouldn’t.