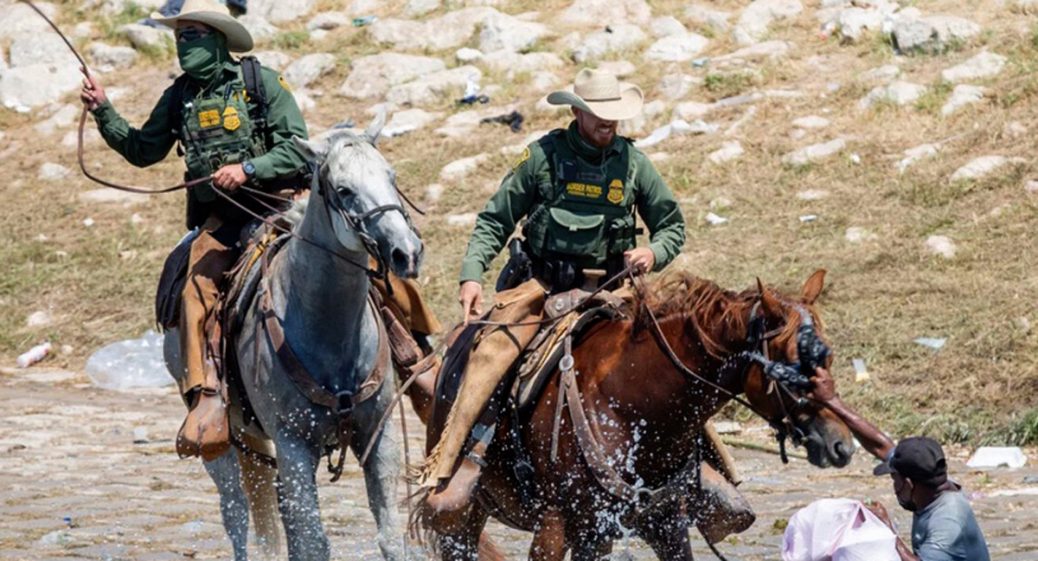 Remember the story that the leftist, fake news media was pushing about horse-mounted border patrol agents “whipping” illegal aliens? Well, the agents have now been cleared of any wrongdoing… not that you’ll hear the story in the media, of course.

Last year, the left went wild for the false story about a photo they claimed depicted members of the border patrol “whipping” illegals as the agents chased them down on horseback.

Now, the agents have been cleared of the accusation, according to Fox News:

🚨🚨: Fox reporting that the mounted Border Patrol agents falsely accused of "whipping" illegal migrants in Del Rio have been cleared!

Hopefully these men are fully restored after being slandered by Biden and Mayorkas. #BidenBorderCrisis pic.twitter.com/oN1NpshQ1I

You’ll recall the tsunami of lies the left launched over this story.

Last year, leftists and their media lapdogs went crazy over claims that Border Patrol agents were chasing illegal immigrants down and using “whips” on them.

It was ‘just like slavery” liberals cried. It was like evil overseers on horses whipping the slaves.

After photos of some of the encounters went viral, media liars like Yamiche Alcindor went into overdrive saying the border patrol officers were using “whips.”

From @elpasotimes: As the Haitians tried to climb onto the U.S. side of the river Sunday afternoon, a border agent shouted: "Let's go! Get out now! Back to Mexico!"

The agent swung his whip menacingly, charging his horse toward the men in the river.https://t.co/DejaoSQKwI

Fox collected a list of media liars pushing the narrative:

Border Patrol agents on horseback cracking whips and charging into crowds of Haitian asylum seekers in Texas, shouting at them to go back to Mexico — strong reporting from @psskow on the situation in Del Rio/Ciudad Acuña https://t.co/ZVeS6j3gnM

This is absolutely horrifying. Like something out of the 19th century. https://t.co/WhT2IHykpb

But this is all garbage. There were no “whips.”

What the border agents had in their hands were not “whips.”

HORSE LESSON FOR NOVICES: The horse-mounted Border Patrol guys down in Del Rio are riding "western" style so they are using what's known as a "split rein" to control the horse. It's where the reins are attached to the bit but aren't attached to each other. (1)

The reins are held in the rider's hands. They are usually long enough to perhaps APPEAR whip-like and occasionally a rider will use it to spur the mount a bit. But reins are not whips. Border Patrol doesn't carry whips. (2-END)

So, the truth is that there were no “whips.” The media lied to you.