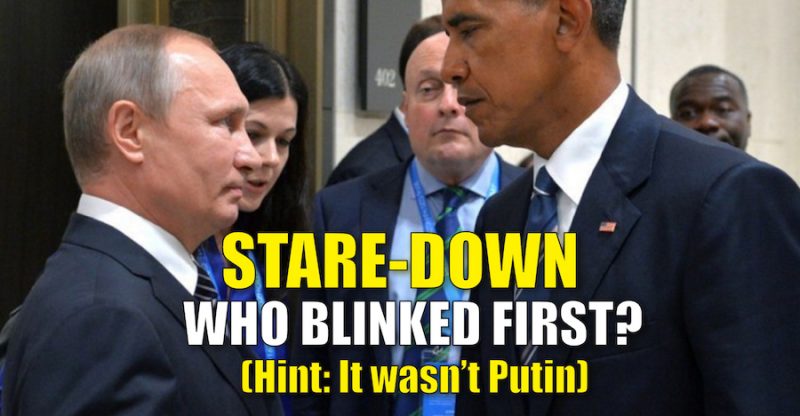 In his latest abuse of power, President Obama issued an executive order to heighten tension with Russia over unproven hacking claims perpetuated by the Obama administration. This executive order continues the Obama administration pattern of making claims of Russian interference in the 2016 election without offering a shred of proof to support it’s claims that Russia “tampering with, altering, or causing a misappropriation of information with the purpose or effect of interfering with or undermining election processes or institutions.”

The House Intelligence committee has still not been briefed on the specific proof, which likely does not exist, that links Russian espionage agencies to the hacking of Democrat’s official’s emails according to multiple media reports. The committee was told they had to wait for “more definitive proof”.

In comments made about the lack of proof offered by the Obama administration, Representative Ron Johnson said, “It is disappointing that the CIA would provide information on this issue to the Washington Post and NBC but will not provide information to elected members of Congress” after being denied requests to the CIA for proof of Russian involvement.

The Russian response this morning has been, predictably, not amused by Obama’s antics. “We think that such steps by a U.S. administration that has three weeks left to work are aimed at two things: to further harm Russian-American ties, which are at a low point as it is, as well as, obviously, to deal a blow to the foreign policy plans of the incoming administration of the president-elect,” Russian spokesperson Peskov told reporters in Moscow. He labeled Obama’s unilateral decision as “unpredictable” and “aggressive foreign policy.”

Russian foreign minister’s spokesperson Maria Zakharova went much, much further in a series of comments which reveal no confidence in the current American President:

“‘The American people are being humiliated by their own President” in what she described as the Cold War-style measures against Moscow. “‘They are the group of foreign policy losers, angry and shallow-brained,’ she said.

“This time Washington got a slap in the face from its own master and it increased the urgent agenda of the incoming Donald Trump team to its maximum level.”

“Everybody, including the American people, will be glad to see the last of this hapless administration.”

‘The whole world, from the stalls to the upper balcony, is watching the smashing blow on American prestige and its leadership made by Barack Obama and his illiterate foreign policy team, that disclosed its top secret to the world – their exceptional nature was a mask for their helplessness.”

“No single enemy could do more harm to the USA than it’s own President.”