How Roe Reveals the Hypocrisy of Sanctuary Cities 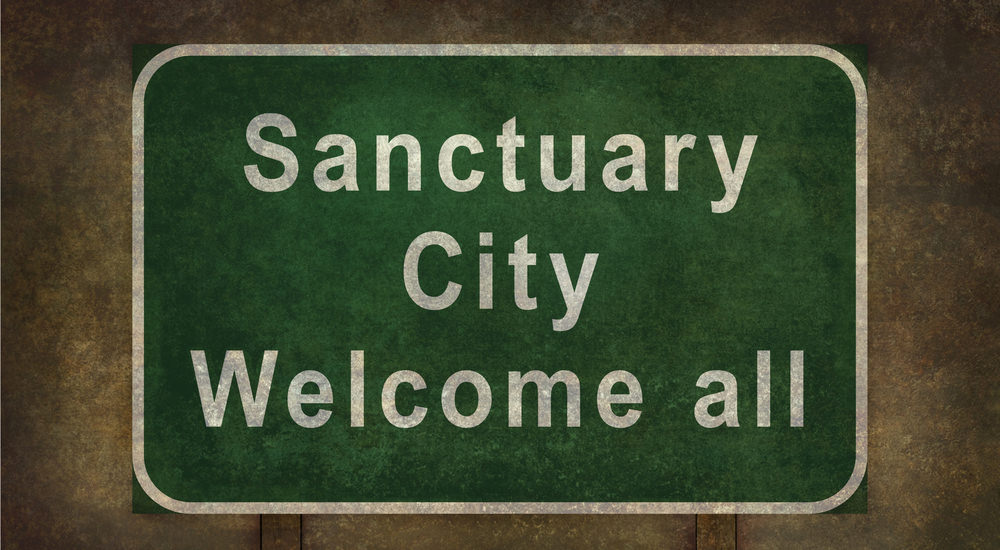 The most prevalent absurdity in modern America is the fact that we have blocked the entrance of 60 million of our own offspring due to Roe v. Wade, while we insist that those who pour across our borders illegally have a perfect right to be here.

Nothing lends itself to the definition of pure hypocrisy more than watching parades of protesters carrying signs, including some that say – “No human being is illegal.”

In the recent nomination hearings of Appeals Court Judge Neil Gorsuch, Senator Dick Durbin asked Gorsuch to explain how he could reconcile his belief that all human life is intrinsically valuable with the ruling of Roe v. Wade? His answer, although it may have been forced upon him, was the same as millions of Americans who are holding on to and fighting tooth, nail and claw to keep Roe on the books at all costs.

He replied – “Abortion is different because the unborn are not legally recognized as people.”

Even in America where snowflakes and Supreme Court nominees can mouth the greatest absurdities with complete impunity, this answer defies every standard and any hope of sane protocol when addressing the cry that – “no humans are illegal.”

We cannot have it both ways, but if we insist, then it can only be labeled as unbridled hypocrisy.

Sanctuary cities essentially declare themselves above the law. The example, the precedent and the picture this paints to the young and to the immigrants who arrive here, is that the law is arbitrary and they can decide for themselves if it should be obeyed.

Little wonder that they commit such heinous crimes within the confines of their sanctuaries, but that leaves the rightful law abiding native born citizens with no sanctuary at all.

The FBI and police organizations cannot all be wrong because statistics don’t lie.

75 percent of those on the most wanted criminals list in Los Angeles, Phoenix and Albuquerque are illegal aliens.

Over 53 percent of all investigated burglaries reported in California, New Mexico, Nevada, Arizona, and Texas are perpetrated by illegal aliens.

In Texas alone 611,234 unique crimes have been committed by illegal aliens including sexual assaults and almost 3,000 homicides. Sanctuary cities for whom – certainly not Texans.

The idea of laying waste to un-born babies and allowing a veritable gang of criminals to enter and roam the nation is perhaps the greatest definition for the word hypocrisy given since the days of Daniel Webster.

Juxtaposition these two points and you have the very definition of hypocrisy.

Peering far into the future the Apostle Paul saw our day and he warned of this kind of hypocrisy.

“Now the Spirit speaketh expressly, that in the latter times some shall depart from the faith, giving heed to seducing spirits, and doctrines of devils; Speaking lies in hypocrisy; having their conscience seared with a hot iron.” (1Tim 4: 1-2)