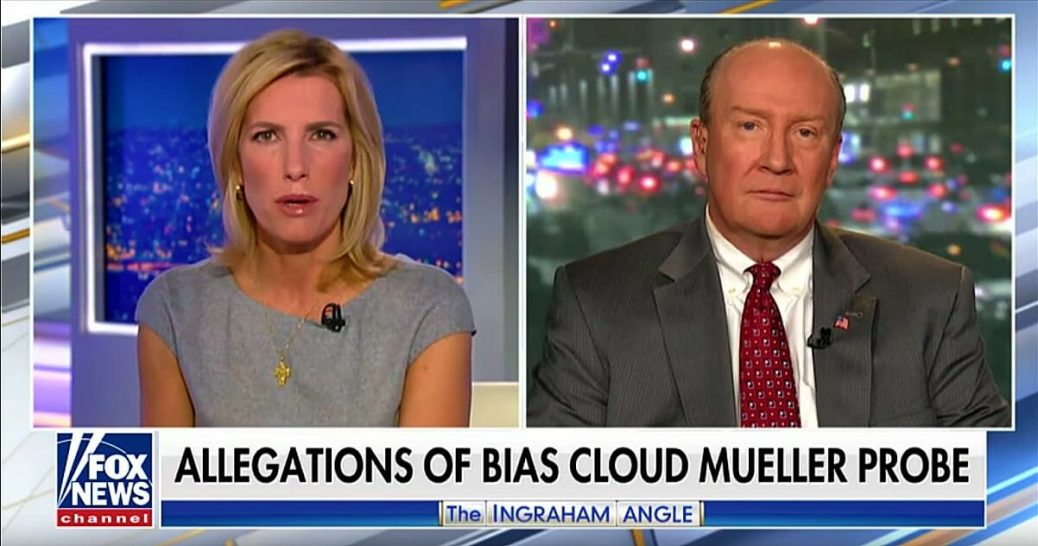 As special counsel Robert Mueller’s investigation into the possibility of Russian collusion in the 2016 campaign for President continues, the one thing we’ve learned for sure is that the Obama Justice Department most certainly colluded with the Clinton campaign team.

Mueller’s own investigative team has lost 3 members who have been outed as moles for the Democrat Party – and all three were leaders in the DOJ, not simple henchmen.

As I understand it and as Comey testified to a closed session, according to The Wall Street Journal as then FBI director Comey testified to a closed session of the House Intelligence Committee in March, the reason they hadn’t brought any case against Flynn at that point was because the agents that interviewed him believed him and that was [Peter] Strzok. So the fact that Flynn ended up pleaded guilty to lying in that interview was not Strzok’s idea. Evidently, Strzok was not pushing that. That was the very aggressive Mueller investigators toward the end.

So I just want to see the facts on him come in, Laura. But I think your general point about Mueller’s poor judgment enlarding this ridiculously inflated 17-lawyer team with Democratic donors and activists is not only a big problem for the integrity of the investigation, I think we’re ultimately going to find that the real collusion story of the 2016 election was the way that the Obama administration put the law enforcement and intelligence arms of the administration in the service of the Clinton campaign and a lot of these Mueller lawyers come from the top levels of the Obama Justice Department.