Q Anon is a disease and bad for America! 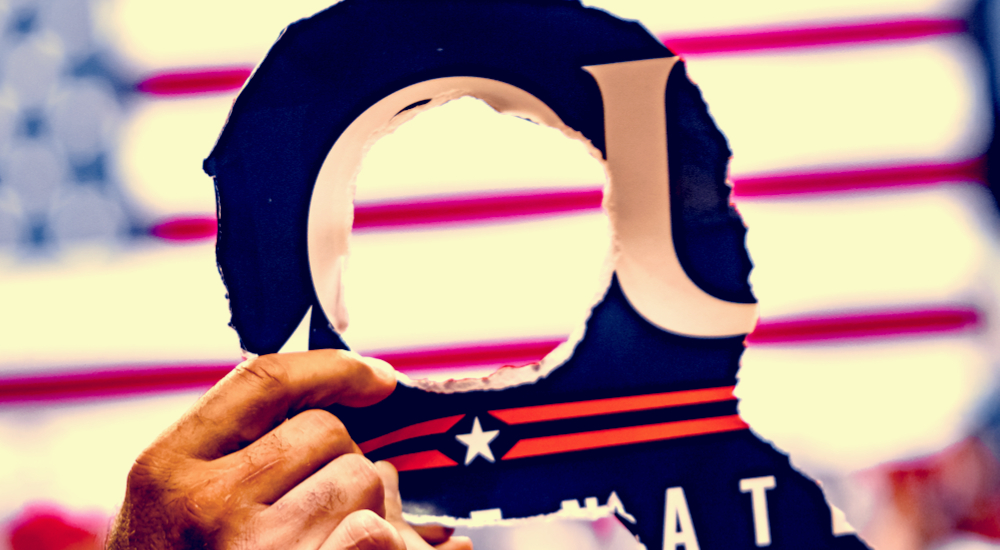 Yo Q the time is now.

Remember when there was going to be martial law before the midterm election and then after the midterm election? The last word was January. I hate to break to Q-Anon but the month of January is almost over and I don’t see any major arrests within government or ex-government nor any indication that anything odd is brewing other than the usual odd things that are always brewing.

Who in their right mind would tie themselves to the group Anonymous? What insane government insider, knowing what happened to the original movers and shakers in Anonymous (they all got hunted down) would tie themselves to a group that today can’t even limit the smallest amount of censorship online? Couldn’t stop censorship so then they attacked pedophiles but that only lasted as long as it was publicity worthy. Anonymous became a scam and you’d have to believe everyone influential in government knows that. It is trolls and nothing more and that is what it has been for a long time now.

Here’s another thing. If an operation to save America from its corrupt government within the government is actually taking place, why would they tell you? To “prepare you? Exactly how many of you do you think even know about Q? What are a relative handful of people who are “prepared” going to do anyway? I’ll tell you who does know about Q …. the entire forking government that’s who. So much for the element of surprise. Seems to me that if any of this was true then Q Anon ruined the entire plan.

This whole Q thing is insanity people. Do you realize the scale of such an operation? How do you keep something like that secret in any organization? Once the secret is uncovered the retaliation is already in the works. What the deep state doesn’t monitor conservative video creators and writers? They can see everything.

The newest thing I’ve seen from the Q zombies is that it could take Trumps entire 8-year term to make all these promises real. Really? Is that because January is almost gone? How many dates have to come and go before people understand that this is trolling and likely from the leftists? They want you to do nothing and so the best you can muster is a tee shirt.

Please for the love of God stop believing this bullshit. Change doesn’t happen overnight and certainly, we don’t need a military coup and martial law. On what planet did you think these things would be good things for the light on the hill? What example would America set for the rest of the world? That we seek justice or that military coups are just fine and dandy. If you round them all up at once it is a coup.

Look, people like Hillary Clinton and Barrack Obama will die long before being arrested for anything. Going to jail is our world, not theirs. Fixing their mess will take a long time and the only way it is going to really happen is if Trump can show the Democrat voters the error of their ways before his stewardship is up.

You see justice will come but it will come in the history books about the Obama regime. We will continue to expose more and more of the lies and crimes of the left and the media and information that is hidden from us will eventually be exposed. History will record these people as being corrupt to the core because they are. They will serve as examples of what evil and sedition look like to future generations and they cannot escape this outcome not with people like you and me making sure such information reaches as far as possible.

It isn’t the government or the military or even President Trump who will save America it is you. If you haven’t figured that out you’re just setting yourself up for your own nightmare.

Most people are sitting around waiting for someone else to do what they know they should be doing.