Does the so-called “Vicar of Christ” not know biblical history?  How does he compare people, who steal across the border of the United States to take jobs and taxpayer benefits, and Moslems who are invading Europe because their own Muslim Brotherhood started wars to overthrow their governments, to Mary and Joseph travelling to Bethlehem for the Roman Census?  WTF is wrong with this Pope’s brain?  Mary and Joseph seeking a place to stay in Bethlehem are akin to people looking for a hotel room in a city having a convention.  Seeking refuge for the night is not the same as being a refugee.  Liberals just get confused by words.  Refugees and immigrants are entirely different people.  Refugees are fleeing disasters and oppression.  Immigrants are simply moving to another place to live.  But there is a vast difference between those fleeing disaster and oppression and those fleeing from a war of their own making.  And there is an equally vast gulf between those who immigrate to another country to live with them and those who steal across their border to live among them while partaking of their wealth without paying taxes for the privilege. 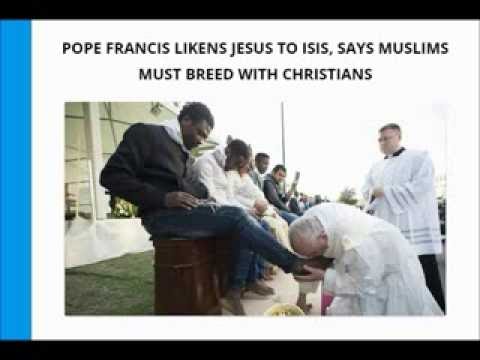 …{Read all of this article}

What Christmas is all about