Perversion and Immorality vs. Trump’s MAGA – Who’s in the Lead? 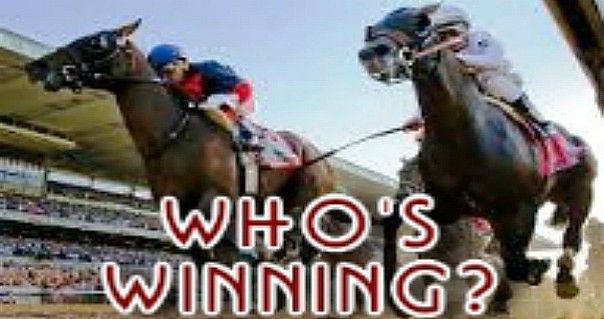 A few decades ago the push for the new PC and diversity was spearheaded by debate and dialog, but today politically activist judges, agency appointees and others are pulling rule changes right out of the hat – indiscriminately.

The enforcement arms of the LGBT are into everything. Lately, they added the letter “K” to their long list of letters in their ever expanding acronym. The K stands for – kink.

They may as well just throw all the letters of the alphabet into their acronym so they can make room for any new perversions that come to mind.

It would be like the Apostle Paul’s encounter with the ancient Athenians who erected a temple to the “Unknown” god – they were afraid they may have missed one in the long list of idols. (Ac 17: 22-23) Although the LGBT may need to start using combinations of consonants and a few diphthongs to accommodate them; America’s emerging collective sexual obsessive compulsive disorder is rolling ahead at full steam.

Is it time for the LGBT to add the “D” for divisive?

In Staten Island, New York, girls who had been happily preparing for months in advance for the “Father and Daughter” dance have been sidetracked by the schools new and petted diversity policy. Because other genders may feel excluded, everyone must suffer.

Parents are furious, the girls are disappointed and America has taken another dip into deep perversion just to please a group of people who think sexual preferences and orientation are on a level with the black civil rights movement of the sixties.

It is as if the LGBT has pulled back and landed a whopping slap in the face to every biblical teaching, American tradition and common sense combined.

The moral majority has finally made way for the immoral minority.

Labeling the resistors as “homophobes” is supposed to send the dissenters away with their heads bowed in shame – but that little device is growing old for many Americans who have had enough.

Now there is an imaginary war between the “homophobes” and the “reprobates” and at the moment the reprobates are gaining ground.

This too, is a PC perversion because real biblical believers are not homophobic about homosexuals; they are only afraid that those who practice and espouse these perversions will lose their lives forever at the last day.

As for reprobates gaining ground, that is impossible. If you have become reprobate, you have already lost in God’s eyes. To wit:

“And even as they did not like to retain God in their knowledge, God gave them over to a reprobate mind, to do those things which are not convenient” (Ro 1: 28)

Out of the daily news comes the perfect example of a spiritually bereft and dumbed down PC world view.

House minority leader Nancy Pelosi just delivered a record breaking eight hour speech on the floor of the house. But only days before it was announced that she would be a guest judge in the TV showing of RuPaul’s Drag Race

In God’s picture of the future no one flaunting sexual sins on this level will be given a single minute to defend their behavior, regardless of what other accomplishments they may have under their belt.

If you have not yet seen the depth to which America has sunken into reprobation and deep sin, consider the following headline on Freedom Outpost February 3, 2018.

“While Congress Sits On Its Hands, Planned Parenthood Vows To “Break the Baby’s Neck” If Born Alive”

Constitutional protections and moral teachings of the Bible have just been scattered to the wind.

At this very moment President Trump has declared that he does not believe that this is what America is supposed to be.

At the 66th annual National Prayer Breakfast, Mr. Trump said “Faith is central to American life and to liberty. Our founders invoked our Creator four times in the Declaration of Independence. Our rights are not given to us by man; our rights come from our Creator,” he said. “No matter what, no earthly force can take those rights away.”

God has indeed given us our rights, it is not granted to us by a band of merry perverts who think basic sexual impulses should wreak havoc with every moral fiber woven into our great nation since it began.

There is a defiant wickedness in today’s leaders which help us to understand the warning found in Ephesians 6: 12.

“For we wrestle not against flesh and blood, but against principalities, against powers, against the rulers of the darkness of this world, against spiritual wickedness in high places.”

When a sitting Senator, Diane Feinstein, can cast doubt on a judicial nominee for simply asking a homosexual judge to recuse himself on the issue of California’s prop-8 we have entered the day of vaunting ourselves against the will and counsel of the Living God.

Same sex marriage is on an equal par with abortion and will be part and parcel of what brings this nation to its knees if we do not repent and deal with it, reversal is the only path.

Tax cuts are large, new religious rights are long overdue, but without a change in the morals of our country Mr. Trump’s best efforts may not be enough.

We may follow the great strides of the President’s efforts, but God is following his own barometer to see if we have passed the mark or allowed our sins to come to full. This is a recurrent teaching of the bible.

God watches nations sometimes for generations, but when they pass the mark nothing they have ever done in the past will make any difference. When the iniquity has come to “full” – judgment and collapse is all that remains.

The first example of this immutable mandate is found in Genesis 15: 16.

“But in the fourth generation they shall come hither again: for the iniquity of the Amorites is not yet full.”

If “Facebook Is Private,” Why Are They Feeding Private Messages Of Its Users Directly To The FBI?
January 22nd, 2021 Sons of Liberty Media

Reporter Dares To Ask Biden About His Vaccination Goals; President Responds With ‘Give Me A Break
January 22nd, 2021 The Political Cowboy