Moron Leftists at Google Think ‘Juneteenth’ is About Africa 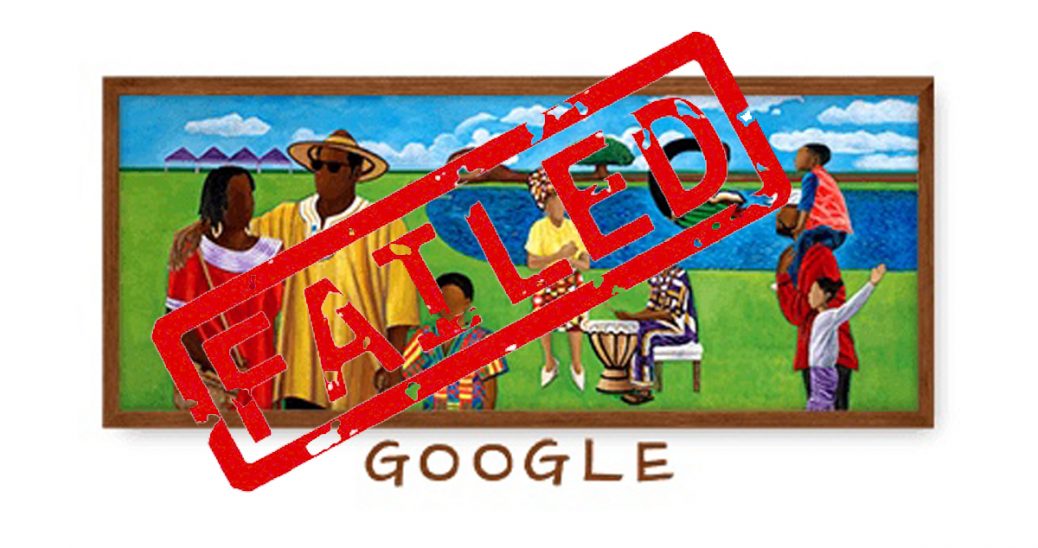 The moron leftists at Google celebrated Juneteenth on Monday, but it was clear they didn’t have any idea at all what the holiday even is about. They think it is African.

On the federal holiday, which was Monday, June 20 this year, Google offered the following doodle on its search landing page: 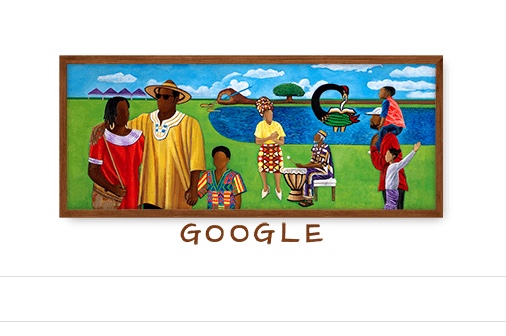 Isn’t that festive? All those black people wearing their African national colors, and such. Only, there is a problem, here. Africa does not have any Juneteenth. It is a truly American holiday that has no equal anywhere else.

Juneteenth was marked on June 19, 1865, when U.S. General Gordon Granger issued General Order No. 3 which proclaimed that all slaves in Texas were henceforth free. The order marked the end of chattel slavery in Texas at the end of the Civil War and became a day of celebration for blacks in the Lone Start State for years, eventually spreading to other southern states. It never attained national status, though, until more than one hundred fifty years later when activists succeeded in making the day a federal holiday in 2021.

When you clicked on the doodle, Google’s info got even worse: 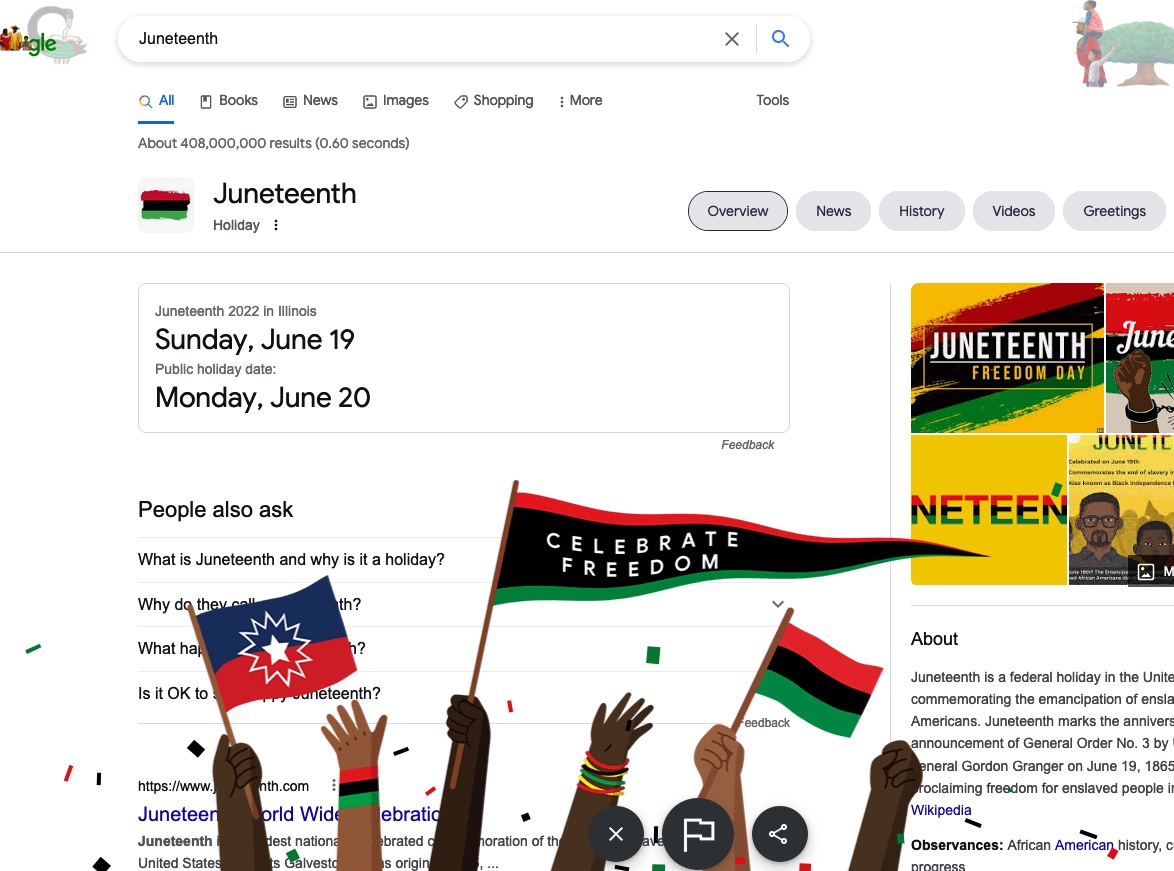 Beside the word “Juneteenth” at the top of the page is a flag with African colors. Why? It’s an American holiday, not an African one.

And at the bottom of the screen a little parade of arms waving flags moved across the screen. That animated image was also imbued with African flags, and African black, red, and green colors.

Again… this is an AMERICAN holiday, not an African holiday.

More absurdly, the explanation says that Juneteenth is the day “commemorating the emancipation of enslaved African Americans.” No, they weren’t “African Americans.” Very few of the slaves in the US were actually from Africa by 1865 as the importation of Africans was ended in 1808, more than 50 years before the Civil War started. Also, they were NOT considered “Americans” at the time. That is why they were being freed in the first place!

Make Juneteenth as a major failure for left-wing, anti-American Google.