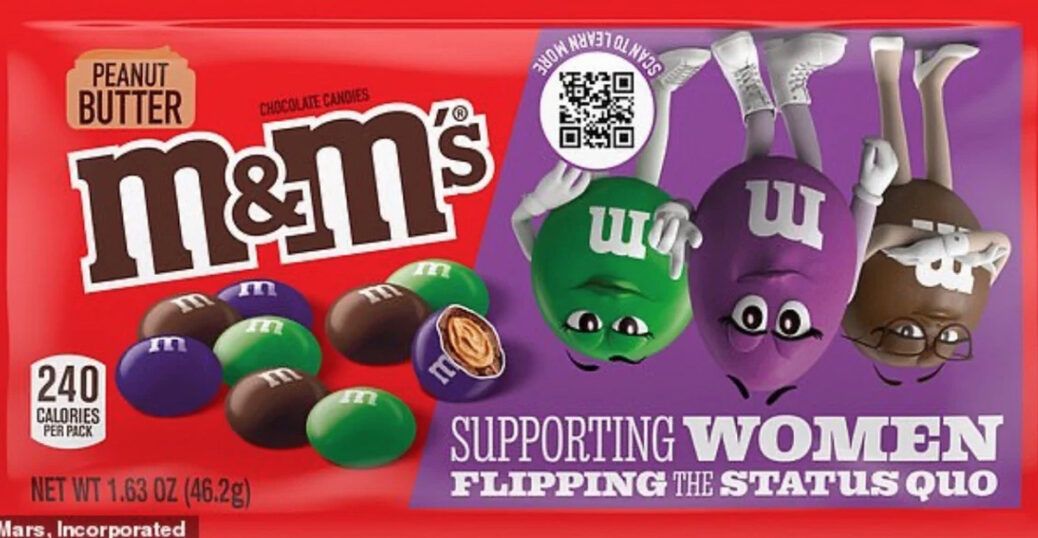 Mars Candy, the maker of M&M’s, has launched a new campaign to promote “inclusivity” by announcing the sale of the candy in purple packages featuring its “female” candy characters.

By “all-female,” the company means the characters assigned to its candy colors. In recent years, the candy maker assigned green and brown to female cartoon characters.

It’s rare Ms. Brown and I get to spend time together without some colorful characters barging in. – Ms. Green pic.twitter.com/hnoktsAgAW

But recently, the company also added purple to its “female” M&M’s, this time in honor of the LGBTQ community, The Blaze reported.

“There is so much about our new spokescandy that people can relate to and appreciate,” Jane Hwang, global VP at Mars Wrigley said of Purple, “including her willingness to embrace her true self — our new character reminds us to celebrate what makes us unique.”

Now, with the purple character added to its stable of characters, the company is launching its “all-female” packaging.

In addition to the limited colors, the “all-female” M&M’s package — which will come in milk chocolate, peanut, and peanut butter varieties — will also feature an upside-down image of the characters on the packaging itself to represent the ways in which women are “are flipping how they define success.”

“Women all over the world are flipping how they define success and happiness while challenging the status quo, so we’re thrilled to be able to recognize and celebrate them,” Mars Wrigley North America chief marketing officer Gabrielle Wesley said. “And who better to help us on that mission than our own powerhouse spokescandies Green, Brown and Purple?”

And Mars has promised to put its money where its mouth is. The company intends to donate up to $500,000 to two organizations which promote female musicians: “She Is The Music” and “We Are Moving the Needle.” It will also donate an additional $300,000 to other nonprofits dedicated to supporting women, Fox News reported.

It’s all just another example of a woke corporation bowing to the radical gay agenda and forcing that nonsense on its customers.