Simple Answers for the Liberal Tantrum Over Trump 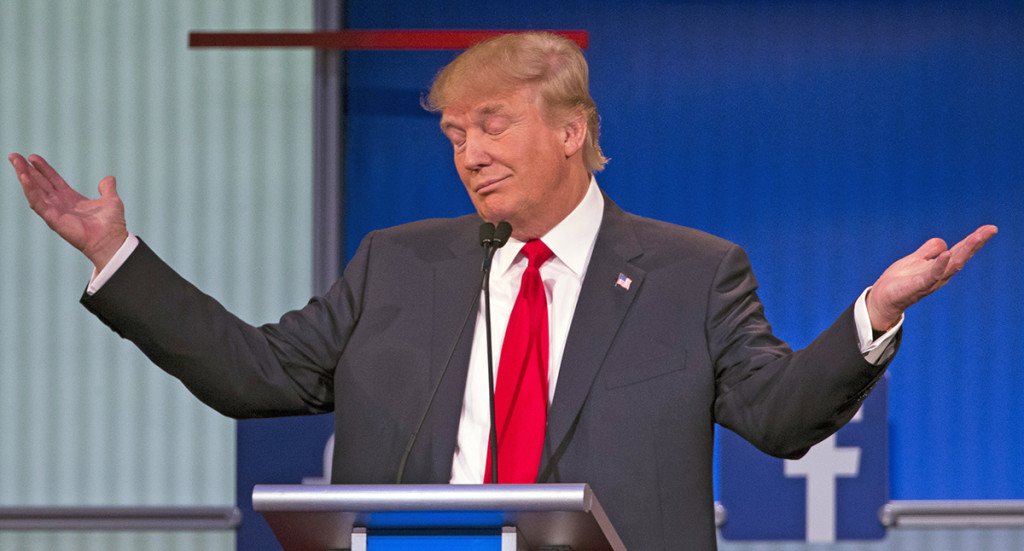 I first heard of the theory called “Occam’s Razor” on the radio as part of a comedy bit on The Phil Hendrie Show. The context was unimportant and irrelevant but the character in question gave the definition and like most useless trivia, it stuck in my head.

The theory was formulated by an English Franciscan friar named William of Ockham who died in 1347. The principle can be interpreted as  “Among competing hypotheses, the one with the fewest assumptions should be selected.” (Wikipedia). In other words, the simplest explanation is most likely correct.

Which brings us to today.

We are two weeks removed from the election of Donald J. Trump and Hillary Clinton’s supporters (in the public and in the slanted media) are still searching for answers and explanations that could somehow explain how she was denied what was basically thought as her rightful place in history.

Business Insider called her an “awkward campaigner.” TheResurgent.com said that it was the failure of Obamacare to do what was promised. The Chicago Tribune blamed “white women” for Hillary’s loss essentially accusing them of gender treason for electing a white male who is basically the cause of all their pain. CNN said it was because she couldn’t hold on to the “Obama coalition” which basically means keeping all of the African-American, Latino, and younger voters that he cultivated in two elections. Bernie Sanders himself went on record with The Independent saying that the Democrats lost because they spent too much time “raising money from wealthy individuals” rather than campaigning on behalf of ordinary working people.

The only person who didn’t get blamed was Colonel Mustard holding the candlestick.

But this is what we do in grief: we search for an answer. People don’t just die, it had to be a doctor’s fault so now we’re suing. We’re human. We try to make sense of things because when we don’t, we feel inadequate, as if there is something wrong with us internally. We have to know what happened.

But all of the excuses, explanations, and reasons have something in common – none of them actually blame themselves, which is a staple for any explanation for anything from the Left. Nothing ever fails, it’s that someone else dropped the ball and that kept it from being executed perfectly.

Obamacare is a terrific healthcare plan, but those greedy insurance companies!

Gun control in Chicago is working perfectly, it’s just people bring in guns from the states without our strict laws!

Our corporate tax rates are fine! The companies that outsource jobs are just un-American and greedy when they exploit cheap labor elsewhere!

But this is where Occam’s Razor comes in. What’s the simplest explanation for why the Democrats took a beating worthy of NFL fines (HINT: the answer isn’t “white women,”)?

The truth is, we were just sick of being lied to.

And that’s all that the last eight years have been. Lie after lie. Literally, almost a decade of being lied to constantly by the establishment. Voters were sick of Republican lies as well and Trump benefited from this. The Republicans asked us for the House and the Senate in 2014 so they could defund Obamacare and stop the Omnibus package. Neither happened.

But you can’t tell us Obamacare is “working” when people in Arizona are seeing their insurance premiums spike by 116% while people lost their doctors and their plans.

You can’t tell us that Obama’s Iran Deal was a success when there are Iranian propaganda videos of ten US sailors being held at gunpoint with their hands behind their head while kneeling on a dock.

You can’t tell us that we’re at 5% unemployment (or “full employment” according to my economics textbook from high school) and throw up a candidate who keeps talking about getting people “back to work” and “creating jobs.” And how is it “full employment” when there are over 90 million people out of the workforce?

You can’t tell us that you care about veterans when they’re dying while waiting for care. Meanwhile, you’re building facilities specifically for transgendered illegal immigrants in Texas.

You can’t take money from Saudi Arabia, UAE, and Qatar where they murder gay people for their mere existence and then claim to be a champion of the LGBT community.

You can’t tell us you don’t negotiate with terrorists when you’re sending palates of foreign currency to hostile nations in the middle of the night in order to recover hostages.

You can’t say you support the Second Amendment and then in the next sentence say the word “regulation,” (that happened in the third debate).

And you can’t tell us ISIS is contained the day before ISIS terrorists attack Paris and murder 120 people.

In eight years, it got old. It got old really fast. The American people were basically treated like that nice kid in high school whose girlfriend kept cheating on him, but he kept taking her back over and over again. There was no mystery to Hillary’s defeat. Oh sure, it’s easy to just blame the electorate as a bunch of barbarians who weren’t ready for a woman president. It’s even easier to blame FBI Director James Comey for his on-again/off-again investigation into all things criminal regarding Hillary. The truth is, we had had enough. Barack Obama lied to us for years, and Hillary was promising us more of the same.

So let’s not kill ourselves with these overthought explanations. The answer is very clear. If the Democrats and liberal snowflakes are looking for answers, they should start with a mirror.