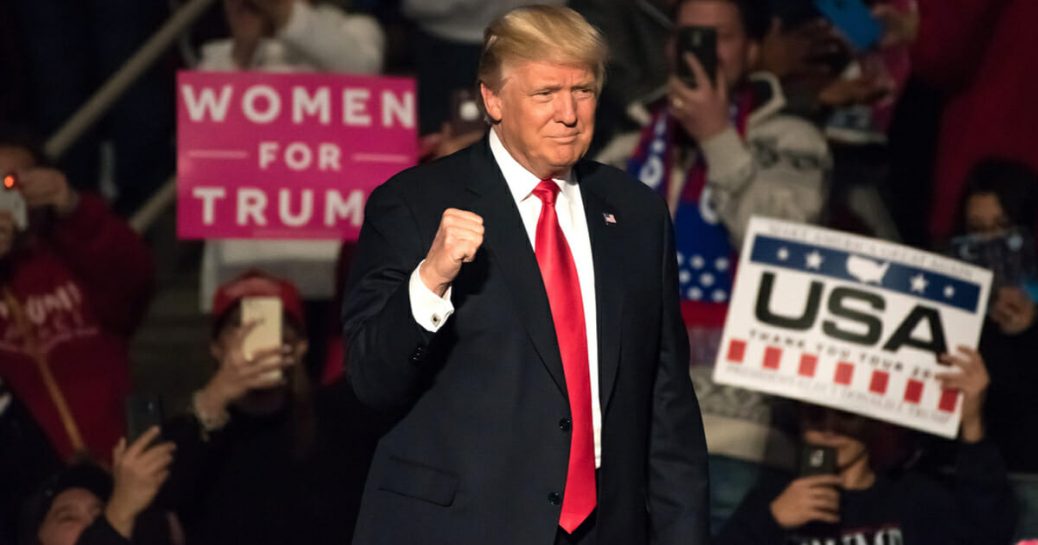 The horrors and stupidity of not having a defined southern border may be coming to an end as well as the Democrat party. It is not the “Democratic Party,” as their leaders prefer to call it, The “Democratic” callers allude to the adjective because it sounds good, but it means a system wherein every person has a say in governing all. Plato said such a system is unworkable for more than 30 people and from our experience even that is impossible.

We are a “representative republic.” We vote for people to represent us in democratic chambers of people who have equal say in decisions, but even those are divided into 102 legislatures, two for each state plus Congress. All are organized in a power structure which is divided into “houses,” plus judicial and executive parts with equal power. Thus, “our democracy” is not that in any way. What the Democrats claim is a fraud from the beginning.

The Democrat Party emerged from the ashes of the Civil War creating an action auxiliary, Ku Klux Klan, to enforce “Jim Crow” laws when they did not have enough power to pass state laws to repress Negro people. “Negro” is the correct anthropological term. “Black” is not an improvement.

The Civil War was utter stupidity as slavery had been legal and when the government wanted to free the slaves they could have done it with a $4 billion bond issue as there were four million slaves, each valued at $800. The total was $3.2 billion and we would add $800.000 to give each $200 starting out money as the working wage then was $500 per year. This would have created a capitalistic South with a head start instead of ashes and over a million dead people.

It is estimated the Civil War cost $40 billion, but that does not include the value of 600,000 young men killed on both sides where the average age was 20 and living to 60, a loss of 40 years of products and services for another $12 billion for a subtotal of $52 billion-plus was destroyed in real property and industry. This says nothing of 600,000 widowed mothers of fatherless children who would never marry again, live in lonely poverty in a burned-out, nation of burned-out people. What else could they bring forth, but a party ever on the wrong track, dripping with evil, greed, and corruption.

Floating a bond issue for $4 billion would have prevented it all, but you would have to believe in capitalism to have such a solution. Instead, the people who would live to found the “Democratic party,” with even more hate than they have for Mr. Trump, went to war. Hate is their tradition and they are approaching that level today.

So far hate has worked for the Democrats effectively. Nancy Pelosi gave up nothing for the agreement of January 25, 2019. She has hardened her position once again with a seeming success, but it will be an ashen victory.

Virginia Freshman Democratic Rep. Elaine Luria and thirty members within the Democrat caucus are urging Speaker Pelosi to give President Trump a vote on border security funding if he agrees to end the shutdown. This is not the first crack in the chalice of Pelosi’s President Poison, but it is sufficiently sophisticated to indicate Democrats are weakening. The knife has turned…

“He’s not talking about a wall from sea to shining sea. That is not what we are talking about. We are talking about physical barriers as recommended by experts,” said Representative Elaine Luria. House Speaker Nancy Pelosi promptly rejected the proposal telling reporters as she walked off the floor it was not “reasonable” thereby exposing her intransigence. This will poison her well in short order.

President Trump is insisting on a “down payment” on a border wall as a condition to end the government shutdown temporarily, telling reporters it would be “some sort of pro-rated down payment on the wall.” This is a clue to the President’s thinking as the national treasury is getting $14 billion in funds confiscated from the drug kingpin El Chapo as he has had it stashed in several offshore banks.

The account balances are fully recoverable as we have treaties with the countries involved and they will not dare to violate them. Add to that the $50 billion sent annually from Mexicans in the US, which the President can halt and yes, “Mexico will pay for the wall,” as that money is the second largest source they have in international commerce. Without it their economy crashes and they have no choice but to accept an impost on it.

Whatever is said by the parrots of major media shaking in fear of future media coming to life at the hands of juvenile looking brats in scruffy Tee shirts and witless grins eating their lunch and dinner. “No man can live on breakfast alone!” So the old-line media have dived into The Swamp with its’ 1089 bureaus, many headed by evil people, with all for sale, to create an evil machine that will destroy the nation as it has every major empire in the past of what we flatteringly call “civilization.”

In any case, it is important to know that President Trump has not changed his focus. May he continue.