Liberty as Told to Me 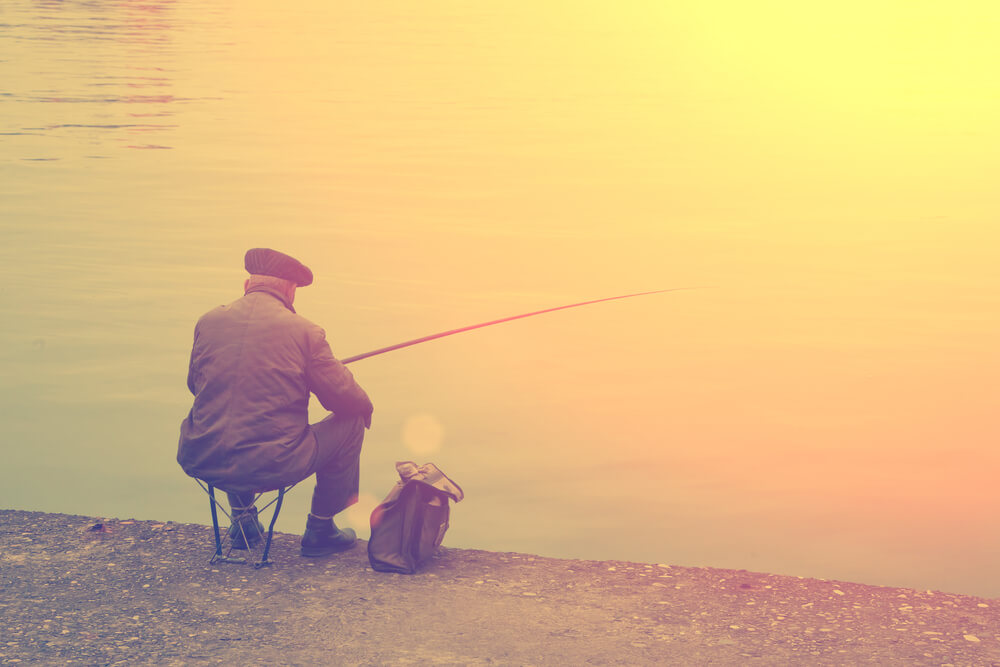 In the spring of nineteen fifty-five my great grandfather and I spent a lot of time together fishing for that elusive rainbow trout, Pops favorite.

However let me tell you a story about my great grandfather who was affectionately known to me as Pop Weeks, and his eight-year old fishing buddy. See Pop would pick me up in his Model T Ford to spend some time with him on those bright sunny days in late spring. When the cherry trees blossomed and the tree buds were popping out all over. Pop loved his fishing, and he would take me out of school to go sit on a bank and cast in a line or two. While my friends sat in class I was unknowingly then spending time with a piece of walking history.

Our best fishing hole for that elusive fish known as trout was just east of Saint Claire’s Hospital in Denville. That stream was much larger then especially to an eight year old fisherman. This is the same stream that still runs under the bridge leading into Mt. Lakes. In those days there were no parking lots nearby and the hospital wasn’t quite as large. Each spring the cherry blossoms bloomed all along its eastern bank. Back then it had a road running ran along the eastern side under those blossoms where we would park that Model T for our several hours of enjoyment. All around us were woods and for me it was a seemingly large forest. Along with a pleasant warm afternoon sun it always made for a picture perfect day for the both of us.

The fishing there was always great never did we leave empty, our one creel full. Then at the day’s end I would sit behind the wheel of the T as Pop would crank the crank to get it started. Then it was off to go home; an end to a splendid fishing trip. We would go back to Boonton make that first left over the bridge and then on to his home in Powerville. This of course always ended in his being scolded by his daughter my great Aunt Nellie, my grandmother’s sister. Who would come looking for me to find out why he once again had absconded with me. To just sit alongside a bank and fish on a sunny day in June when I should still be in school. I guess Aunt Nellie never fished? Of course I was always on Pop’s side of the argument. But for a child in second grade I didn’t have much to say in his behalf that would get him out of trouble. Then with a hug and a wink I would be off. To sit in class the next day only to daydream the day away waiting to run down to see Pop and hopefully go for another fishing trip even if it meant just walking across the street.

What I miss about those early days in my life besides the caring and love I found from him, as well as the delight of bringing in a trout or two. It was his stories about his life and what growing up in America was about for him. Pop was in his eighties at the time and he had a garage and a gas station. Not much if any gas was in those cans tucked above your head by his house. In those days his gas pumps, were best described as long barrels that hung above his head as the hoses drooped down along the side of the tube running up to make it all happen in a gravity feed system. His garage was somehow attached to the shack next to those pumps I could never quite figure this place out and I never had time to explore it either. But it sure had enough fishing and hunting stuff in it. It was filled with magic to an eight year old.

But in the car or on the road or just sitting by the stream he would tell me about life, his American life. He’d talk about the big War’s the Spanish American War his war, and the First World War, my grandfathers and the Second big one my dad’s, then he would ask if I knew about Korea. I said I just knew that Uncle Bud was there, and that my brother Pete and I were airplane spotters at the Harmony firehouse and he got paid fifty cents a day. Who knew that in my future my war would be called Viet Nam and my sons Iraq? Smiling at me then Pop said that wars were ugly, miserable foul things that separated the shaft from the wheat. But they needed to be fought in order to save our way of life. What Pop then said, well it was for our Liberty? I smiled then because I of course knew of the Statue and I knew of the flags that proclaimed; Liberty or Death with the cool looking snakes on them. As I thought I understood all about Liberty he just smiled and asked me what about this part of it. As he then began giving me my first lesson on his meaning of the word. I do remember it was a bright sunny day and we had just gotten out of the T and threw our lines into the stream. I turned from the position I was sitting in to listen as he explained it to me this way.

Just today I took out two of my grandsons to go fishing. So now I sit with my young fishing buddies as the stories about the ones that got away make the homecoming news. But more importantly for me is that one day I hope to tell them about the meaning of the word Liberty. How a long time ago I sat on a bank casting in a line with their great, great, great grandfather and how he told me all about that word and what it means to our family.