The Left Hated Reagan Then and Hate Trump Now 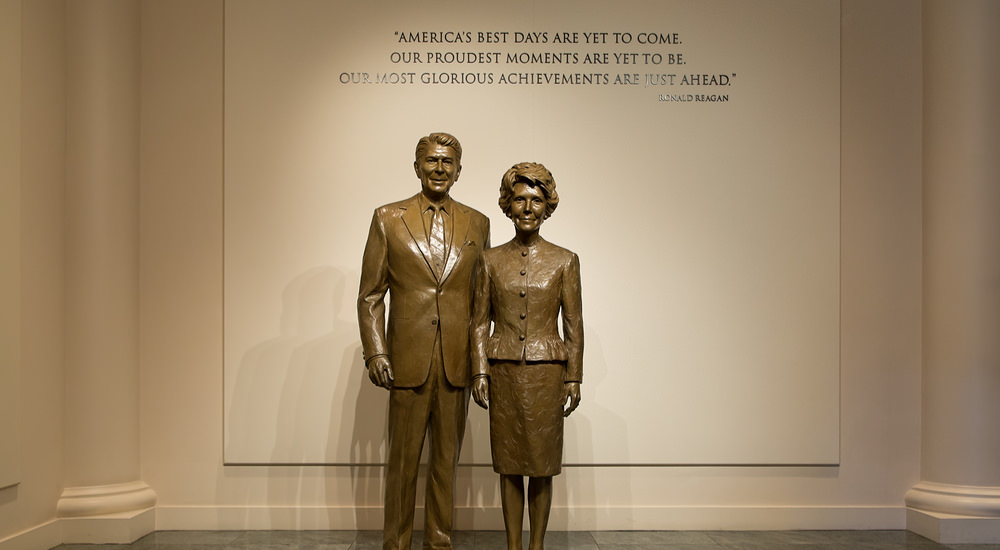 On a brisk early November day 1980, our national nightmare came to a sudden and totally unexpected halt. For a large majority of citizens, that collective sigh of relief signaled the beginning of hope and change that would lead to the largest peacetime economic expansion in history, and lead to the demise of our greatest threat, the USSR.

But that was only after Jimmy Carter blamed us for the malaise that defined his presidency. The rate of inflation topped 13.85 percent. Service men and women living off base were forced to sign up for food stamps. Supermarket prices changed monthly, then weekly. Sticker upon sticker covered earlier sticker prices. Seniors eating dog food because it was cheaper than hamburger took on urban legend status.

As inflation continued to rise, our paychecks bought much less. The American Dream was in progressive decline. We had entered a dark time not seen since our parents and grandparents toiled and scraped to survive the Great Depression.

The Prime Rate, the interest rate banks charge their best customers, reached an astounding 21 percent in the final month of the worst four-year period since the 1930s. The national unemployment rate climbed to double digits, leading to a phenomenon Keynesians declared would never happen: A stagnant economy with inflationary prices. This oddity was named Stagflation and was the direct result of government policies pursued by activist government.

Gas lines formed across the nation as OPEC put the squeeze on a weakened president. Iran seized our embassy and held us hostage 444 days. In our hemisphere, pro-U.S. strong men in Central and South America were replaced by pro-Soviet Marxist regimes that invited the Russians and Cubans into the their countries. Construction of 10,000 ft. runways underway in places like Grenada were built to allow Russian Backfire bombers to be based just south of our border, capable of reducing American cities to ashes in under thirty minutes.

By the time our national nightmare was replaced by hope and change, the American Navy had been cut in half. Our ships routinely were rammed by Soviet vessels, but provocations continually were ignored in the interests of signing another meaningless SALT treaty.

Everywhere, America was retreating and retrenching. The president even took to the airwaves wearing a cardigan sweater to advise us the old America, the America of the 40s and 50s and 60s was over. The nation that defeated Fascism around the world had to learn to live with strict limits on the American Dream.

That four-year period, 1977 – 81 was a slow-motion disaster both on the home front and on the international stage. Those four years helped to destroy former thriving industrial cities in regions that would become known as the Rust Belt. We paid a terrible price for the weakness of the man we elected in November 1976.

The nation has come a long way over these past forty years, but one thing hasn’t changed. Our enemies want this nation to collapse every bit as much as the Soviets did. We have just endured a second Jimmy Carter administration – on steroids – and we as a nation are facing the end of our republic.

Few people in government respect the Constitution, not even the Supreme Court justices that include foreign law in their decisions. The president has treated the parchment like a Central American caudillo and virtually rules by decree. Congress has proven to be utterly feckless in protecting its constitutional prerogatives because, no matter what they tell the unaware and compliant citizens in their districts, they all go along to get along, and their snouts are just as deep into the trough as everyone else’s.

Unlike forty years ago, there are not two political parties. There is only one, the Party of Government. Since Ronald Reagan retired in 1989, the Republican Party joined with the Democrats to keep us unaware and compliant.

The leadership of both parties conspired long ago to serve the interests of their donors, most of whom want cheap labor and the end of unions. If that means firing their American workers, hiring foreigners, and forcing the displaced Americans to train their replacements, so be it.

Other donors insist on lopsided free trade agreements that will allow their corporate interests to move off shore. Carrier and Ford moved to Mexico, firing all their workers, non-union and union alike, in the process.

What was far less evident in 1976, that is the elimination of borders, the creation of a unified market and political integration in the western hemisphere, is now very much in the open. The only way the North American Union can occur is to dissolve the United States of America as founded, and also destroy the dollar’s value until a new currency – the Amero – replaces it.

George H.W. Bush told a nationwide audience his plan was to create a New World Order. Bill Clinton and a GOP Congress gave us NAFTA. Ross Perot turned out to be right, after all. That giant sucking sound wasn’t Oval Office shenanigans but rather thousands upon thousands of American jobs relocating to Mexico.

George W. Bush gave us the massive deficits and happy talk about controlling spending. Likewise the GOP Congress was only too happy to give George carte blanche. Baraq Obama led us all down a lightning road leading to our doom. The Democrats engineered the complete takeover of one-sixth of our economy – the healthcare system, one that used to be the envy of the world.

Now, we stand on the precipice as we did in November 1980. I believe the Founder of the United States purposely selected Ronald Reagan to Make America Great Again. The Left has never forgiven his ending the Cold War, but Reagan had a simple solution. “We win, they lose.”

Donald Trump has overcome incredible odds, even beyond what Reagan faced in 1980. He defeated fifteen seasoned status quo politicians. He won thirty-seven primary states, fourteen million votes, and a super-majority of delegates at the convention. I don’t blame anyone for assuming there were far too many coincidences to believe Trump’s survival to this point was dumb luck.

I believe America’s Founder picked Trump to become president for just such a time as this, and like Ronald Reagan, the Left loathes him. The media lies about him, and like they did in 1980, are doing everything they can to keep voters from knowing the truth about Hillary Clinton.

But the Left is fighting the Founder, and He has a different idea. He wins, they lose.