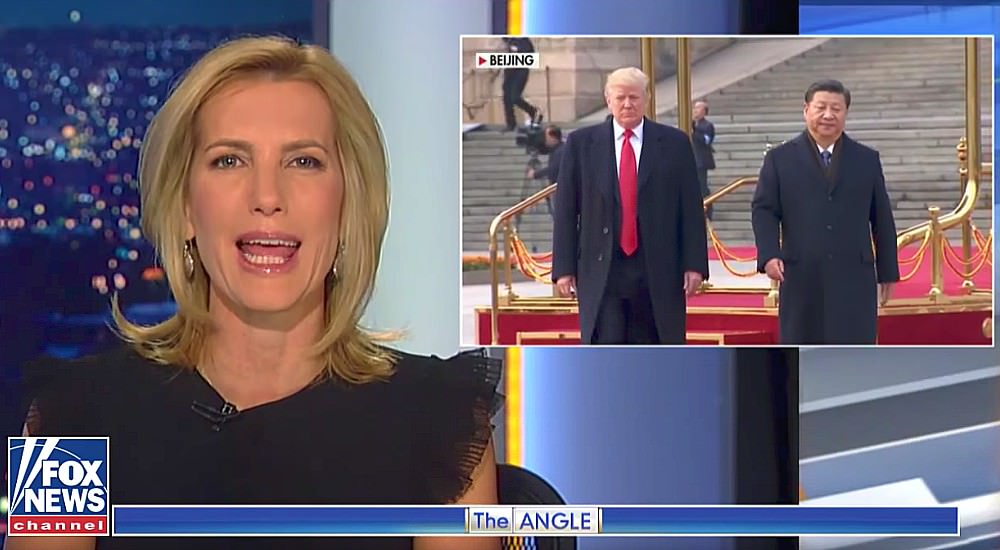 Laura Ingraham thinks a lot of herself these days, because she believes that she “might” have been able to win the race for Governor this past weekend… if she would have run.

“I toyed with the idea of running against [Virginia Democratic Sen. Tim] Kaine for the Senate, and even people were talking to me about running for governor because I think I’d enjoy being governor more than being in the Senate.

But part of the reason I decided “eh, it’s not right for me,” is I haven’t lived long enough in Virginia.

I lived in Virginia when I first came here, the area, in 1987. And I lived in Charlottesville when I was in law school, and I live in Virginia now. But I didn’t live long enough in Virginia and I think that hurts…

Ingraham may or may not be right about winning the Governor’s job, but she was definitely right when she railed against the Left for their false embrace of patriotism in recent days.

“With President Trump in Asia, we’re seeing a shameless and phony embrace of exceptionalism from the left. On the occasion of President Trump’s Asia trip, those who have spent a lifetime singing from the globalist hymnal are now suddenly American exceptionalists. Those who presided over the decline of America’s standing in the world now say Trump is doing this whole foreign policy thing wrong, especially when it comes to China.

The bottom line is this A lot of the arm-chair quarterbacks needle the president’s move in Asia from koi ponds to Japanese cars But before we start taking advice from people who ran American prestige and power into a ditch, maybe we should consider that Trump is doing something different? He’s projecting American power with a lighter touch. And he’s actually connected culturally with the Chinese by honoring their history and appreciating their hospitality. That may not be a bad idea, may not be a bad opening for tough trade and strategic negotiations ahead. We’ll see.”