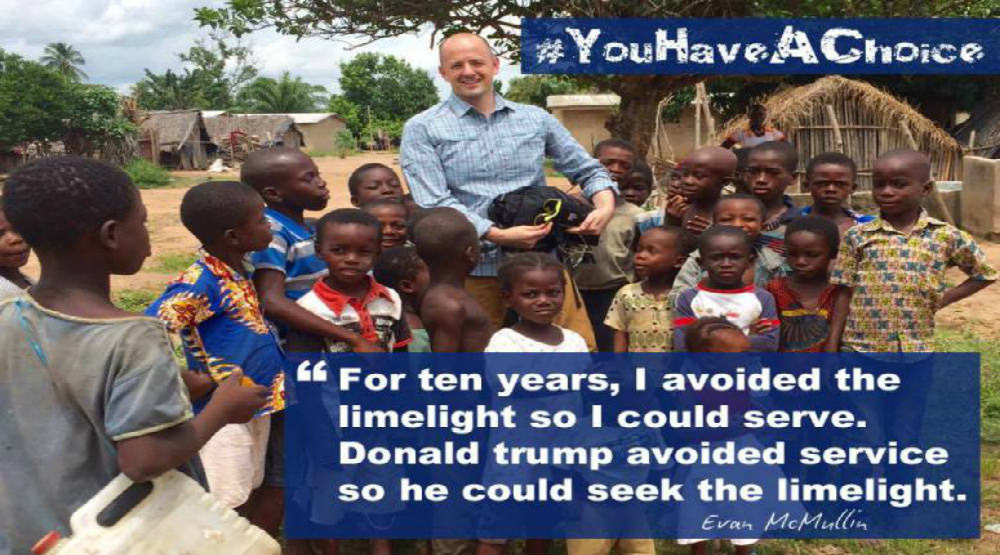 Our immigration system must secure our borders and enforce our laws.

In a world of fewer career opportunities, and more illegal aliens joining the competition for the jobs, that Democrats espouse Americans will not do, we need someone to stand up for the Law, but also for compassion and a common sense approach. Time is long gone for boasting of huge walls, and other countries paying for those walls. Any suggestion that another country will pay for the wall will only hurt the American family with higher prices, and less availability of items.

“Our immigration system must secure our borders and enforce our laws as a basic matter of national security and the rule of law.” As Evan McMullin has stated on his website is the first step to securing American jobs and the American fabric. This is not an idle promise, or just words created by a speech-writer, but from the principles and candor that you receive from the Candidate. “Once our borders are secure, we can begin a national debate on developing a system where law-abiding people can seek a path to legal residence and in some cases citizenship. Our immigration policies should give preference to people who bring unique skills, innovative ideas, technologies, and companies to our country.”

There is no blank rhetoric, not boastful threats, and a common sense approach to the illegal flow of immigrants from other countries. A well thought out approach with honest answers to an honest issue that many Americans are concerned in 2016.

Withdrawing from the world makes us less safe, not more. 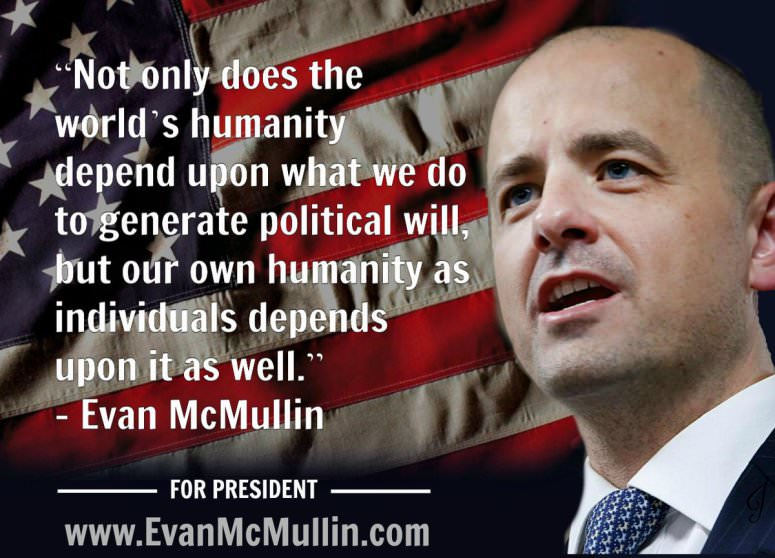 If we use the way of isolationists, then we will harm ourselves, and put our interests, the interests of our friends and allies all at risk, and become a third world player in the greater world of leaders.“Withdrawing from the world makes us less safe, not more. Without American leadership, the cause of liberty at home and abroad suffers, global instability increases and threats to the homeland multiply.” We will suffer, global instability increases, and threats to our homeland increases. This from a man who has traveled the world for the CIA in clandestine jobs, and affairs. He knows what makes America strong in the world, and what makes America weak. We need a President well-equipped to go into the Oval Office on day one and understand what will keep America, and Americans safe around the world. Not one who bloviates, and boasts grand schemes, or one that ignores our men and allow them to be killed as in Benghazi. “America should foster the values of respect for human rights, national sovereignty and strong alliances that make the world more prosperous and stable.”

When we look for leadership, we look for someone who has an approach, and a reason behind their decision. We follow those who have experience, and educated background in the area, and have proven true leadership in that area. Evan McMullin, both in immigration and in Foreign policy and security has a track record, not only in the CIA but as a volunteer to vetted immigrants who were being moved by the UN from one country to another. “On September 11th, 2001 Evan was in training at CIA Headquarters in Langley, Virginia. He completed his training and repeatedly volunteered for overseas service in the Middle East, North Africa, and South Asia, spearheading counterterrorism and intelligence operations in some of the most dangerous places on earth.”

Which One Do You Like Better: The Colt Single Action Army Or The Ruger Vaquero ?
Great American Outdoors
Biden Begins Sounding Alarm on Mysterious New ‘Monkeypox’ Outbreaks
Flag And Cross

We Know for Sure: The Media, the Democrats, and Joe Biden LIED About EVERYTHING Concerning Hunter
The Lid