I Will Not Comply 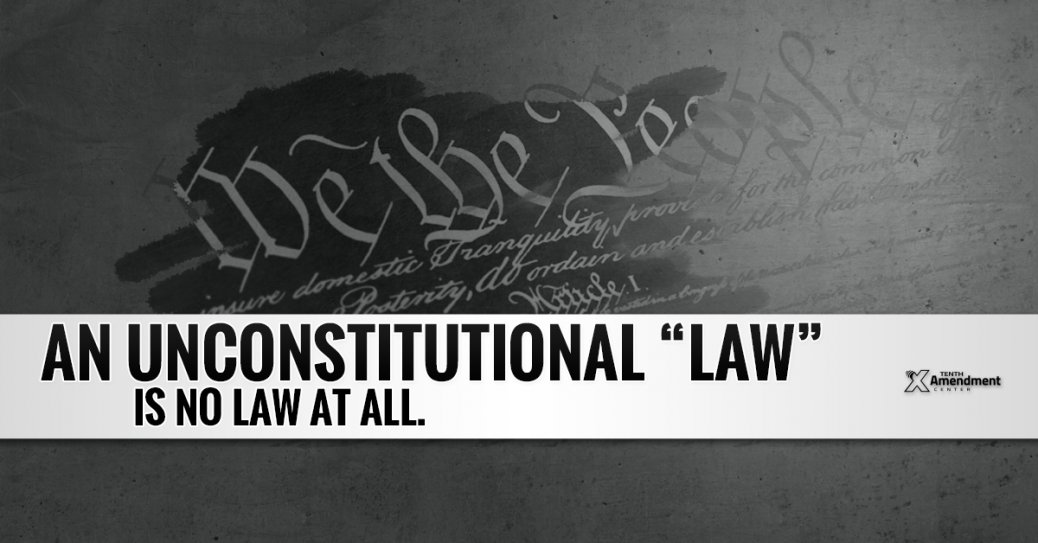 The Democratic Party has grown to be the enemy within our country, and the communist Democrats working in federal positions are the same as foreign agents infiltrated into federal agencies, seeking to do whatever is needed to end this republic. However, an equally dangerous enemy is found in a government that no longer adheres to the limits the document that created government imposes upon them, and now, it very nearly does not matter who occupies the seats of power within government, because the government itself has become a monster that devours the freedom it was established to protect.

Our country is too expansive to be governed effectively by a strong central government without that government becoming tyrannical.

If America ever hopes to restore itself anywhere close to the Founding Principles, the people of America must place liberty first and foremost on their list of priorities and stop asking the government to pass laws that are designed to somehow help them in life. A free man does not need government for anything; they succeed or fail based upon their own merit and accept whatever hand life deals them without asking for any assistance from their government.

Sadly and unfortunate for America, far too many of our countrymen — an extremely high percentage — have the mentality that they shouldn’t be required to take care of themselves; that should be the job of the federal government.

When we tolerate laws that criminalize the defense of our lives, liberty, and property, we make ourselves slaves to those who dictate when and where can defend ourselves. To pass laws which require that a portion of society be required to subsidize the existence of another is also a violation of our right to enjoy the full benefit of the fruits of our labor, i.e. or income. Thomas Jefferson expressed that belief as follows, “To take from one, because it is thought his own industry and that of his fathers has acquired too much, in order to spare to others, who, or whose fathers, have not exercised equal industry and skill, is to violate arbitrarily the first principle of association, the guarantee to everyone the free exercise of his industry and the fruits acquired by it.”

Freedom, or liberty, is a two-sided coin; you are free to do as you please as long as you don’t restrict others from doing the same. At the same time, you and you alone are responsible for the consequences of your decisions and actions. People say they want freedom, and yet, they shun the consequences of their actions, as they seek political candidates who will provide a safety net for them should they fail to achieve success or riches. Much less than freedom, they have embraced the cold chains of serfdom and bowed at the altar of the State, and when you are dependent upon someone or something you are a slave to it.

The American people must stop looking to Uncle Sam to do everything for them. Uncle Sam isn’t going to do a damned thing that reduces the power its agents already hold over you; all you can do is put some kind of barrier that blocks, or nullifies, their ability to exercise that power, unless and until that power grows so obtrusive and repressive that it is intolerable by way of its arbitrary rule and acts of tyranny, rather than representation. At this point, freedom-loving Free Born Americans worth their salt will Rise Up In Armed Rebellion.

Rather than allow matters to progress to that point if Americans want to curb the influence of the federal government — Uncle Sam — in their respective States, they do not need to focus their attention upon candidates too focused on attempting to reduce the power wielded by Uncle Sam. Americans must choose and elect candidates who will tell Uncle Sam that he has no jurisdiction in their Sovereign State, especially when our federal government enforces UnConstitutional junk “law”, illegally and extralegally, such as the President Obama’s “Dreamer” executive order, Obamacare, homosexual marriage and abortion.

As noted in Section 177 of the 16th American Jurisprudence:

“An unconstitutional statute, though having the form and name of law, is, in reality, no law, but is wholly void, and ineffective for any purpose; since it’s unconstitutionality dates from the time of its enactment, and not merely from the date of the decision so branding it. An unconstitutional law, in legal contemplation, is as inoperative as if it had never been passed. Such a statute leaves the question that it purports to settle just as it would be had the statute not been enacted.

Such an unconstitutional law is void, the general principles follow that it imposes no duties, confers no rights, creates no office, bestows no power or authority on anyone, affords no protection and justifies no acts performed under it.

A void act cannot be legally consistent with a valid one. An unconstitutional law cannot operate to supersede any existing valid law. Indeed, insofar as a statute runs counter to the fundamental law of the land, it is superseded thereby.

No one is bound to obey an unconstitutional law and no courts are bound to enforce it.”

Americans must awaken to the fact that our federal government no longer serves the limited purposes for which it was established. It is a government that consistently and regularly encroaches on our rights of life, liberty and property, ignoring or dismissing them altogether, just as we witnessed in recent years, with its attempted overreach on our Second Amendment and numerous violations of the Fourth Amendment and the abuse of Cliven Bundy’s family and the Hammond family and the murder of Robert Lavoy Finicum at the hands of its agents, using force when it has no authority or right to do so.

Uncle Sam derives its power by way of our consent. If we simply withdrew that consent, saying “I will no longer comply”, in a unified voice, whenever our federal government violates one of our God-given Inalienable Rights, there wouldn’t be a damned thing they could to about it.

If liberty is the primary reason for which all governments should serve to protect, the American people need to place that first and foremost on their list of priorities, so their children’s children and generations beyond will grow up in a land of true freedom and liberty. And they must stop voting for any candidate who seeks to limit liberty, or will not defend liberty to their last dying gasp.